Hands on with the Blackphone tablet

“The relationship between the phone maker, the carrier and the end user is such that nobody is watching the end user’s back. They are all looking at each other saying they should be doing it.”

This is what Jon Callas, CTO of Silent Circle and creator of the Blackphone had to say about Samsung, Apple and BlackBerry’s approach to keeping smartphones secure. 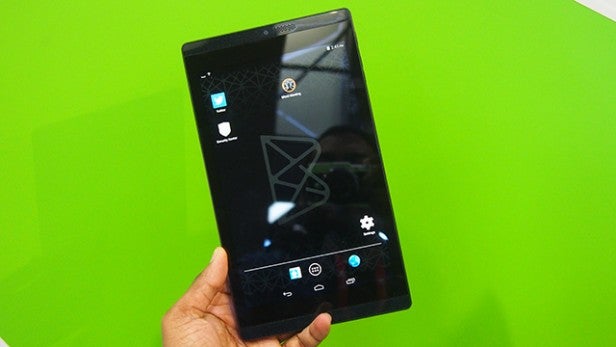 I was fortunate enough to grab some time with Callas, who not only had the new Blackphone 2 to show me, but even let me have a play with the company’s first tablet. It’s a 7-inch slate that’s still has privacy at its core, but Silent Cirlce has yet to say how much it will cost and when it will launch this year.

Full specs weren’t available yet, either, and I was told it was still at such a protoype stage that they hadn’t made a final decision on the screen aspect ratio. At the moment, it looks a whole lot like an Nvidia Shield Tablet with its front-facing speakers and grey-on-black design. Connections are all on one of its slightly chunky edges, including a Micro USB charging port and micro SD card slot.

It’s nice to hold and not too heavy, but the design still clearly needs some refining. 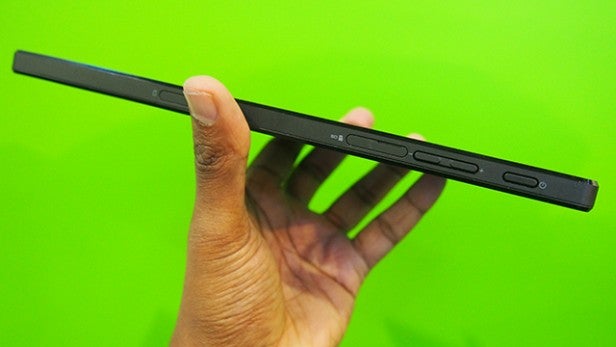 The Blackphone tablet will run on the same Android-based PrivatOS operating system as the Blackphone and Blackphone 2. It looks like normal, everday Android, but it has some nifty security features to prevent people from getting into your data, such as the new Spaces. This creates a virtualisation system where you essentially have two separate tablets running on one. This helps split work content from personal content, plus you can have multiple Spaces and set them up for different members of your family.

Callas explained it by saying, “I tell my people I’m going to go to China for a week, they lock down a Space so you only use this Space while you’re in China and then you can delete it afterwards and you won’t get hacked. You can also do things like have a work account and a personal account for Facebook and Twitter in different Spaces. It’s genuinely two different copies of the app. You can have two different VPNs. It goes all the way down to the guts of the operating system.” 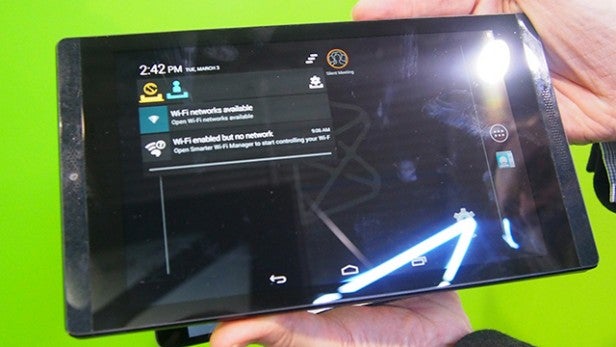 Alongside Spaces, Silent Circle is also introducing a Silent Store storefront for privacy apps. It’s also working on methods of encrypted communication where you can make calls that go first to its servers in Holland and Switzerland where they’re protected so that they can’t be listened in on.

While the Blackphone tablet’s hardware needs some finessing, the software is where things get really interesting. What was once a niche product now feels more desirable – there’s greater demand for a more secure Android platform, and that’s what the Blackphone model is trying to achieve. Adding a tablet to the range make perfect sense as more people move between working on tablets and smartphones.

With a lack of details on cost, there’s no knowing if it’s going to be priced affordably for everyone to own. If Silent Circle can strike a good balance between features and price, there could be a greater appetite for a secure tablet than there was when the first-generation Blackphone launched a year ago.