What is the Blackmagic Design Intensity Extreme?

Recently I went hands on the the Blackmagic Design Intensity Shuttle, and while it was a formidable device for capturing almost anything, it wasn’t without its flaws. Sticking with the same product line, I went a step above to the Intensity Extreme in order to find out if the higher price tag translated to an overall better product.

Unlike most capture devices making their rounds, the Intensity Extreme is a Thunderbolt only device. This will almost instantly exclude quite a few gamers out there, but if this doesn’t leave you or your wallet shaking in its boots then you may find the hefty requirements worth it. 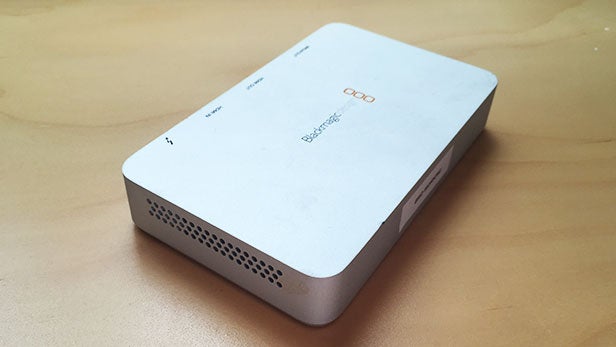 As always, I like to take a look the capture device first and see how well it would fit into my delicately balanced eco-system of tech that fills my home, something which the Intensity Extreme handles well. It takes the form of a brushed steel box that’s actually smaller than the iPhone 6S. It’s subtle enough to sit next to consoles and PC rigs alike.

However, you’ll find it much weightier than its looks imply, coming in at around 544g. Still, carrying it around is a snap thanks to its pocket size and shape.

On the back you’ll find a HDMI in/out, Thunderbolt and breakout VGA socket allowing for a nice selection of input sources should you need them. Although sadly, as with the Shuttle, you won’t find any cables included, just the capture device itself and a copy of Blackmagic Media Express, the native software that left a lot of room for improvement. 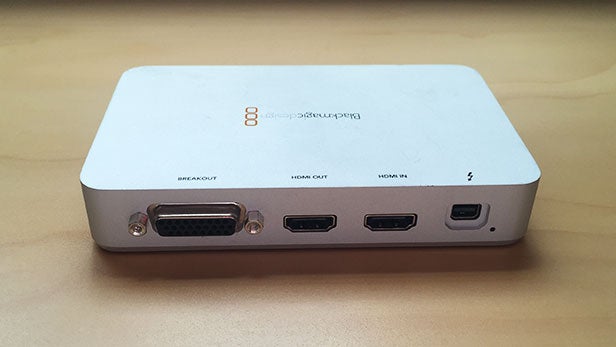 Modern beauty aside, you’ll find capturing a pain-free experience with easy setup. Captured footage hits a smooth and clean 1080p full HD, but as with its predecessor, the Intensity Extreme caps out at 30fps unless you drop to 1080i. This is yet again some what of a let down, especially with 60fps quickly becoming the industry standard. It’s a shame that this framerate seems to be such a struggle for the Intensity Extreme.

Pass through works smoothly with latency is so low that you could easily choose to capture and play straight through your PC set up of choice, if you wish.

Native software “Blackmagic Media Express” still has its problems and wouldn’t be my software of choice when using the Intensity Extreme, thanks to its demands for exact input resolution during set up and sound issues during preview, but thankfully it’ll work happily alongside any other recording software you may have at hand.

During my time toying around with the Intensity Extreme, I found it was uniquely suited for recording gameplay from iOS devices, something that’s often been a bit awkward. As long as you’ve got a Digital AV Adapter handy, you’ll be able to hook your iOS device straight into the Extreme and get capturing. Thanks to its size and shape, you’ll find the whole setup small enough to utilise in the smallest of coffee shops. (It may sound crazy, but if you record a lot of gameplay, any extra sunshine is welcome!) 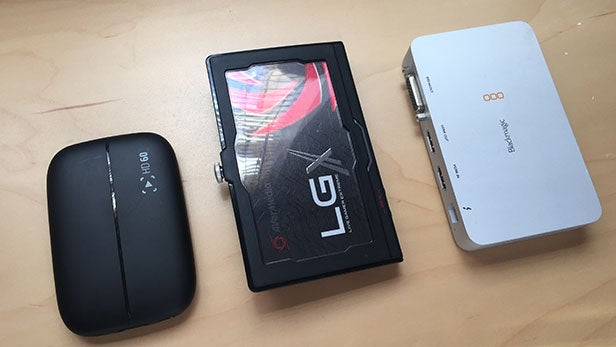 Overall the Intensity Extreme is a smart capture device that does what it sets out to extremely well and pain free and as an added bonus, is rather well suited to iOS capture. Once again the lack of supplied cables and inability to capture 1080p 60fps brings a downer to the occasion but this is still a great little device at a great little price.