What is the BlackBerry Z30?

The BlackBerry Z30 is the largest phone BlackBerry has ever produced, at least it has the largest screen. It’s a larger-screen alternative to the BlackBerry Z10, its 5-inch screen matching the most-celebrated Android phones of the year. At £500 it matches phones like the Galaxy S4 on price too. If you care about apps at all, that phone or an iPhone 5C is a much better choice. But there’s no doubting that this is a quality phone in most respects. 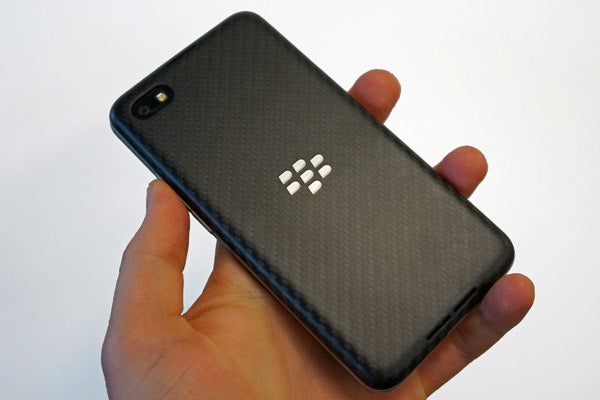 It’s common these days for phones to try to look and feel as thin and light as possible. In a world of phones of ever-increasing size, it’s quite a feat, but the BlackBerry Z30 doesn’t care much about such things.

The BlackBerry Z30 would rather seem strong and reliable. That is part of the reasoning behind the look of the phone’s back, which is made of a ‘glass weave’ plastic that looks a lot like carbon fibre and is twice as strong as normal plastic, according to BlackBerry.

These may be the words of a cynic, but the ‘strong’ look of this glass weave rear is undoubtedly its most important aspect. Its actual protective benefits don’t stand up to all that much scrutiny. A phone is most at risk of serious damage when dropped on its edge, causing ripples of pressure that can shatter a screen. 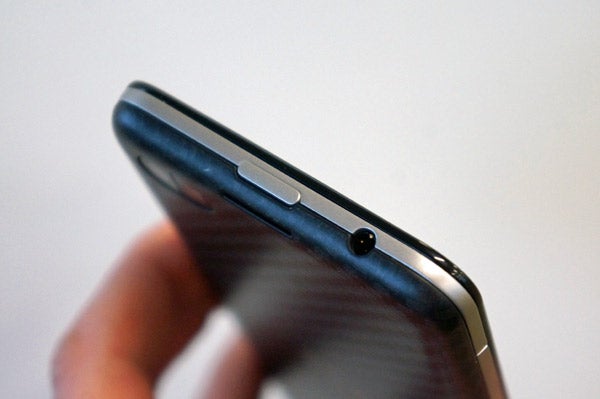 The parts of the phone that would impact in the BlackBerry Z30 in this situation are the standard metal effect plastic edges, not the clever glass weave parts. To look further into the issue, we should also consider what sort of strength a glass weave structure could supply – there’s more than one kind of strength.

The BlackBerry Z30’s weave rear likely offers more high tensile strength than standard plastic, meaning the back casing won’t snap or deform as easily. It also helps to give the phone a strong, tough feel. The back casing is topped off with a soft touch layer, which determines how it feels on the fingers (soft and smooth), but it also flexes less than bog-standard plastic.

Adding to the impression of strength, the BlackBerry Z30 isn’t particularly thin or light. It’s 9.4mm thick and at 170g it’s much heavier than most rivals of this size. The Galaxy S4 is 130g, the HTC One is 143g. It’s a chunky beast. However, it’s small enough to avoid causing any serious usability problems. 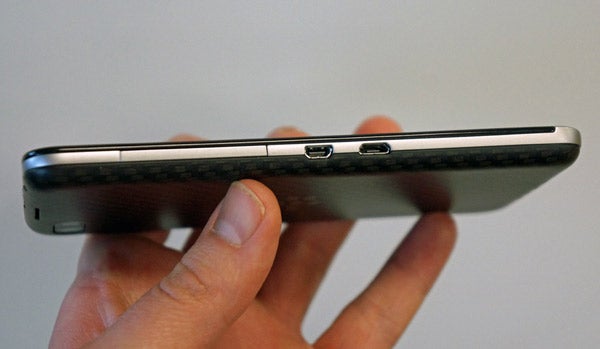 It has a few extra hardware features that nerds will love, too. On its left edge next to the usual microUSB port is a microHDMI video output, and under the plastic cover is a microSD memory card slot.

You get 16GB of internal storage, and to be frank that’ll probably do the trick unless you want to store music or videos (given there are so few games for BlackBerry 10 phones). The final neat hardware extra is the multi-colour LED indicator that flashes red, green or blue depending on the type of notification it’s telling you about. It sits above the screen, hidden in the screen surround when not flashing.

The BlackBerry Z30 isn’t the most beautiful phone in the world. It cares too much about practicality to trade away everything for looks. The buttons are obvious and its ports are not remotely disguised. But thanks to the redesigned back, it comes across as a step up from the Z10. 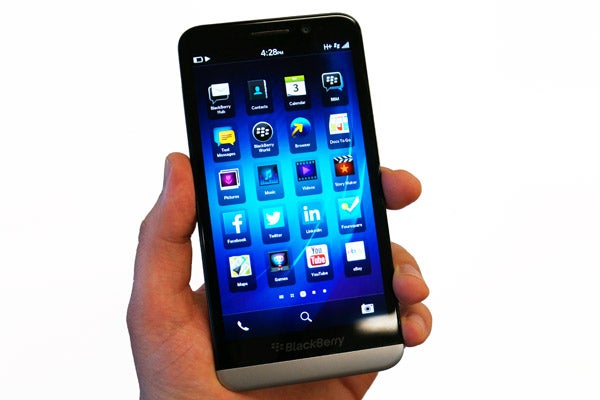 Does it matter? Not much. This is a sharp screen, although if you look close you can tell it’s not as sharp as the best.

Other aspects of the display are either very good or excellent. Contrast and black levels are top-notch, viewing angles are fab and colour is surprisingly good.

AMOLED-type screens often have oversaturated colours, and can appear blueish when tilted at an angle. Colours are fairly faithful here and there’s no major colour distortion caused by angled viewing.

As we’d expect from a Super AMOLED screen, response times are excellent too, meaning you don’t get any ‘trails’ when flicking quickly through high-contrast menus.

There’s little to seriously dislike about this screen.