The BlackBerry Q5 runs the updated BlackBerry 10.1 operating system. BlackBerry 10 is simple and intuitive to use, and its range swipe and gesture controls quickly become second nature.

But BB10 is not still without its teething problems. The continued lack of high-profile app support remains a major concern. The BlackBerry World app store is still bereft of big name apps, such as Instagram and Netflix. What’s more, of the more than 120,000 BlackBerry 10 apps that are now available, there are more than a few cheats. BBC iPlayer (a must-have for many smartphone users) is a prime example.

Unlike the iOS and Android iPlayer apps, which offer native apps, the BB10 iPlayer app is nothing more than a link to the iPlayer website. This is not a sole example either; there are hundreds of these web links masked as apps. There are some highlights on the game front, such as Stick Tennis and
Super Cricket, but clearly there’s still a lot of work to do get the app
collection anything close to iOS or Android. 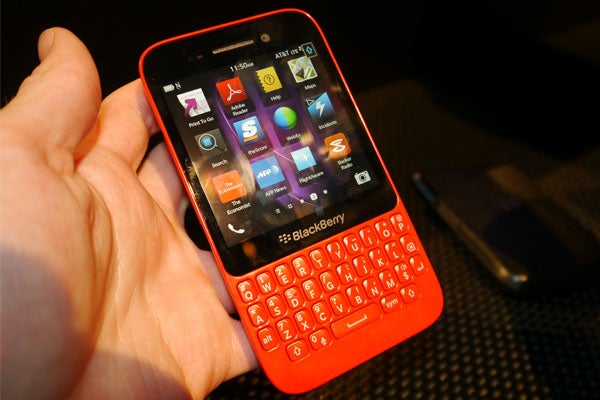 One of the key features of BB10 is the ability to switch seamlessly between personal and business profile, which works well if you plan to use the Q5 for work. The BlackBerry Hub brings together all alerts, notifications and messages from all of your accounts, but it still feels a little clunky to locate being hidden off past all the homescreens.

The BlackBerry Q5 does, however, create a fluid, intuitive balance between the software and hardware, as the keyboard supports a selection of shortcut options. Typing ‘Tweet’, ‘Email dad’ or ‘Text mum’ from any homescreen will instantly take you to your desired location, letting you continue to type your message without pause.

BBM is, as always, a beneficial addition allowing for free messaging between fellow BlackBerry owners. With a BBM iOS and Android app set to launch in a matter of weeks, it’s not a BlackBerry exclusive like it once was, but it’s still the most secure way to trade instant messages. 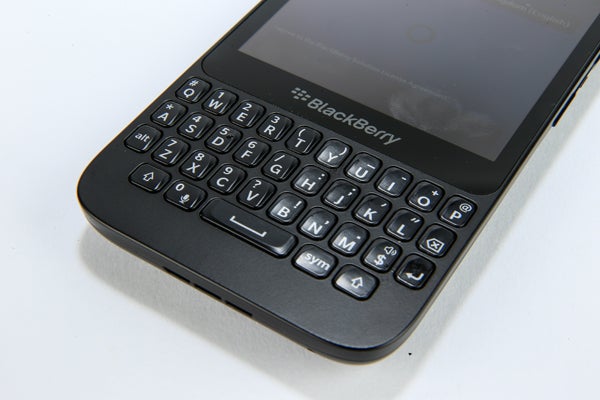 The 1.2GHz dual-core processor at the heart of the BlackBerry Q5 is half a step behind the BlackBerry Q10 but, for the large part, is up to the tasks thrown at it. Paired with 2GB of RAM, it keeps things running along smoothly, but shows its lack of legs when facing more strenuous demands. Apps open promptly, with only occasional judders and missed steps.

The phone becomes more than a little warm during prolonged periods of use, though, with this excessive heat being focussed around the phone’s lower half. It’s not dangerously warm, but it’s a little disconcerting when it does happen.

The Q5’s minimal 8GB of internal storage is, thankfully, expandable via microSD up to 32GB. This lack of further internal storage space is yet another reason to question the Q5’s lofty price tag. NFC is present and works well with tags, but its inclusion is still of questionable importance. 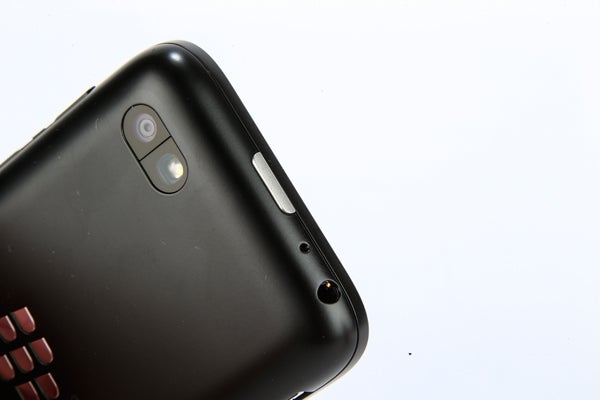 The BlackBerry Q5’s camera is not quite what you would expect from £320 mid-market phone. It takes decent shots, but struggles severely with focussing problems. We frequently missed our desired shots and it’s sluggish enough to cause those once in a life-time moments to be missed – including our chance to get up close and personal with Lewis Hamilton’s F1 car!. 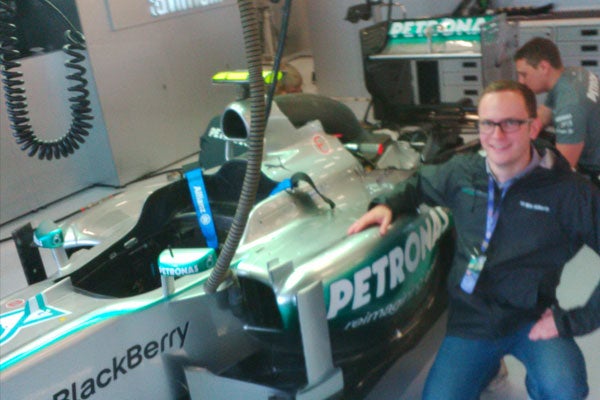 It performs moderately well in less than ideal lighting conditions, however. Although still some way off being a dedicated compact replacement, the Q5 camera was able to turn slightly glum indoor lighting into perfectly acceptable snaps. An LED flash is present, but it’s overpowering in close quarters.

Again, however, the Q5’s 1:1 aspect ratio causes problems. The camera’s standard mode replicates its square form, which means shots are unusually sized and look awkward when viewed on anything other than the phone’s screen. This can be changed in settings to more traditional 4:3 and 16:9 aspects, but then they’re hard to view on the phone’s screen. There’s no easy compromise. 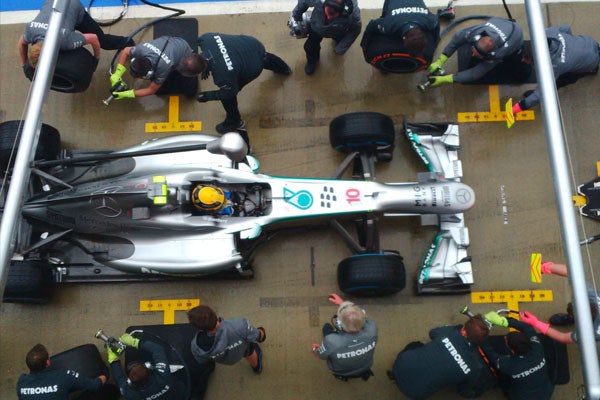 A second, 2-megapixel camera sits up front and is ideal for video calling or more engaging BBM conversations. It handles challenging lighting conditions well, and helps redeem some of the focussing woes of its rear-mounted partner.