What is the BlackBerry Q5?

The BlackBerry Q5 is only the third BB10 handset to make it to market, and the first to target a more affordable price point. A replacement of sorts to the BlackBerry Curve range, the Q5 is the mid-market sibling to the touchscreen BlackBerry Z10 and the fellow QWERTY BlackBerry Q10.

The Q5 has the same 3.1-inch HD display as the Q10, but runs a slower 1.2GHz dual-core CPU and has a 5-megapixel rear-mounted camera. It’s available for £320 on a PAYG basis, so it’s priced to go head-to-head with the Samsung Galaxy S4 Mini, and is available in black, white and red.

Is the BlackBerry Q5 cheap enough to convert those upgrading from old BlackBerry OS 7 handsets and can BB10 bring the fight to Android? Let’s take a look.

It doesn’t get off to the most auspicious of starts. The BlackBerry Q5’s design is not the most ergonomic, solid or pleasing on the eye. At 10.8mm thick and 120g in weight the Q5 isn’t especially thick or heavy, but it feels heavier at its base than at the top (perhaps because of the QWERTY keyboard), which makes it feel unbalanced.

The BlackBerry Q5’s plastic body doesn’t help, either. It makes the Q5 feel more like an entry-level phone than a £320 mid-range one. It creaks and groans when put under even moderate amounts of pressure, and our sample shows signs of wear after just a few days’ use.

The Q5’s design is a long step away from the premium metal and carbon fibre effect Q10 and struggles to meet the build quality of many of its similarly priced rivals, including the aging but still stunningly timeless iPhone 4 and the world’s thinnest smartphone, the Huawei Ascend P6. 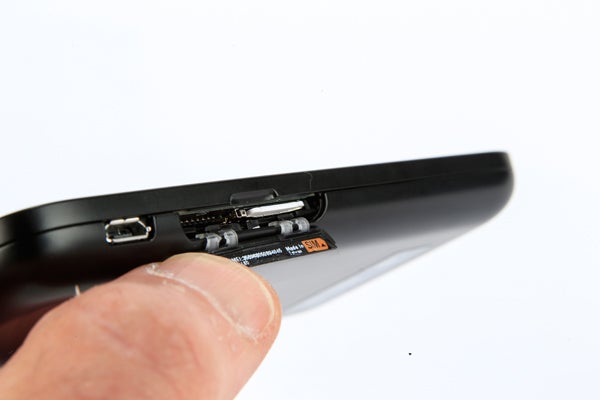 On more practical points, the backplate isn’t removable. Not only does this lock the battery in, it means the SIM and microSD slots are only accessible via a fiddly plastic flap on the phone’s left edge. It’s far from robust and is yet another point of weakness. Button placement is sensible, however, and the controls are easy to reach when holding the phone in a single hand. It’s just a shame the Q5 doesn’t feel nicer.

As has often been the case with BlackBerry’s handsets, the Q5’s physical QWERTY keyboard is the phone’s saviour. The keys are well-spaced and a comfortable size, which makes tapping out messages fast and effortless. If you can look past the slightly chintzy design, the Q5’s QWERTY keyboard won’t disappoint. 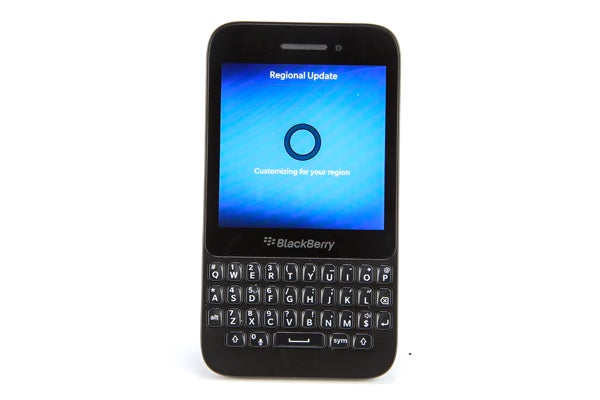 The BlackBerry Q5’s screen is pleasingly sharp and detailed, despite its peculiar 1:1 aspect ratio. Like the BlackBerry Q10 before it, the Q5 has a 3.1-inch square display with a 720 x 720-pixel resolution. A strong 338 pixels-per-inch image density means text is pin sharp with no faint or smudged edges.

Its sharp, then, but the Q5’s LCD screen could benefit from being a little brighter. Colours are just as rich and vibrant as on many an AMOLED display rival, like the Samsung Galaxy S4 Mini, but it’s hard to use in bright, direct sunlight, where glare becomes a problem.

The BlackBerry Q5 screen looks ever so slightly recessed, too, which probably explains its problems in bright light, but that’s not the most serious problem. The Q5 constantly struggles to overcome the limitations of its 3.1-inch square display. Web pages look cramped videos are near unwatchable as they’re so small and crushed by black bars.

It’s a problem for games, too, as many of the BlackBerry 10 apps available don’t adapt to the Q5’s 1:1 aspect ratio.