The BlackBerry Q10 is the first phone to land running the BlackBerry 10.1 operating system update. As a result, the Q10 is a joy to use, mostly.

The keyboard shortcuts introduced in BlackBerry 10.1 combine with the full physical QWERTY to negate the need to swipe, select and shuffle your way through multiple menus and app options.

An example of such a shortcut is the ability to type “text dad” from the homescreen. Doing so will see the handset jump straight to the messaging features and input the desired contact details. This is a true timesaver.

The BlackBerry Q10 is by no means sluggish, but nor is it the most powerful device on the market. It’s powered by a 1.5GHz dual-core processor and features 2GB of RAM – not bleeding-edge but good enough for most people. 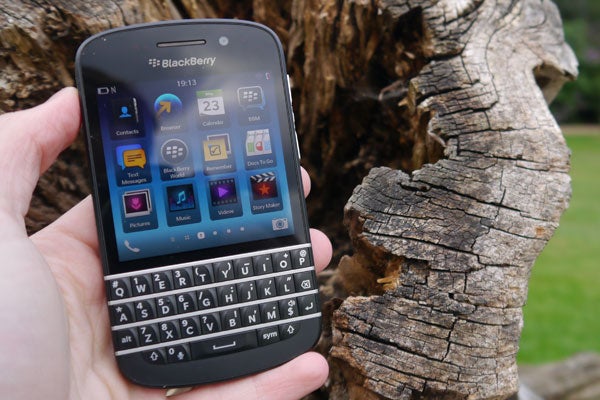 Jumping through menus and reverting back to the home screen is prompt and fuss free. Opening apps, however takes that fraction of a second longer than desired. It’s a niggle rather than a major problem, but a noticeable one if you come from an iPhone or top-end Android phone like the Samsung Galaxy S4.

Allowing for this minor gripe, we must add that turning the BlackBerry Q10 on is a particularly laborious process. With boot times easily topping the one minute mark, this seemingly straightforward, basic function becomes an arduous task.

The BlackBerry Q10 isn’t the perfect option for heavy-duty gaming, but that’s not what it’s designed to handle. Instead, the BlackBerry Q10 is attuned to business use with a smattering of entertainment, a balance it pulls off well.

The BlackBerry Hub further aides the Q10’s user experience. Collating all activities in one easy to reach location, the Hub brings together message alerts, emails, BBMs and social media notifications. The BlackBerry Hub quickly becomes a one stop shop for all communication needs. 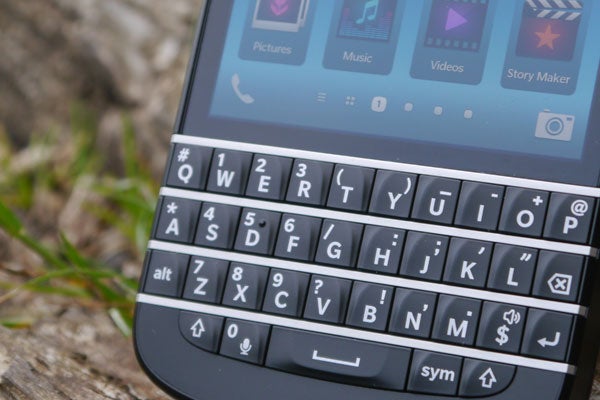 The BlackBerry Q10, like its Bold, Curve and Torch siblings before it, has the company’s BBM messaging system at its core. And BBM on the Q10 is as strong as ever, interacting seamlessly with the BlackBerry Hub, so you can keep in touch, fee free, with those closest to you at all times. Moreover, while BBM is currently BlackBerry only, BlackBerry plans to launch iOS and Android BBM apps later this summer, so you won’t be all alone on there.

Call quality on the BlackBerry Q10 is strong, too. We suffered no dropped or phantom ‘unreceived’ calls, and the Q10 maintains a decent signal in places other phones struggle. Calls are loud and clear with no distortion, and the Q10 deals with background noise well.

The BlackBerry Q10 browser is a hit and miss affair that overcomes some shortcomings, namely the smaller screen. Pages load quickly over cellular or Wi-Fi means, and well laid out options and quick access to shortcuts make the Q10 browser is efficient and business like. The QWERTY keyboard makes inputting URL’s a breeze, with no pop-up digital display crowding out on-screen content.

However, a lack of text reflow is a slightly disappointing omission on such a small screen, one which means there is more swiping back and forth for than we’d like. Tabbed browsing is fussier than Android rivals, too, with more menu options to navigate than is strictly necessary. 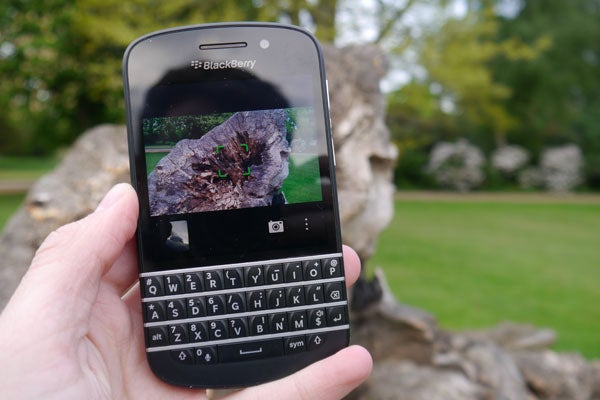 The BlackBerry Q10 camera setup is a very familiar one – it’s the same as the BlackBerry Z10. That means an 8-megapixel camera ‘round back and a 2-megapixel one up front that, on paper at least, isn’t the most desirable on a current flagship phone.

In use, however, the integrated snappers are surprisingly strong performers that capture impressive stills in challenging lighting, blossoming in ideal shooting situations. The main camera captures pleasing amounts of detail and definition with good colour management. Bleak, grey skies often come out as a drab, lifeless blank slate, but it’s not an issue exclusive to the Q10. 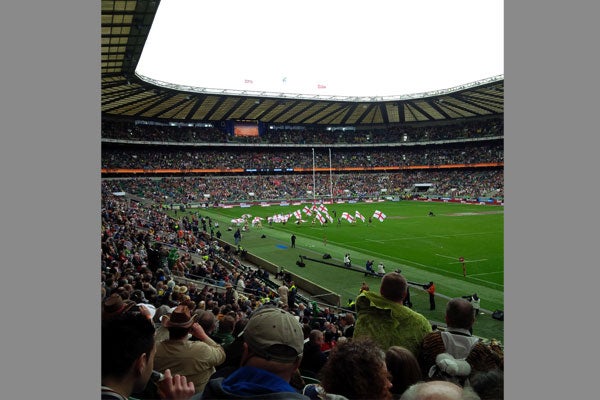 Only focus and the built-in LED flash let the Q10 down. The focus isn’t as reliable as rival phones, while the flash lends dark indoor scenes an artificial tinge. The Q10’s abundant image editing options help a little here. The usual black and white, sepia and lomo effects are joined by brightness, white balance and sharpness, so you have a little more control, but they’re not miracle workers.

The Q10 adds an HDR (High Dynamic Range) mode that was missing from the Z10 but added in BB10.1. It aids shots in taken in low natural light, enhancing detail at the expense of some colour contrast. 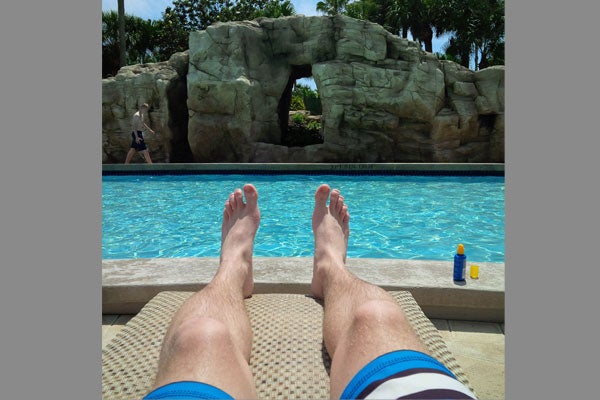 Another BlackBerry Q10 camera feature of note is Time Shift. Introduced with BB10, Time Shift lets you capture an image burst, scrolling back through the timeline to select the optimal shot of your subject, such as a person’s face. It’s a useful feature that gives the Q10 something a little different.

The Q10 captures 720p HD video, too, that’s of a similar standard to rivals. Colours aren’t as refined as those in still photos, but unwanted noise and motion blur are kept to a minimum. The front-facing camera meanwhile is fine, though it struggles more than the rear camera in low light.

The BlackBerry Q10 camera shoots at a 1:1 aspect ratio as standard in order to fit the handset’s screen. This occurs for both video and stills photography. Although the square ratio can be an annoyance when transferring handset captured shots to a desktop device, this is an issue easily resolved in the settings. 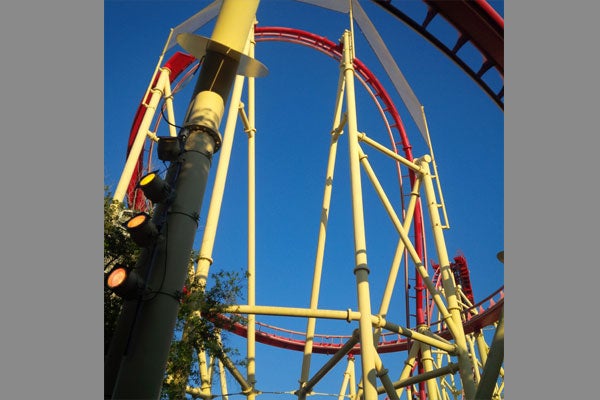 While the Q10 can shoot in more traditional 4:3 and 16:9 aspect ratios, doing so causes far from ideal playback options on the Q10 itself. Considerable black bars top and bottom detract from otherwise engaging images.

The Q10 gallery is not the most natural or intuitive to navigate either. If anything, it highlights some of the remaining niggles of the BB10 OS. Overall it creates a bitty and unnecessarily chunky user experience.