The BlackBerry Motion has a single 12-megapixel camera on the rear of the handset, neatly stepping around the kind of dual-lens zooming and background blurring some mid-range phones now offer.

This is a fairly conventional camera, but it does have one feature that’s so “BlackBerry” it hurts. The camera has a specific mode for capturing business cards, complete with optical character recognition.

One other part that’s slightly different from the norm is the “always there” exposure dial, which sits just to the left of the shutter button. You can alter the brightness with a quick gesture. If you’d rather just point and shoot, that works too. 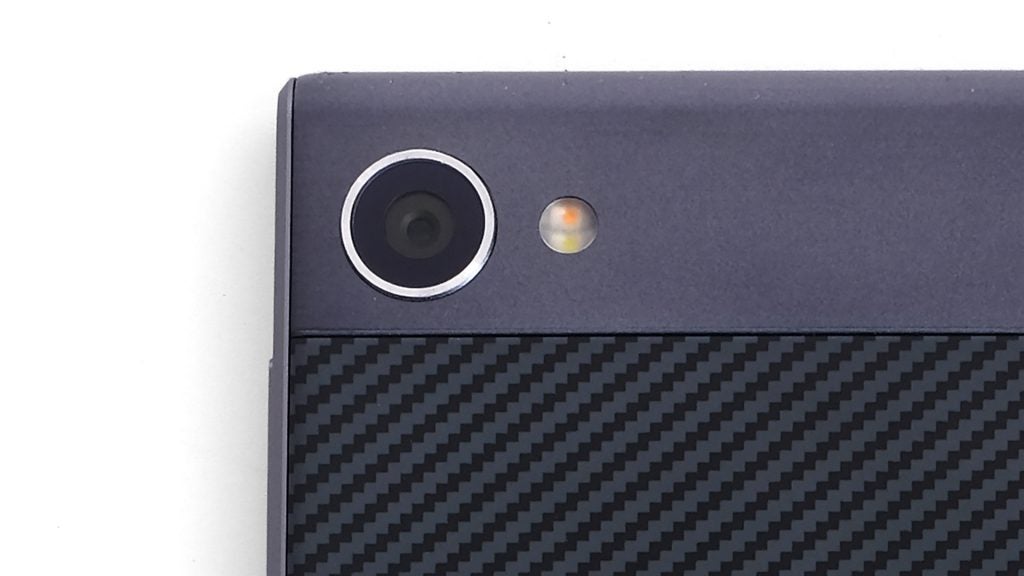 The BlackBerry Motion’s camera feels reasonably fast in just about all conditions, with minimal shutter lag and (usually) no focus seeking. However, image quality is a somewhat mixed bag considering it may use the same high-end Sony IMX378 sensor as the BlackBerry KeyOne (and Google Pixel). BlackBerry hasn’t released the Motion’s sensor type, but its specs sound the same as those of the KeyOne.

In daylight, the Motion’s photos are fine. There’s enough detail to satisfy and colour balance is acceptable. However, the best rivals offer far better dynamic range optimisation. Here, the foreground can end up looking pretty glum against a bright sky.

It’s perhaps mid-level lighting shots that disappoint the most. Images rapidly become soft, losing the punch they have in perfect lighting.

At night photos look very soft, and the settings used by the Motion (according to the images’ EXIF info at least) are at times quite strange. The shutter slows down to 1/3 of a second at night, which is extremely bold for a phone that’s lacking optical image stabilisation. That said, I was still able to achieve sharp images within the limits of the low-light processing (not that sharp at all).

One-third-of-a-second exposures should mean the Motion can take detail-packed images with a still hand, but the results end up looking vague. Looking over the dozens of images I’ve taken, there are also quite a lot of shots with handshake blur.

There are some signs of remedial processing too. In all light conditions, there’s often quite a lot of purple fringing and chromatic aberration. You’ll find hints of purple across a lot of images if you look hard enough.

There’s also one usability niggle. At times I’ve found the BlackBerry Motion takes shots before focus is achieved, making it a good idea to take several exposures when you whip out the camera quickly. There’s actually a mode that tells the Motion not to wait for focusing, but it seems to happen even when this mode is ‘off’.

Here are some demo shots: 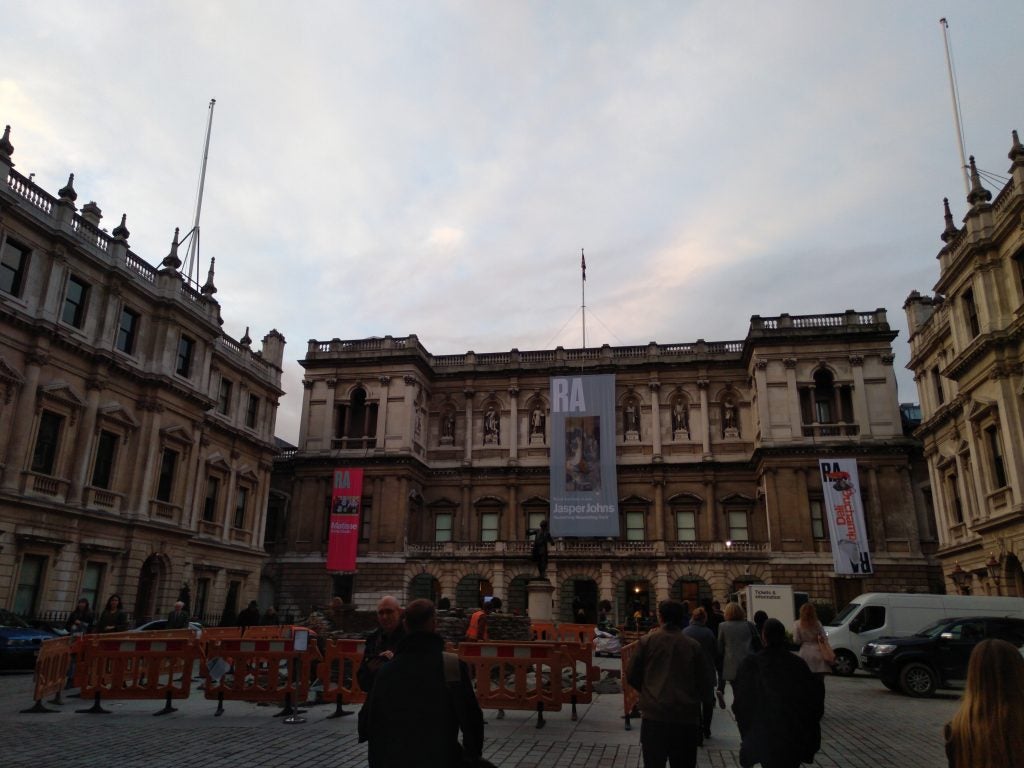 No overexposed sky, but the Royal Academy looks quite dull here. 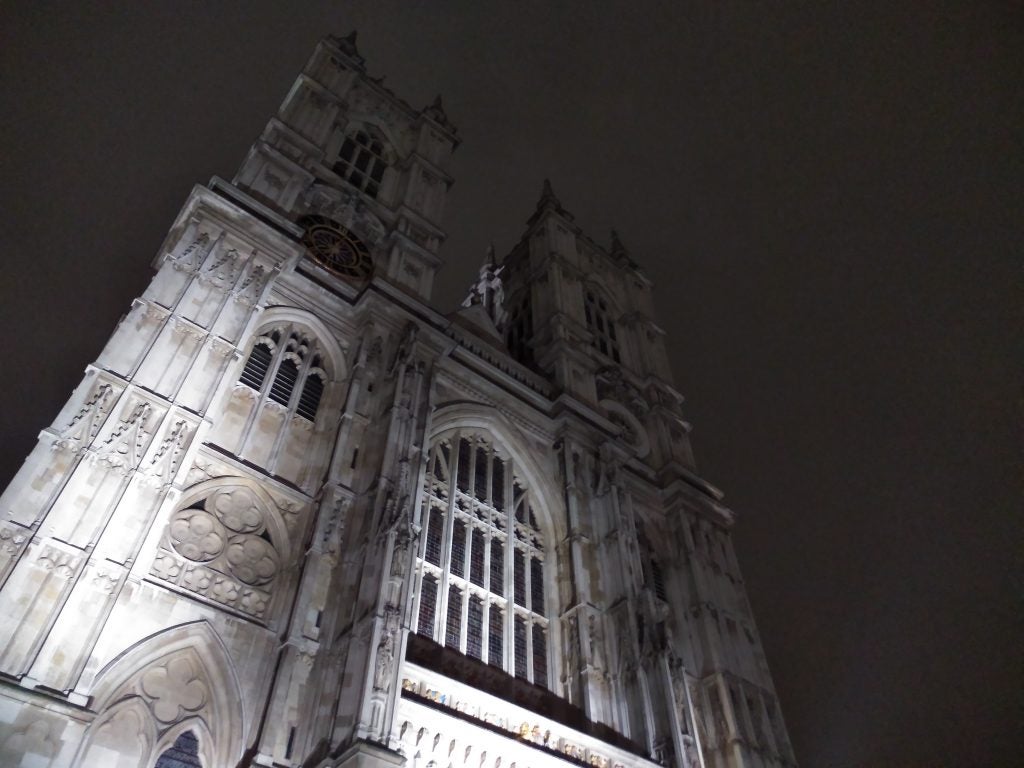 This is one of the better night shots I got out of the Motion, but it’s still a little soft 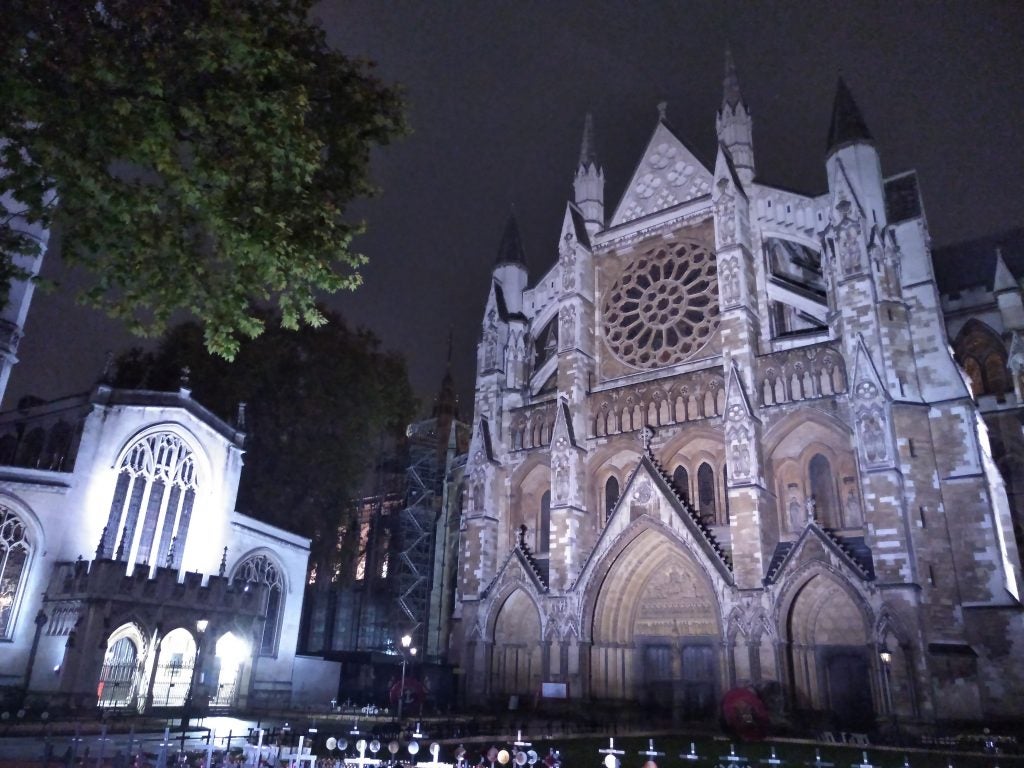 It’s clear, but there isn’t much detail when you look closer 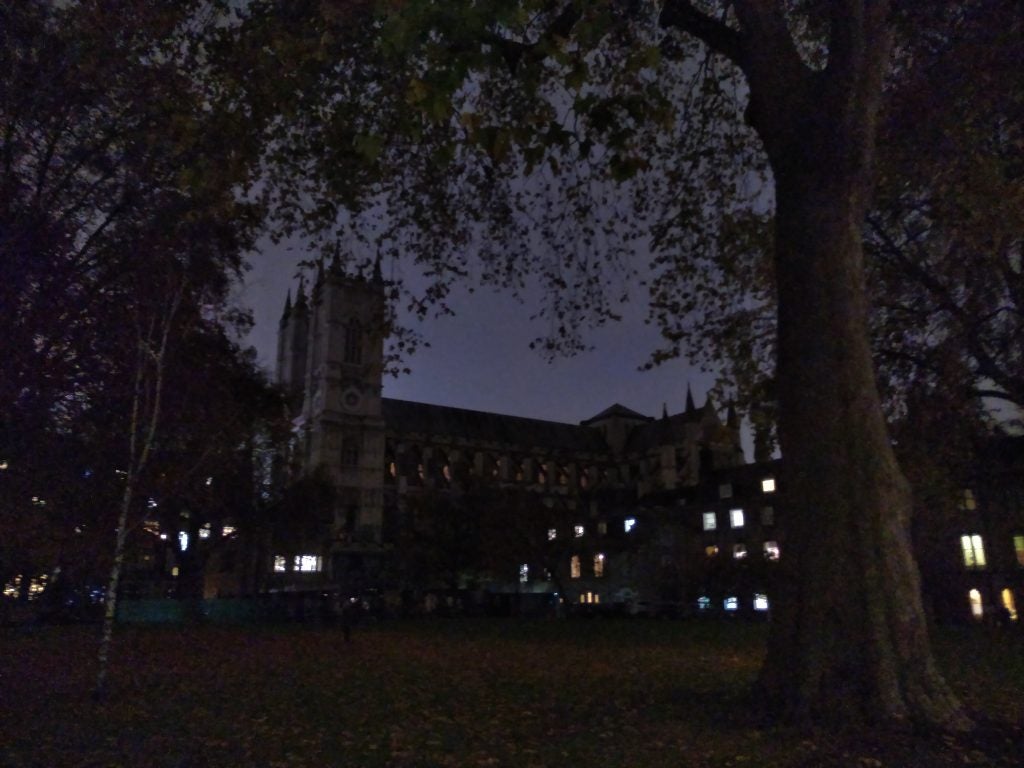 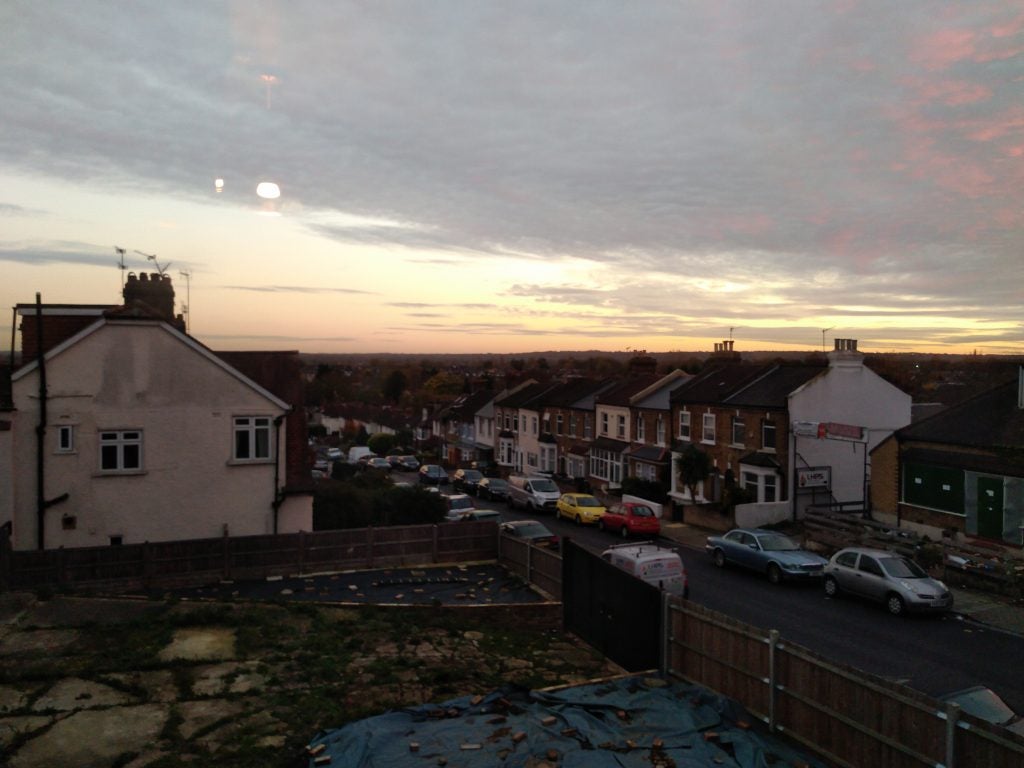 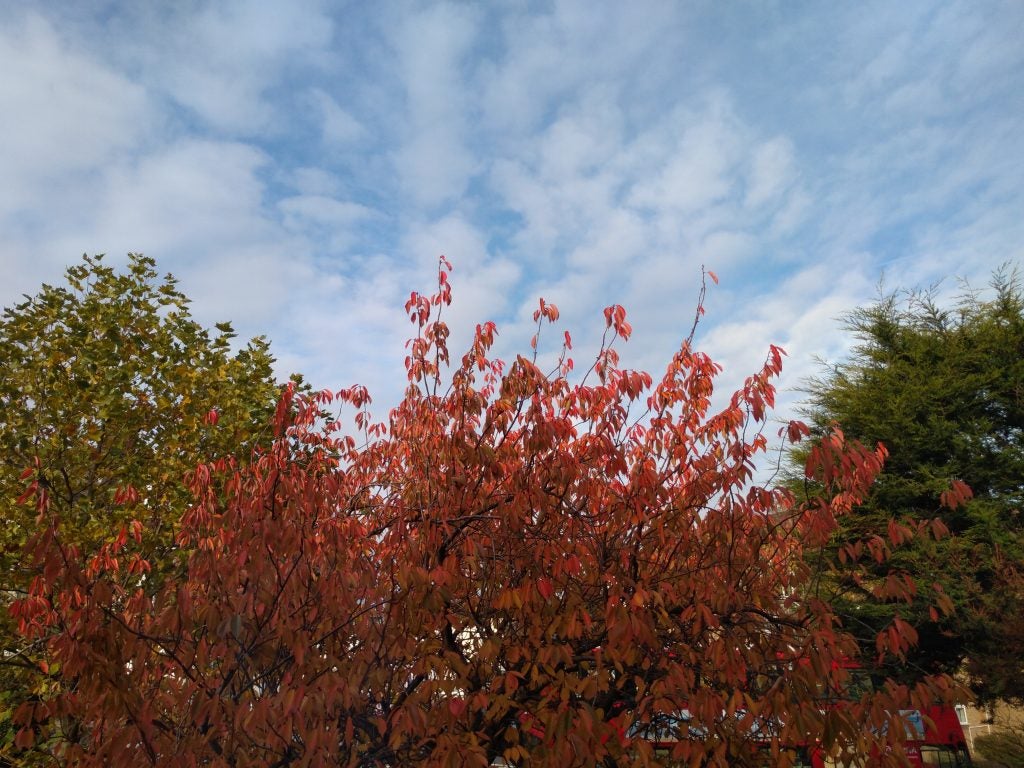 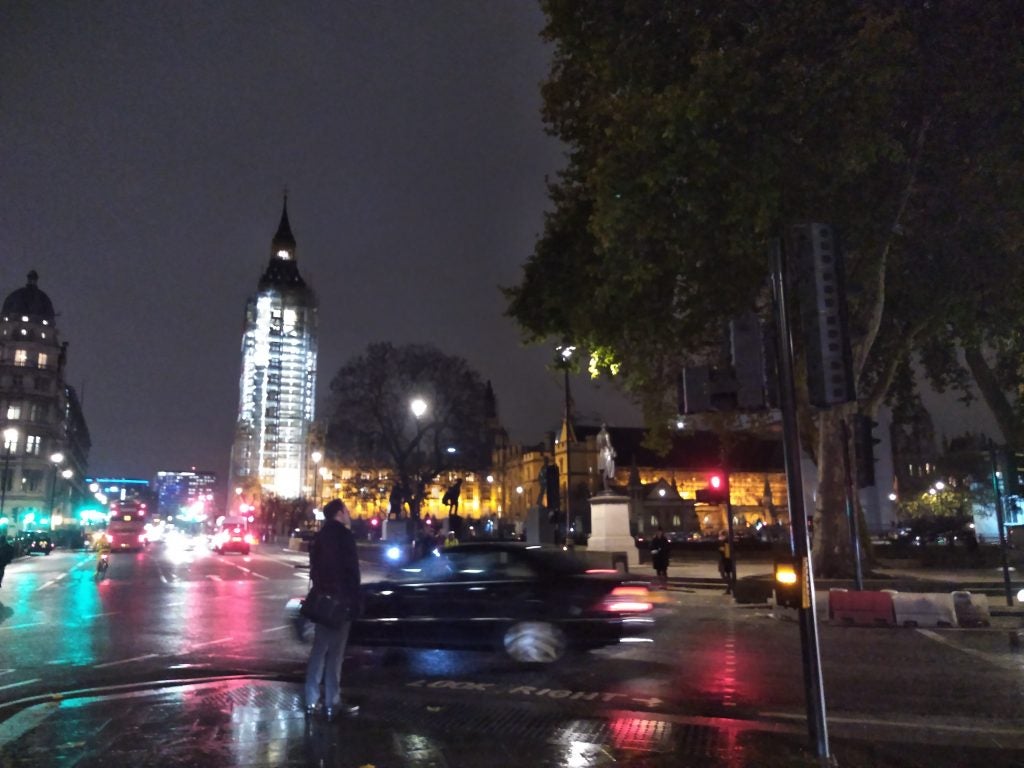 Bright enough, but not sharp enough 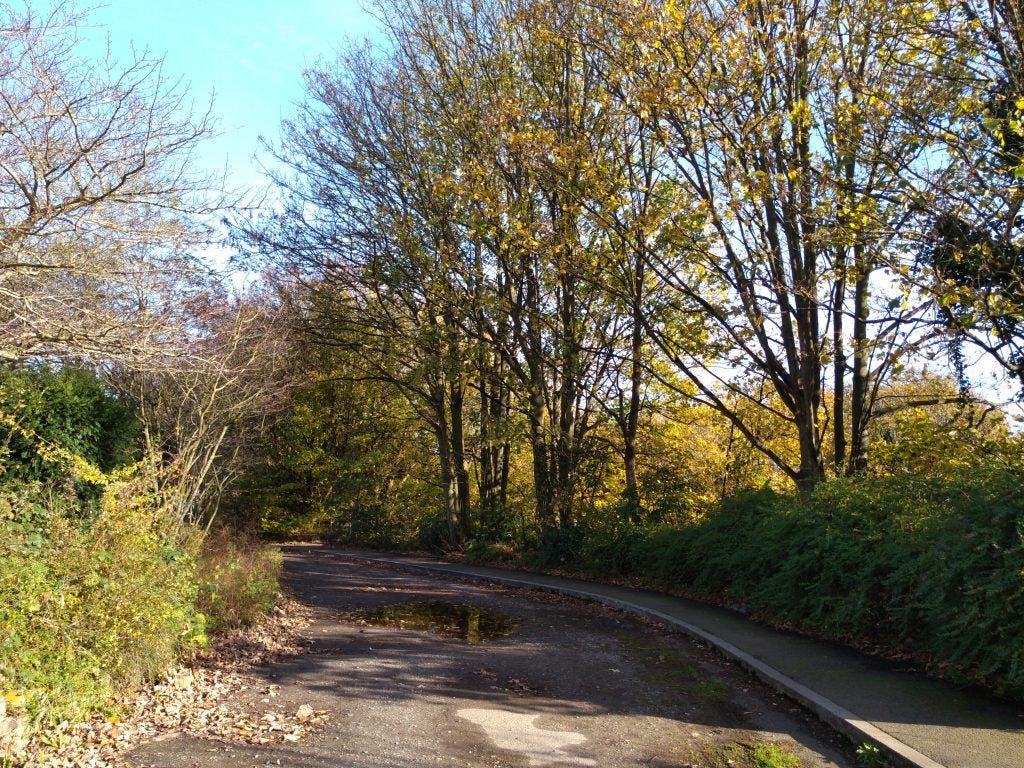 Not bad, but the colour of the sky is way off 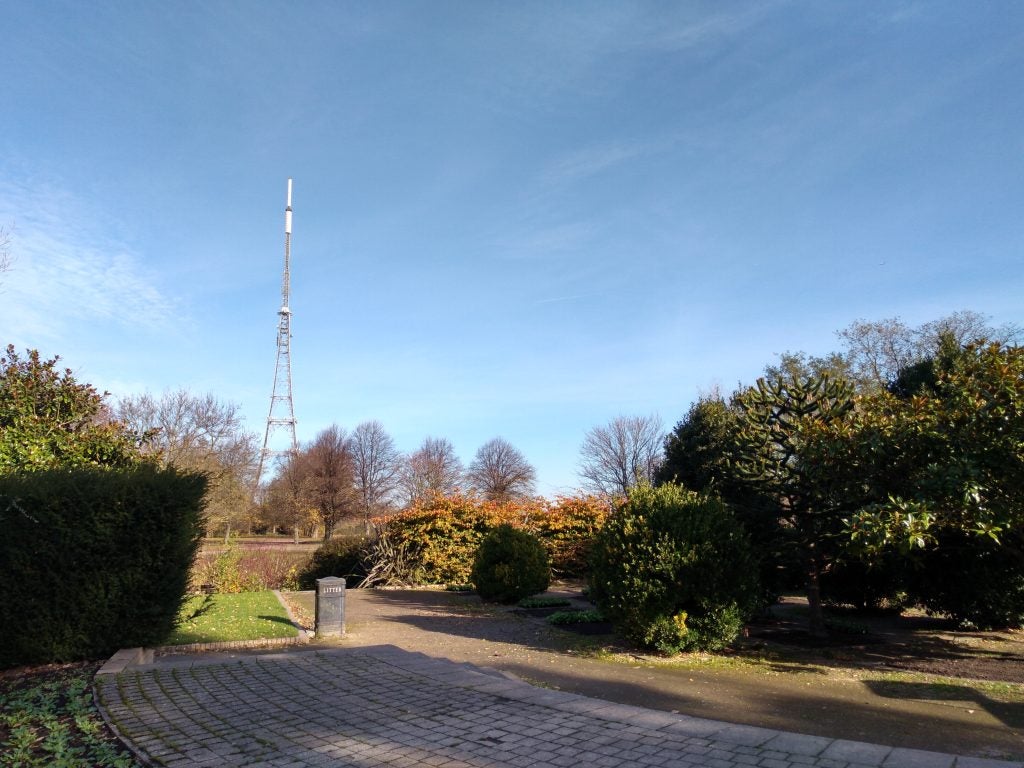 This shot is fine, but there’s mild purple fringing 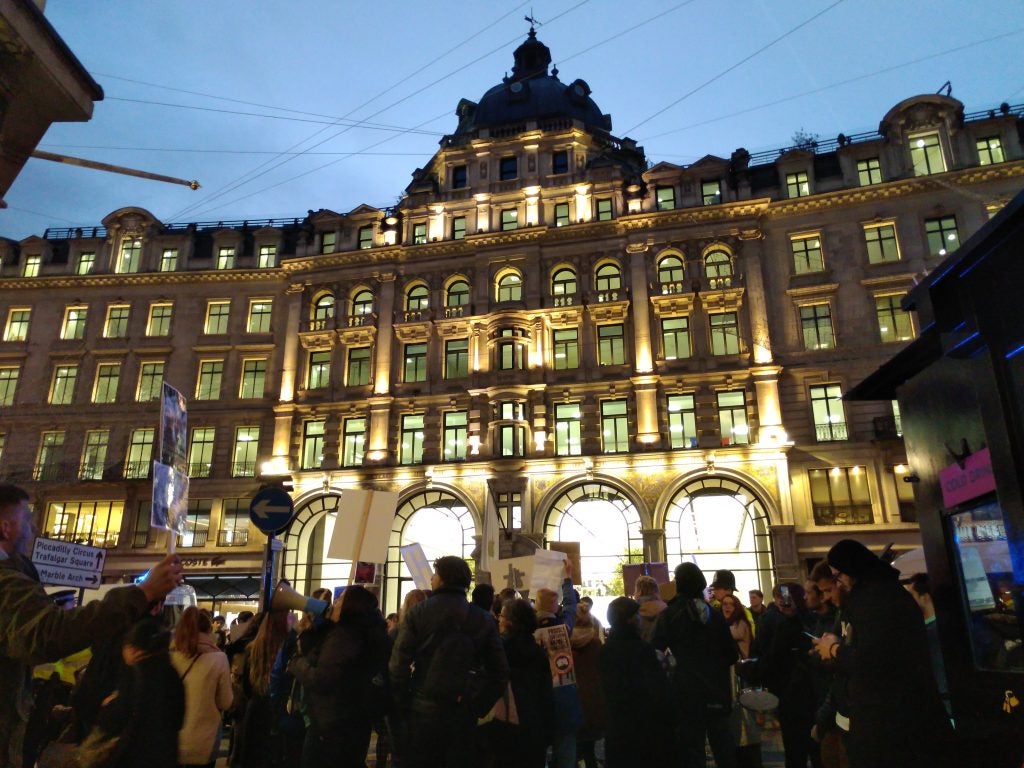 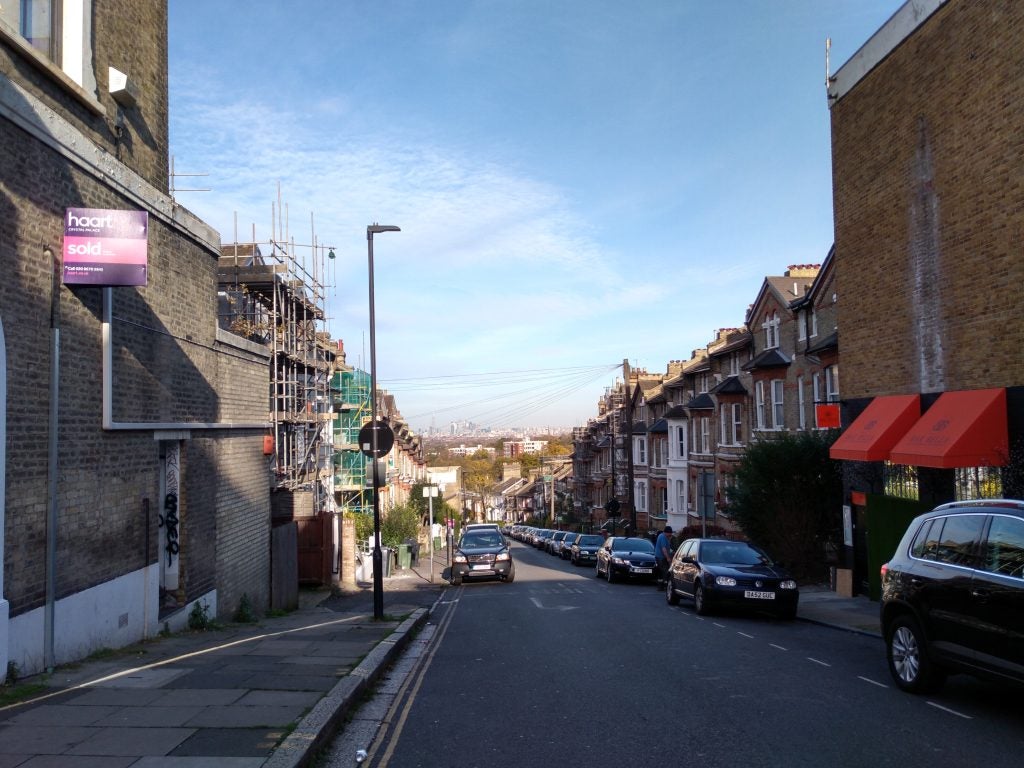 Overall this shot is fine, although parts of the clouds look slightly purple 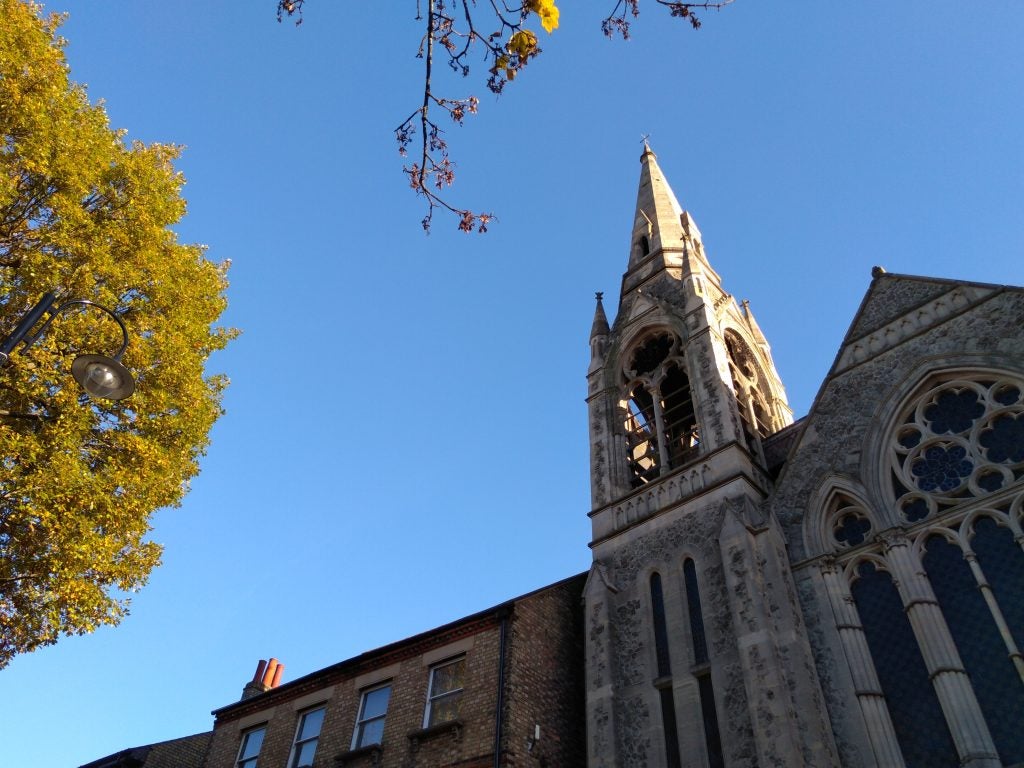 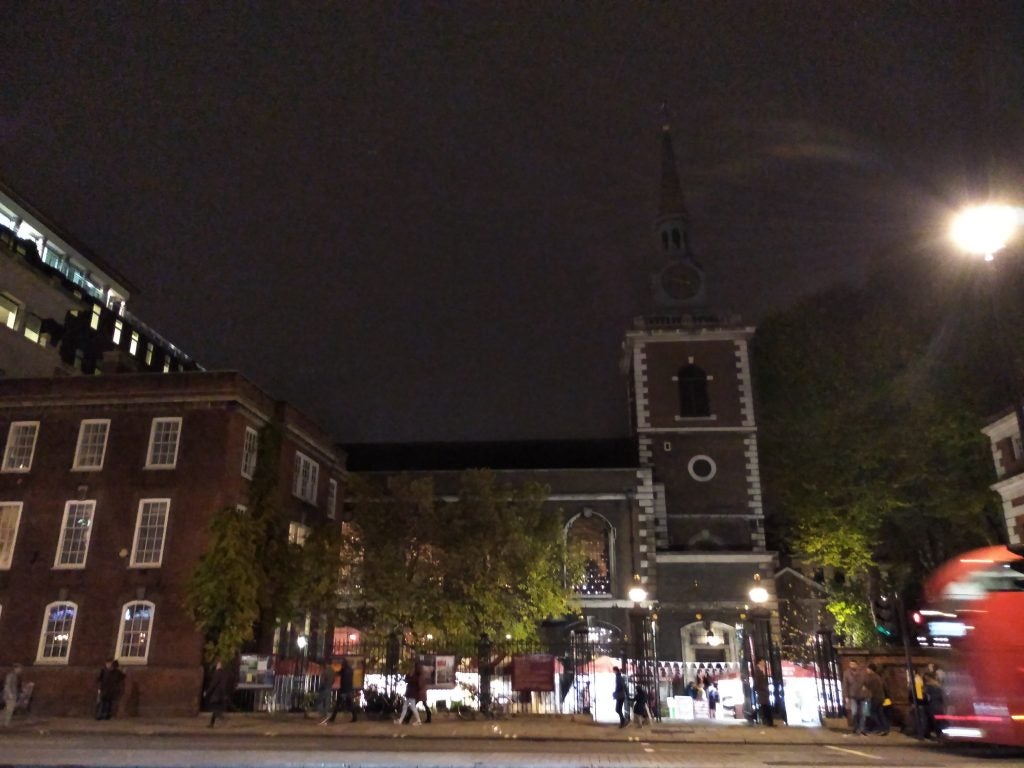 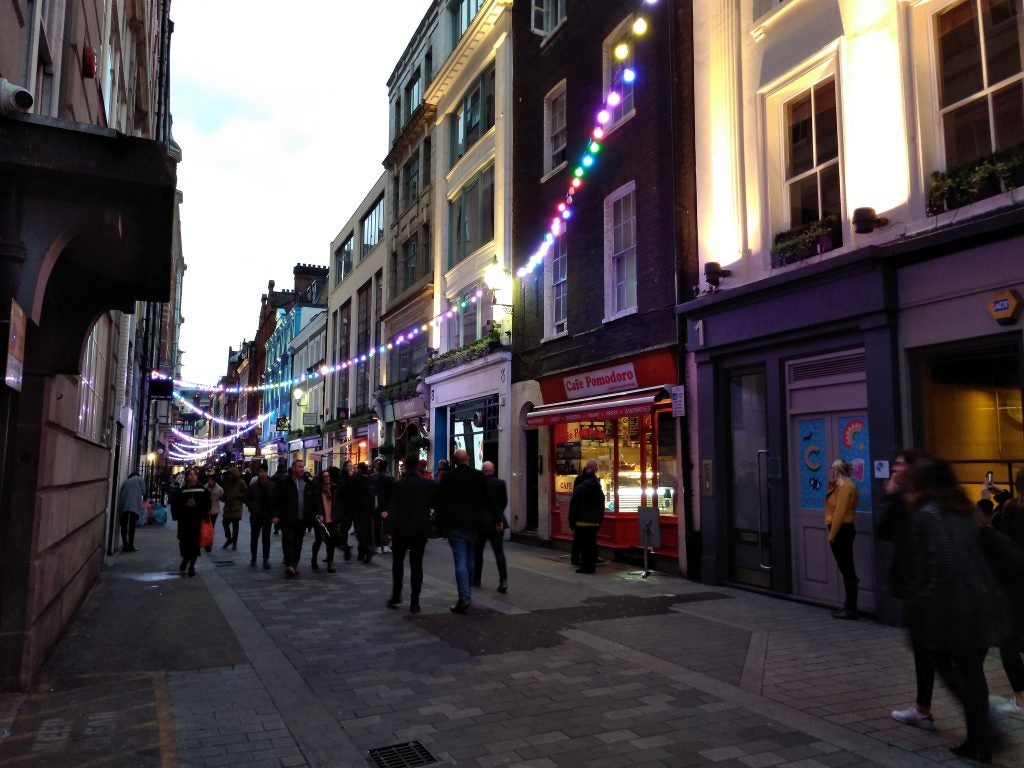 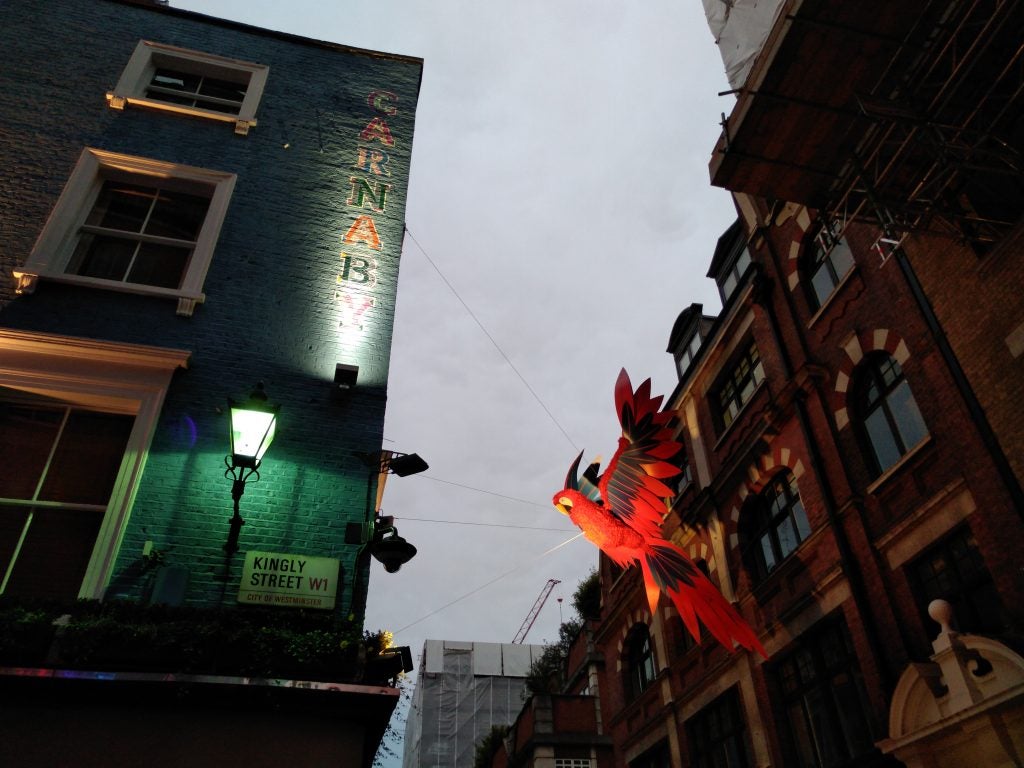 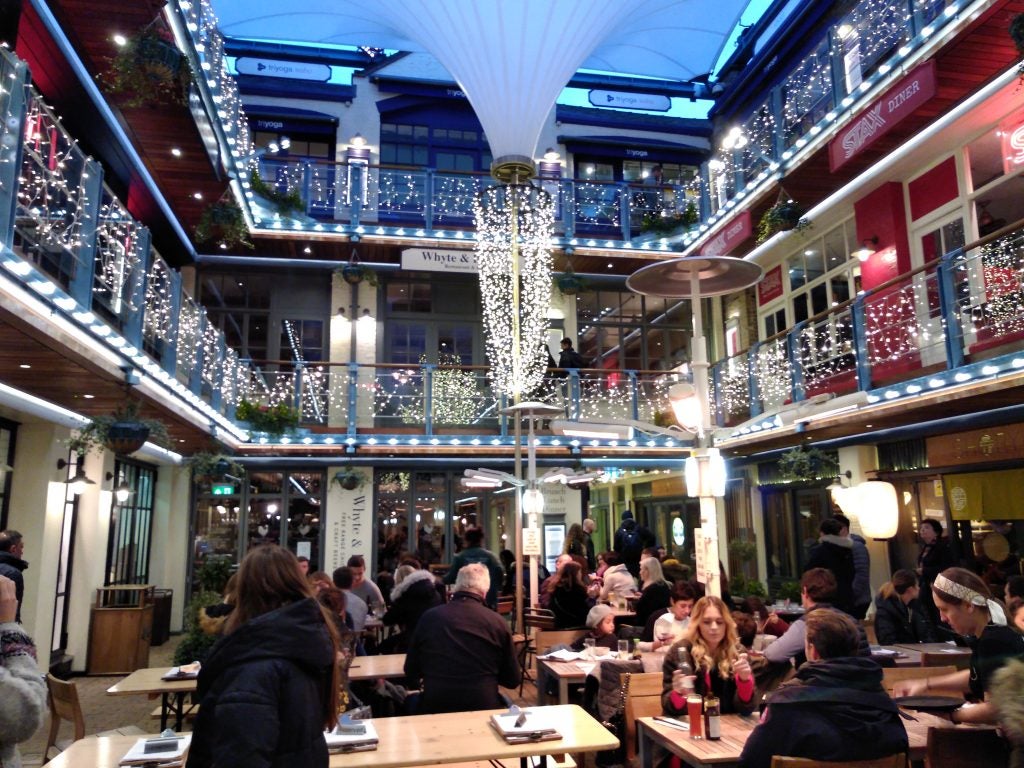 The BlackBerry Motion’s camera is fine. I’d be happy to use it, but it isn’t the best in the £300-400 class of smartphone. It doesn’t appear to make great use of the hardware at its core.

There are some more advanced features, mind. You can shoot video at up to 4K at 30fps, 60fps at 1080p and a full 120fps slo-mo mode. The top modes disable electronic image stabilisation, though.

Around the front of the BlackBerry Motion sits an 8-megapixel camera. Image quality is fine – but, again, image processing is an issue, with more chromatic aberration and general noise present. 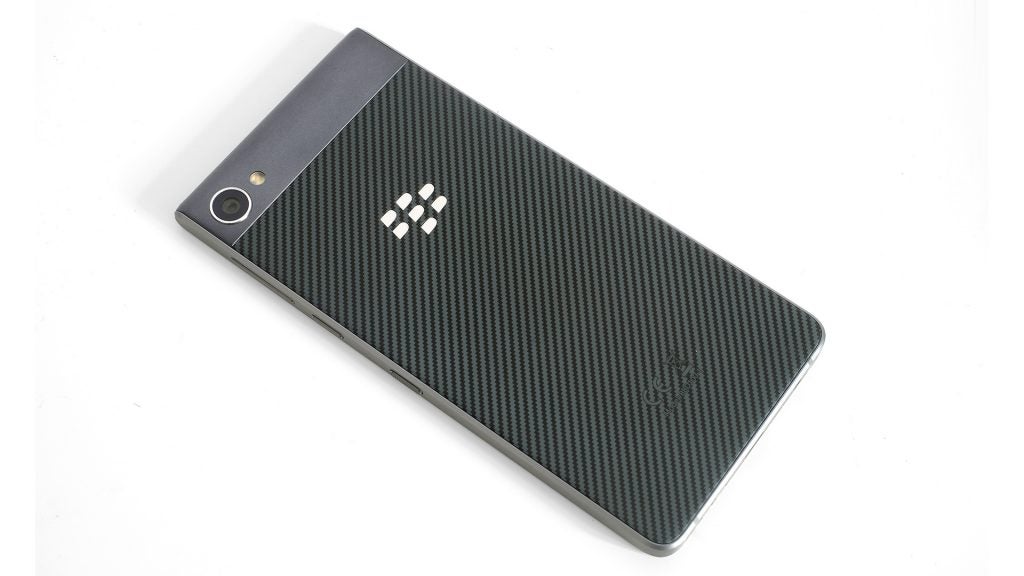 Unless you’re keen on BlackBerry’s software additions, battery life is the best reason to buy the Motion. This phone has a 4000mAh battery, larger than that of any mainstream rival. The HTC U11 Life has a 2600mAh unit, the Moto G5S Plus 3000mAh, and the now price-comparable LG G6 a 3300mAh cell.

The Motion is just one of a few phones that can claim to last two days – without it having to sit in a drawer for this to be true. On one weekend, when I simply used the phone for some WhatsApp’ing and a few photos, I still had more than 60% charge remaining by bed time.

I wouldn’t call this my general experience, but it may be yours if you’re a light user. During the week I stream a lot of audio, which can kill a phone’s battery by late afternoon. I didn’t have to worry about this with the Motion.

Twenty minutes of playing Real Racing 3 consumed just 3% of the battery level too – which is so low it makes you question the Motion’s battery reporting. 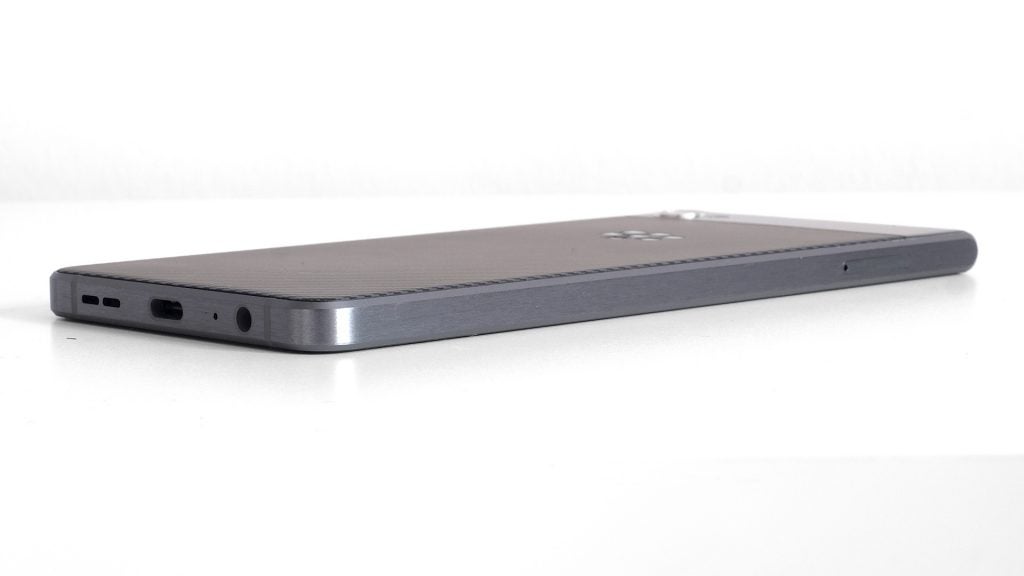 Great as the battery life is, it does also make you wish the Motion had the Snapdragon 630 CPU instead of the 625. Aside from a faster GPU, the new model’s main improvement is power efficiency.

Still, the BlackBerry Motion supports Qualcomm QuickCharge 3.0 for a 50% charge in around 40 minutes. That’s not the fastest, but isn’t bad.

Finally, there’s the speaker. This is a single driver on the bottom of the Motion. It’s fairly loud and displays enough bulk to avoid sounding harsh at top volume. It doesn’t set a new standard, but it’s a good speaker for what some might see as a “business” phone. It passed the test of letting me listen to a podcast in the shower. What more could you ask for?

Why buy the BlackBerry Motion?

BlackBerry is never again going to be what it was before iPhones and Androids took over the smartphone market. However, the BlackBerry Motion does carve out a little space within Android that may well appeal to the fans of BlackBerry Curves and Bolds back in the company’s heyday.

Its privacy, productivity and security additions may not be essential, but they do feel like worthwhile additions that don’t ruin the usability of Android. And in prioritising battery life over an ultra-slight frame, BlackBerry has produced a real work horse phone.

Those keen to get the most smartphone for their money should consider the Honor 9 and OnePlus 5T, though. Neither will last as long between charges, but they offer more powerful processors and designs for those who don’t have a “thing” for that classic BlackBerry look.

A solid Android smartphone for those tired of their phone’s battery running out before 10pm.