I’m a little disappointed the DTEK60 comes running the previous-generation 6.0 Marshmallow version of Android, not the latest Nougat variant. The lack of Nougat is a little sad, as the update added a wealth of nifty new features, including multi-window multitasking, better notifications and back-end improvements for gaming.

However, BlackBerry’s partially made up for this with some of its software additions. Unlike most companies, BlackBerry’s additions to Android are actually helpful. Highlights include a wealth of security upgrades, plus the BlackBerry Hub and keyboard.

Security has always been a key selling point for Blackberry – which in its heyday was one of a select few smartphone brands trusted in big business and government. The company’s done a great job of bringing its expertise to the DTEK60 and has loaded it with more back- and front-end defenses than you can shake a stick at. The best and most obvious of these are the DTEK application and BlackBerry Password Keeper. 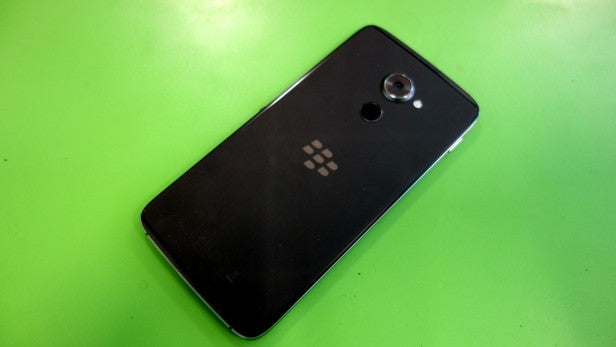 The DTEK application is a cool feature that rates how secure your device is, via a sliding arrow icon. Below it you also get a breakdown of possible security vulnerabilities and ways you can improve the device’s defenses, plus a full list of installed apps with icons explaining what data they’re accessing.

The controls are much more transparent than Android Marshmallow’s native privacy settings, which are hidden behind several sub-menus and make it even easier for you to control what personal information you’re giving away. BlackBerry Password Keeper is a user-friendly password manager – not revolutionary, but it makes it easy to store and use complex passwords without having to remember them.

The BlackBerry Hub and productivity tab are also nice touches. BlackBerry Hub works the same way it does on BlackBerry OS and acts as a central alert and newsfeed for all of your apps, including Gmail, Outlook, Facebook, Twitter, LinkedIn and Calendar. The feature is a nice timesaver that makes it quick and easy to stay on top of all your messages without needing to have multiple apps open.

The productivity tab is accessed by swiping left from the phone’s long right-hand edge. It offers quick access to BlackBerry Hub, Calendar, Tasks and Contacts apps, though you change the UI to include info from other apps. The feature may not sound like much, but it saved me precious time each day by letting me manage my alerts and check my schedule without having to open multiple apps. 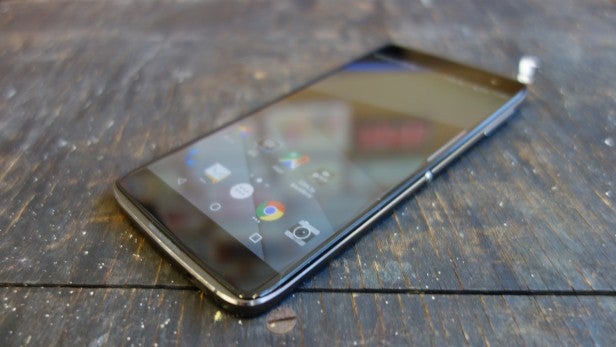 The DTEK60 runs using Qualcomm’s Snapdragon 820 CPU, not the newer 821 seen in the OnePlus 3T. But the CPU, paired with 4GB of RAM and an Adreno 530 GPU, performed very well with real-world use. Apps opened in milliseconds and the phone navigated between menus chug- and stutter-free.

The only time I noticed any performance issues was when running intensive 3D games, such as Riptide GP2 and Banner Saga. Here the phone would occasionally stutter and heat up. It never went Note 7 explosive, but it was warm enough to leave me concerned and definitely led to some CPU throttling.

My experience was mirrored in the DTEK60’s benchmark scores. On the general AnTuTu benchmark, which gauges a phone’s overall performance, the DTEK60 scored 134,274, which is one of the best performances I’ve seen. The Galaxy S7 scored 129,468 on the same test, by comparison.

On the GPU-focused 3DMark Slingshot benchmark the DTEK60 ran in with a 2,551 score, which puts it below most competing phones at its price point, like the OnePlus 3T which scored 2,646 on the same test.

The DTEK60’s speakers are pretty bog-standard. They’re good enough for watching videos and taking video calls, but I really wouldn’t want to listen to music through them. Like all phone speakers they’re underpowered and distort when playing tracks at high volumes.

Call quality is good, though, and I have no issues with the microphone, which was more than powerful enough for taking and making calls.