I’m not a fan of the Snapdragon 617 CPU. Every phone I tested running the chip has been sluggish and prone to odd restarts. In my experience, the only phone with this silicone to not suffer such issues is the Moto G4.

The CPU should be perfectly capable of running a device with a 1080p display. It’s a quad-core setup supported by 3GB of RAM, which should be plenty. During gaming it works fine; Asphalt runs like a charm (graphics oomph comes from an Adreno 405 GPU) as does Pokémon Go – and the latter is all people do on their phones these days, isn’t it? 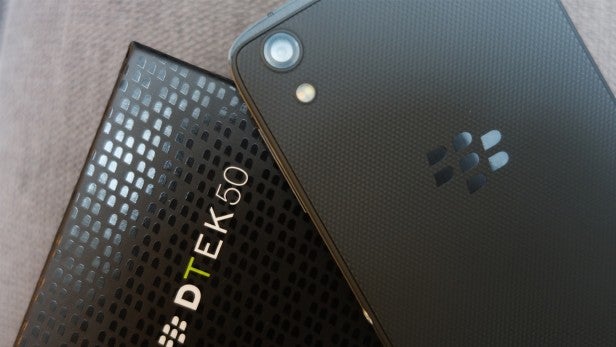 It’s in general day-to-day use that things laggy. Folders drop frames when you open them, homescreens slide uncomfortably and apps take noticeable time to open. It’s a tiring experience, one that grows painful quickly. Install lots of apps and the problem becomes worse.

If you’re a fan of benchmark scores, you’re out of luck. I couldn’t get either Geekbench 3 nor AnTuTu to work correctly. Both crashed, complained about not being able to connect to the internet and produce a single result.

The front-firing speakers are decent; I always appreciate the sound being pointed towards you. There’s plenty of volume, but detail is limited.

The inclusion of only 16GB of storage is a disappointment, but microSD support makes up for this somewhat. BlackBerry has decided against Adoptable Storage, so you’ll be able to hot-swap out your cards.

Phone signal and quality is excellent, with calls coming across crisp and clear, even in blustery conditions.

Forget about the bog-standard hardware that makes up this device, because the real star of the show is the software. BlackBerry has done a superb job here.

Instead of using a custom skin, BlackBerry has added a number of useful apps and tweaks to a relatively stock version of Android 6.0.1.

The headline app – and where the phone gets its name – is DTEK. First used on the ill-fated but oddly liked Priv, the app makes a judgement over how secure your phone is, and it’s both good and bad in equal portions.

Its best feature is how it dials down into the permissions of each app you have installed and clearly details what can be seen and what can’t. You can then quickly alter these, or completely disagree to all the permissions in one fell swoop. 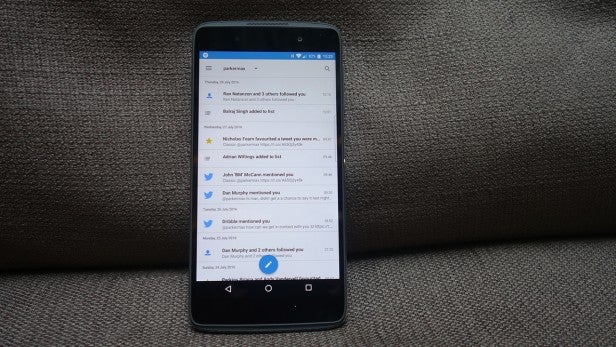 That’s nice – and genuinely useful – but the red, amber and green fuel gauge icon it uses to pass judgement over how secure your phone is feels inadequate for a device that’s aiming to be “the most secure Android phone”. It offers basic instructions such as “adding a pin is more secure than a pattern” but little more.

Many of the other security features this phone offers you won’t actually see. The hardware is encrypted at a system level and there’s quick access to Google’s monthly security patches. If you’re worried about your privacy then, yes, there is some benefit to using this phone. But, to be honest, I’m far more impressed by the software features that aren’t related to privacy and security.

The Hub, a home to all your messages and social networks, is immensely useful, providing a one-stop shop for all communication.

Accounts automatically add themselves when you log into their apps, and it works with everything I use on a daily basis such as WhatsApp, Slack, Facebook, Instagram, Gmail and Twitter. It’s fantastic but as I write this review, it has been made available (as Hub+) to all Android Marshmallow users, so its not a unique selling point for the DTEK50. 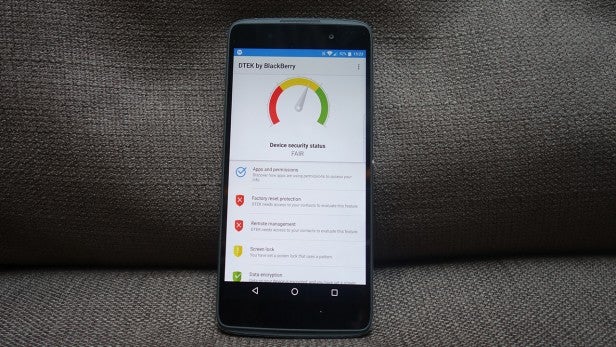 BlackBerry has also added a handy pull-out from the side of the display, similar to the Edge UX on the Samsung Galaxy Note 7, which brings up an overview of your calendar, inbox and to-do list. Again, it’s a genuinely useful tweak that I use daily.

Other software highlights include swappable icon packs, without the need for a third-party launcher; widgets that appear when you swipe up on an icon; and a password manager app that keeps all your log-ins securely tucked away. The keyboard is great, too, suggesting accurate words and letting you swipe up to add them in.

The camera on the BlackBerry DTEK50 isn’t the best available at this price point. 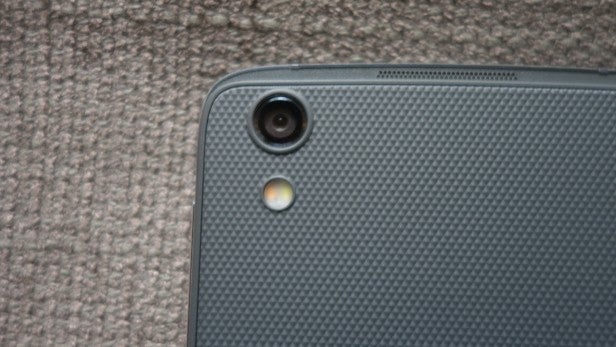 The optics setup is rather run-of-the-mill, with a 13-megapixel camera, f/2.0 aperture and an LED flash. There’s phase-detection autofocus, but no optical image stabilisation. The camera app will be familiar to Priv users, and it features a bunch of manual modes. You can alter the exposure, ISO and white-balance – although I wouldn’t bother, since it doesn’t improve matters.

The main issue I have with this camera is the sheer level of post-processing that takes place after the fact. Every time you take a snap, the phone runs it through a heavy sharpening filter that results in images that look fake and unnatural. 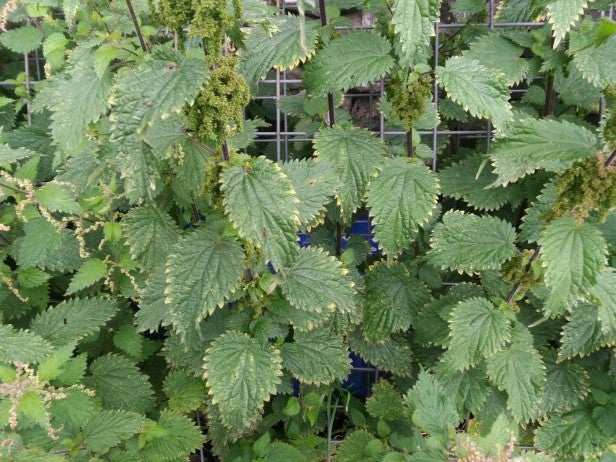 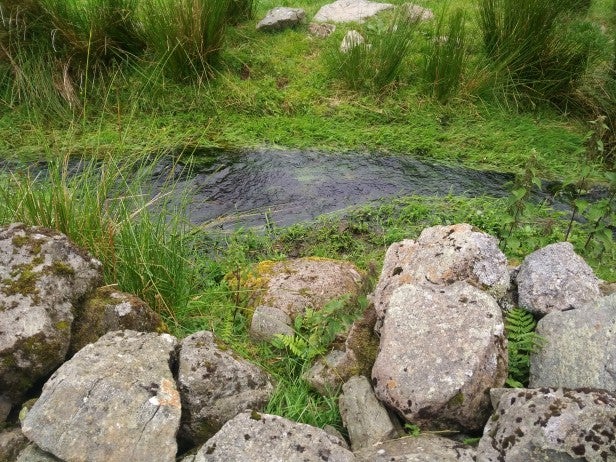 The greens are overexposed

If you mainly use your phone to share snaps on Instagram then these photos will look quite good, but they’re dreadful when transferred to a computer. Daylight results are oversaturated, with greens and reds looking too vivid and slightly insipid. But again, for photo-sharing sites where filters are the norm, the images will be fine.

It’s on macros that the issues are most rife; landscape shots are better. Skin tones are quite natural too, but it isn’t a flattering sensor since it picks out blemishes and makes them even more obvious.

Low-light results are dark and blurry, with overblown details and too much noise. But that’s to be expected in this price range.

On the front sits a decent 5-megapixel selfie camera, with a flash that’s utterly pointless. Video-recording tops out at 1080p. You can bump it up to 1080p 60fps, however, which is great for smoothing out video.