The Blackberry Curve 9360 is one of those handsets that nobody made much of a fuss of when it first appeared, but which has been quietly bubbling away, gaining popularity due to aggressive price cutting, so we thought we’d take a look at it to see how it squares up against newer rivals. Currently you can get it for free on a modest £13.50 a month contract from Carphone Warehouse or for £190 on Pay As You Go. 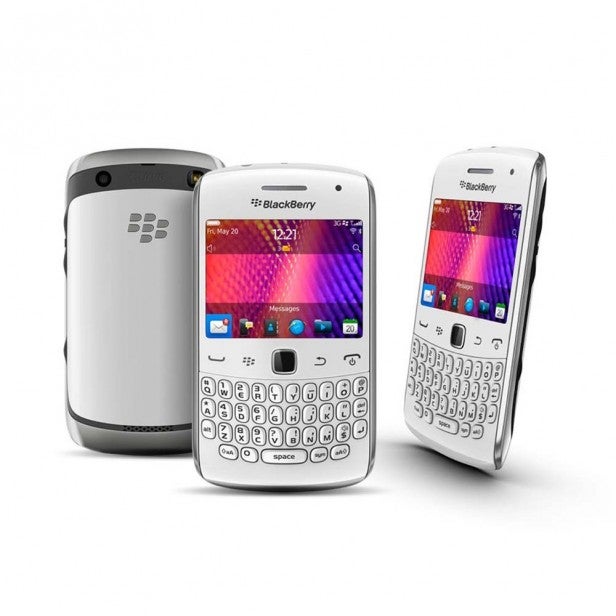 For a budget mobile, the Blackberry Curve 9360 is certainly not a bad looking device. As with most of Rim’s phones it feel very well built and sturdy when you hold it. It’s more petite size – it stands just 109mm tall – also means it slips easily into a pocket or bag, and at just 11mm thick it’s one of the slimmest handsets Rim has ever produced. You can pick up the phone in either black or white variations. We had the white one in for review and it looks quite striking thanks to the contrast between the white facia used on the front and the black and grey bars running down the sides.

The overall layout of the Blackberry Curve 9360 follows the traditional Blackberry design template quite closely. The front is spilt fairly evenly between the landscape colour screen at the top and the full Qwerty keyboard at the bottom. In between these there’s an optical joystick for moving around the menus as well as call controls keys, a back button and the menu button. 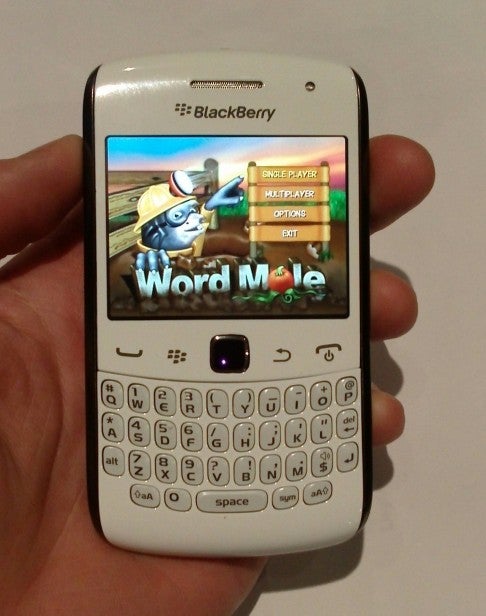 At the top of the phone you’ll find a standard 3.5mm headphone jack, next to a lock button, which looks like a touch button, but which is actually a physical button that’s just hidden under the plastic cover. On the left hand side there’s a microUSB port for charging and syncing the phone, while on the right hand side there are rubberised buttons for the volume controls, with the multifunction key nestled in-between which can be mapped to launch specific apps or functions.

If you remove the plastic cover on the rear you can get at both the microSD card and the full sized SIM card slot. The latter is filled with the 1GB card that the phone comes with to boost the 512MB of internal storage. 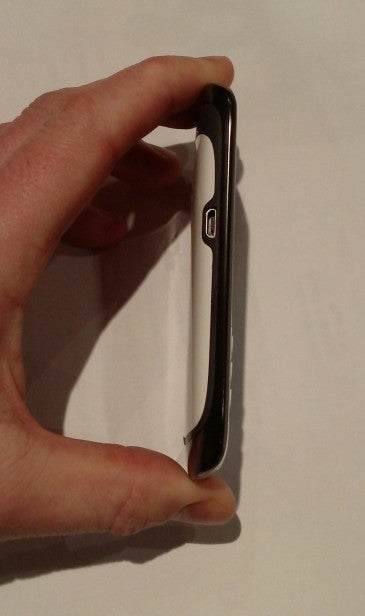 Unlike some of the other Curve models, the 9360 doesn’t have a touchscreen display, so you have to navigate all of its menus using either the optical joystick or keyboard shortcuts. If you’ve been using a touchscreen phone of late you won’t want to return to this type of system as it feel quite alien to use now. However, if you’re moving from an older style traditional mobile with push button keys, then you’ll probably find the optical joystick pretty nippy to use.

The screen is a limiting factor on the Blackberry Curve 9360, as it is on pretty much all of Blackberry’s messaging style phones. It’s small, measuring just 2.44inches across the diagonal and its resolution is relatively low at 480×360 pixels. It works fine for stuff like email, blackberry messenger and even the Facebook app, but it’s much more problematic when you’re trying to us the web browser to view normal websites. It just feels very pokey and the lack of touch for pinch to zoom gestures makes navigating all but the simplest pages a bit of a bind. 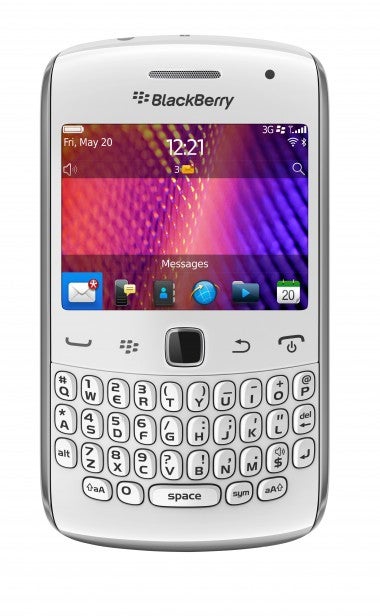 As ever on BlackBerry’s non touchscreen mobiles, the keyboard really is excellent. There’s just enough distance between the keys to stop you from accidentally hitting adjacent ones when you’re trying to tap out emails at speed, but the keys are still large enough to feel substantial under your fingers and thumbs. They also respond nicely with a little click when pressed, so it’s easy to tell whether you’ve hit them properly or just skimmed over the surface in your haste. They layout is good too, although it would have been nice to have common punctuation marks, such as the comma and full stop on dedicated keys.

The phone’s hardware is pretty modest compared to most of today’s smartphones. It uses a single core 800Mz processor, but this doesn’t matter a great deal, as the Blackberry 7 OS that the phone runs on isn’t particularly greedy when it comes to raw horsepower. In fact, the handset never feels sluggish to use, as apps load reasonably quickly and menus open and close in the blink of an eye. There are also some extras you wouldn’t necessarily expect to find on a budget mobile, such as the inclusion of NFC technology. 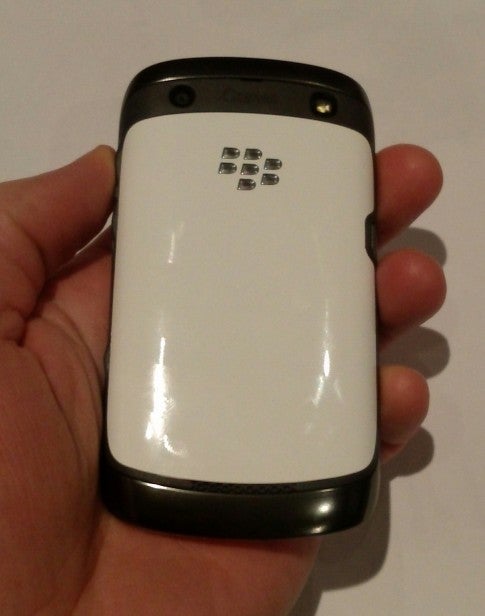 The user interface isn’t the easiest to get to grips with and lacks a lot of the simplicity of iOS and Android. It’s overly reliant on pop up menus, which can often be several stages deep and which are difficult to come to terms with if you’re used to the much flatter approach of more modern OSes like Windows Phone, Android and iOS.

Key to the phone’s appeal, though, is its messaging capabilities. These now integrate with Facebook and Twitter so you’re pretty much immediately notified of new status updates or Tweets, as well as just emails as they appear. However, most other phones now push these types of message out to you in real time too. What they lack, though, is the Blackberry Messenger service, which has become something of a phenomenon amongst today’s youth. It’s understandable as the service is not only free to use, but provides a more instant way to communicate than just text messaging. In fact, it’s one of this phone’s main strengths.

Nevertheless, the range of apps available in the BlackBerry App World store is shocking poor compared to Android or iOS, and currently most big name games never make an appearance on the platform. 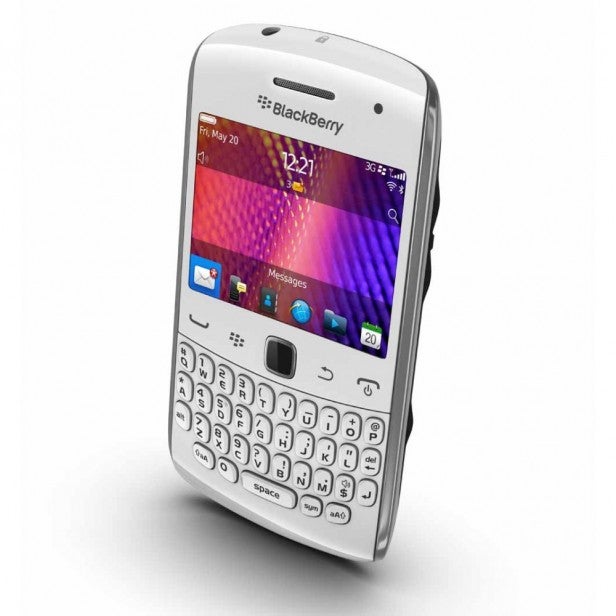 The camera isn’t great either. It’s a 5.0Megapixel shooter, but while it does have an LED flash, it doesn’t have any autofocus capabilities. Pictures aren’t terrible by any means, but they’re a bit lacking in detail and if there isn’t a lot of light available they tend to look quite noisy too.

The batteries in BlackBerry phones used to last for days and days, but as the company has added more features to its handsets things have changed. The 9360 doesn’t last anywhere near as long as older Blackberry models. However, compared to many of today’s mid and high-end Android devices its battery life is still better than average. You can stretch it to around two days of usage if you’re careful, something that you would really struggle to do with most Android phones.

Verdict
The Blackberry Curve 9360 is a major pain to use for browsing normal websites due to its lack of touch input and small, low resolution display, so if you’re looking for a phone to spend a lot of time browsing normal sites there are several budget Android models that would better fit the bill. However, if you’re already addicted to BBM, love having a physical keyboard and need a mobile with decent battery life, it’s actually not too bad an option, especially given its current low asking price. 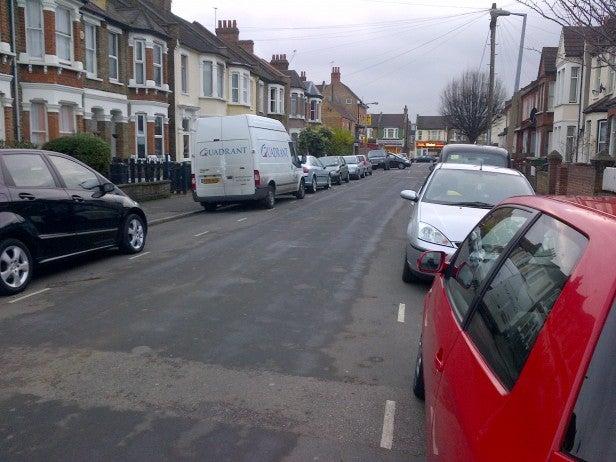 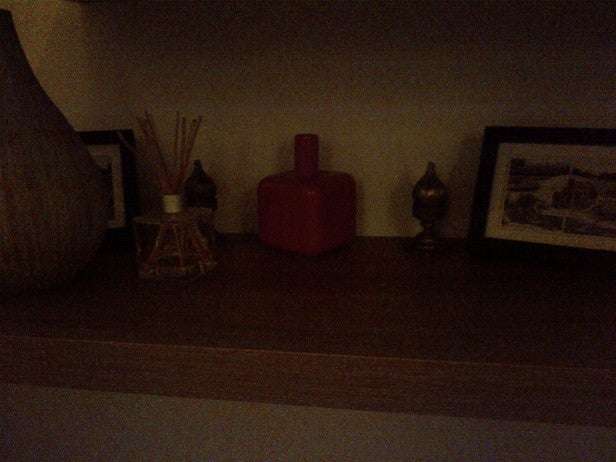 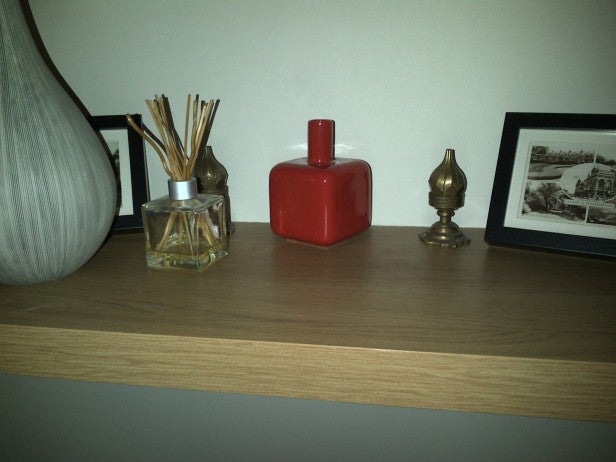 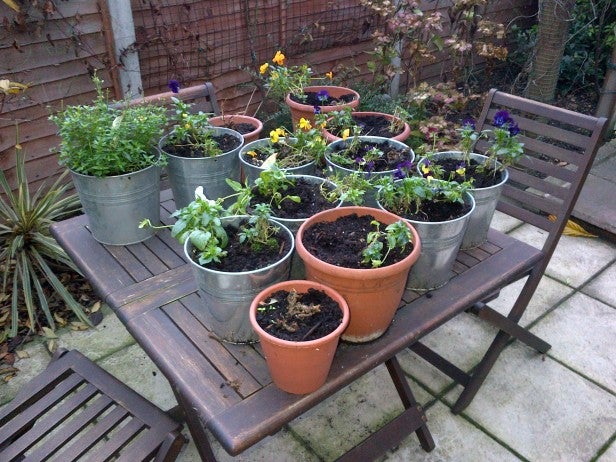