Aiming to combine the benefits of an upright cleaner with the convenience of a hand-held all-in-one, the ORA SVFV3250L is Black & Decker’s flagship cordless vacuum. Sporting a massive 32.4v battery and 12-cyclone bagless suction with B&D’s Optimised Runtime and Airflow (ORA), this model promises big power and a run-time of up to 25 minutes.

It’s incredibly light, weighing less than 4kg – even as an upright with its powered beater brush bar. And the removable handheld unit is supplied with a range of tools covering everything from dusting nooks and crannies to removing pet hair from upholstery. 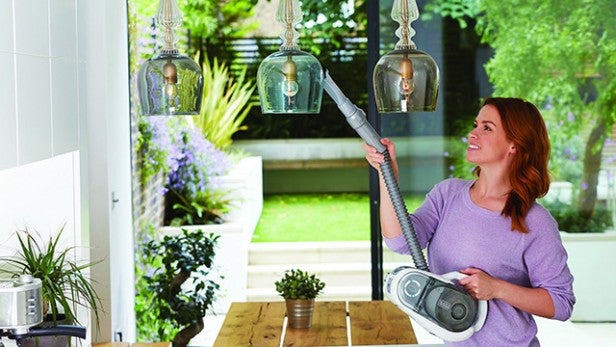 Straight out of the box as a stick vacuum cleaner, this top-of-the-range ORA cordless cleaner is an easy-to-manoeuvre upright with an eye-catching design and some funky LED lighting effects.

It feels extremely light and well balanced in the hand – much more so than the less powerful Black & Decker HVFE2150L ORA tested previously. The motorised brush bar on the main floor-head, switchable from the handle, promises serious carpet cleaning ability, too.

You get a floor-standing dock that the cleaner clips into to charge up the mighty 32.4v built-in lithium battery. This proved a little fiddly, as you have to line up the cleaner and the dock and lower the main unit onto its charging clip. The dock is made of a fairly lightweight plastic, so is easy to push out of the way. I spent a little time chasing it around with the cleaner as it slid about on our hard floor.

It gets easier with time – and, in addition, the dock can be screwed to the floor for a more permanent installation. A full charge takes around three to four hours.

Clipping off the handheld part from the centre of the stick-vac is easy and the remaining piece will continue to stand upright. We found it most stable left in the dock while you head off to bust some dust with the handheld unit.

The built-in nozzle can be used fixed to the cleaner or give it a tug to reveal an attached hose that provides up to 80cm of flexible reach. Compacting the hose back into the cleaner was considerably easier than I anticipated, and all the clips have a relatively solid feel to them.

For this part of the cleaner you’re also provided with a trio of tools, neatly stored on a separate plastic stand. Featuring a crevice tool, combined wide nozzle with flip-over dusting brush, and innovative pet hair tool (more on that later), the tool stand can also be attached to the main dock to keep everything neat and tidy.

Overall, this is a well-designed and well-thought-out package that shows B&D’s long-standing experience in hand-held cleaners.

This neat design makes the below-par performance all the more disappointing, however. The SVFV3250L steers nicely and is easy to use, but it doesn’t deliver where it counts.

A good spread of oats and porridge on tiled floor were largely pushed around rather than sucked into the cleaner, and some of the flakes that did make it up the pipe dropped out of the head a few seconds later.

As you can see from the pictures below, flakes and debris in tile grouting or floorboard cracks simply weren’t touched on one pass. Clearing the test spill meant repeatedly going over the area and tackling the debris backwards and forwards to try to combat the propensity for the (static) brush bar to simply push debris around. 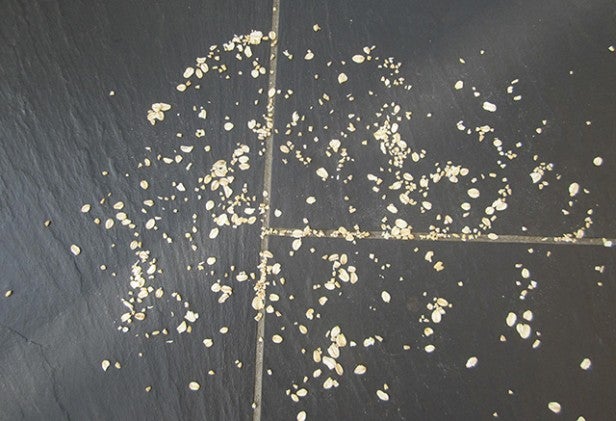 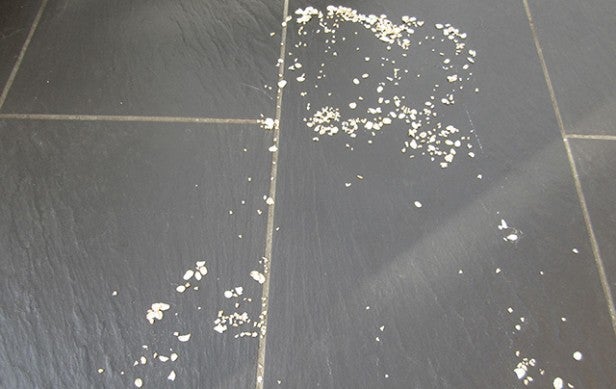 Firing up the beater bar for use on carpet certainly upped the ORA’s game, but it wasn’t without issues. On a three-stroke pass of the test carpet there were still some specks of the test powder showing, again necessitating a few more sweeps.

Moreover, even after several passes with the head unit right up against the skirting board, the edge cleaning was dire. Not only was there plenty of powder in the carpet recess closest to the skirting, there was a noticeable band of powder left up to half an inch away from the edge. 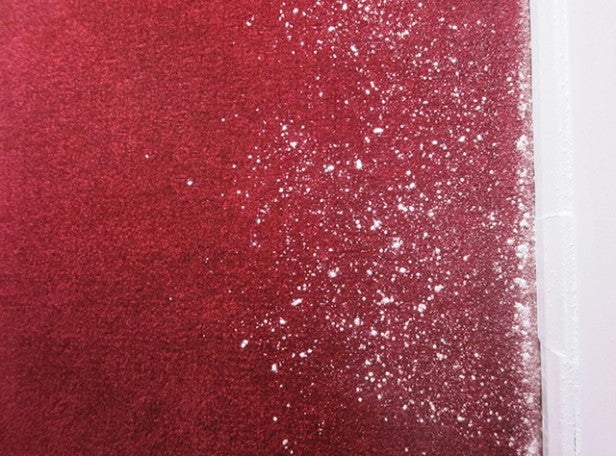 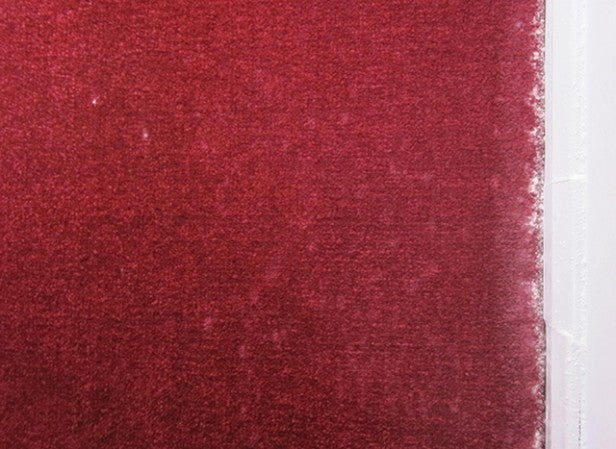 Ironically, unclip the hand-held unit and this turns in a much more respectable performance. The smaller tools concentrate the air-flow much better than the large floor-head, giving the ORA solid cleaning power, easily capable of picking up all the debris it missed in upright mode.

The unit seems easier to hold than its smaller-sibling model, thanks to a better balance – and the built-in flexible hose is inspired. Given that you’re likely to be using the hand-held to reach places your main cleaner can’t, the hose, crevice and dusting tools make light work of the most awkward detail cleaning.

The SVFV3250L turns is something of a mixed bag in terms of cleaning power. It offers enough suction for a hand-held and detail tools, but not enough to effectively run a large floor-head in upright mode.

While I’m used to the fact that cordless cleaners simply don’t have the sheer power of mains-powered models, competitor machines I’ve tested from the likes of Vax and Dyson simply blow the ORA away.

With the brush bar running, our unit cleaned for 21 minutes and 40 seconds, offering full power until it needed charging again. 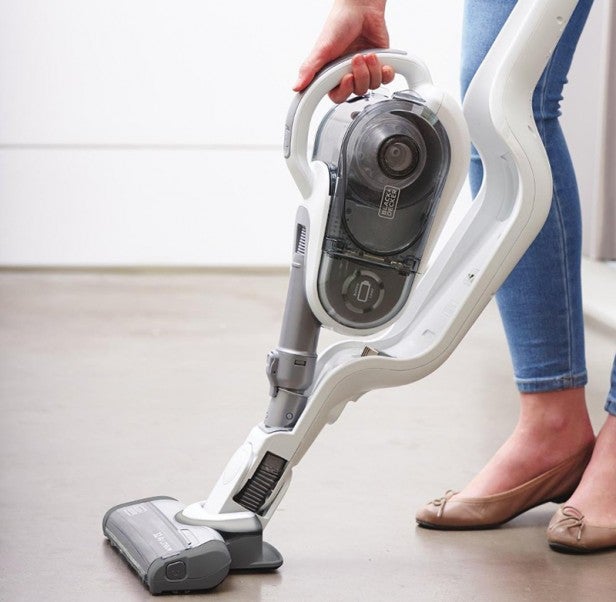 The ORA’s super-light weight and cordless convenience score it highly on stair acrobatics, even with the caveat of the main floor-head’s limited cleaning abilities. You can shimmy the whole cleaner up and down stairs with ease, cleaning as you go. The flexible neck to the main floor-head proves easy to manoeuvre around each step.

Again, edge cleaning is pretty poor, so you’ll have to nip around a second time with the hand-held unit, which proves ideal for getting up to those edges. Ironically, the hand-held nozzle could actually do with a small floor-head-type tool, since this would make for a stair-cleaning dream machine.

As it is, the main floor-head really doesn’t have the oomph or edge cleaning capabilities, and the handheld tools are all too small to clean the entire stairs before the charge runs out. 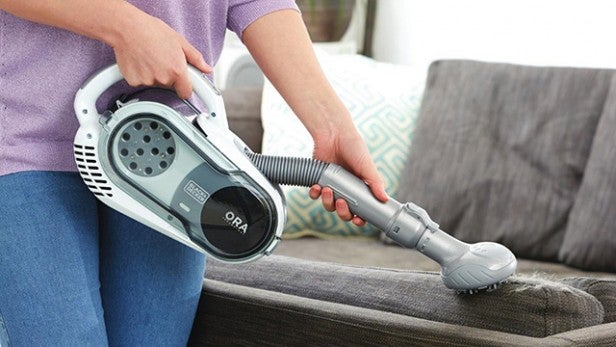 The powered rotating brush bar saved the ORA from having an entirely dismal day, as the design picks up assorted fluff fairly easily. Again, the limited suction meant a lot of hair simply stayed attached to the brush rather than getting sucked into the bin, but it did clean our test patch in a reasonable 13 seconds.

Not only that, but ORA has another trick up its hose – the pet hair tool. Looking at the ORA’s peculiar pet tool, with its rubber nodules and donut-shaped air hole in the middle, our experienced pet-chasing vacuum cleaner test pilot declared “that will never work” – before trying it and being proven delightfully wrong.

It’s an odd-looking tool, but the rubber nodules are brilliant at picking pet hair from carpets, upholstery and animal beds. As the fluff builds, it’s drawn into the central hole with ease. 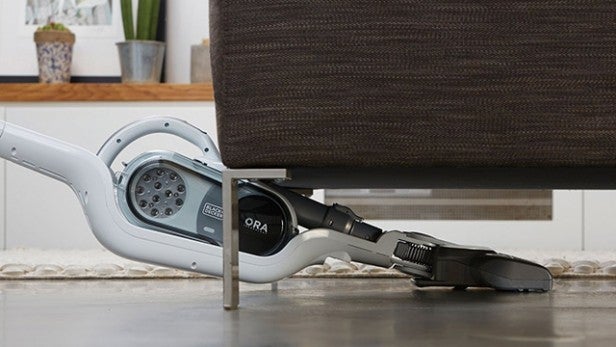 Black & Decker’s flagship cordless vacuum combines stick and handheld versatility with good run-time and great tools. Sadly, as a stick vac it doesn’t have the suction power to make the large floor-head effective, even with its powered beater bar.

The handheld part is the star of the show, with its flexible hose, decent tools and its innovative pet-hair head. But that isn’t enough to justify the near-£200 asking price when you consider the excellent Vax Air Cordless Lift is the same price.

An easy-to-use but flawed cordless machine.