The Black & Decker GW2200 is a slightly different spin on the interchangeable tube type of combi garden vac and leaf blower. Rather than requiring four different accessories to swap between the two modes, it needs only two, which makes storage and changeover much easier. It’s also among the cheapest tools of its type, coming in at under £50. 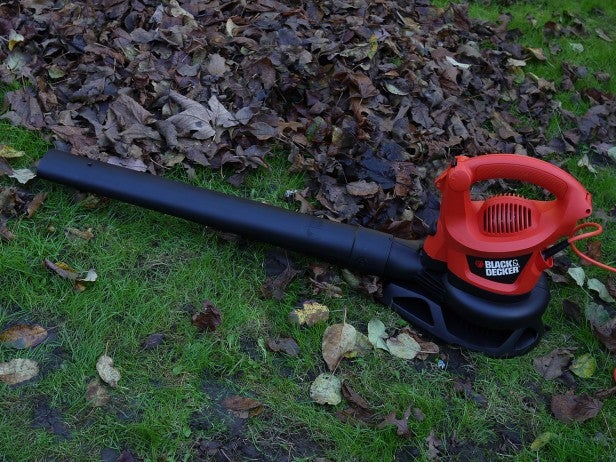 First impressions of the GW2200 are very good. Its simplified design immediately appeals over the multi-part approach of alternatives such as the Bosch ALS 2500 or Stihl SHE 71. Those models have a separate intake and outlet for the central blower, thus requiring two pieces each for the blowing and sucking modes.

The GW2200 has the fan blades mounted externally, allowing a single piece of moulded plastic to be used to form both the inlet and outlet. The pieces also clip into place via a simple push-button system, so changeover takes only a few seconds. 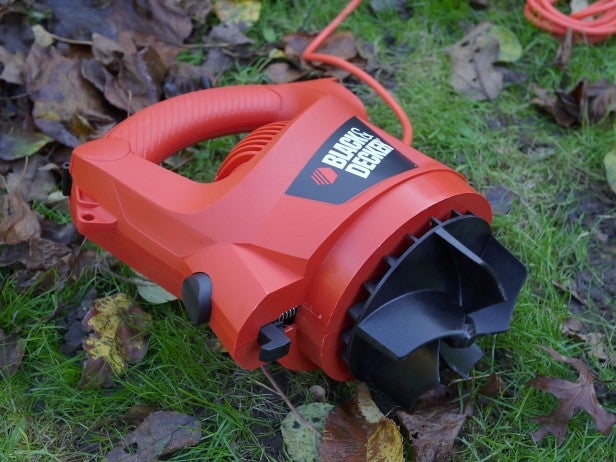 Not so easy, however, is putting together the nozzle pieces. In particular, joining the two parts that make up the blower nozzle requires force – the full weight of an 80kg man leaning on it – to clip them together. This isn’t too much of a problem since, hopefully, there will be little reason you should ever need to take them apart again.

More problematic is the collection bag that attaches to the vacuum tube. Although you don’t need to remove it for emptying, it’s easier if you do, plus you’ll need to take it off if the pipe becomes blocked. However, the twist-lock fit it uses is incredibly stiff, with bodyweight again required to remove it.

Overall build quality is also below par. Although the plastics seem reasonably tough, they simply aren’t finished to a high standard. There are sharp edges on almost every seam and no rubber grip on the handle. You won’t cut yourself, but it makes handling it a bit less comfortable than the alternatives.

The worst culprit is the power switch: every time you activate it, your thumb flicks into the sharp edge of its surround. Plain and simply, the GW2200’s build quality is reflective of its below £50 price. 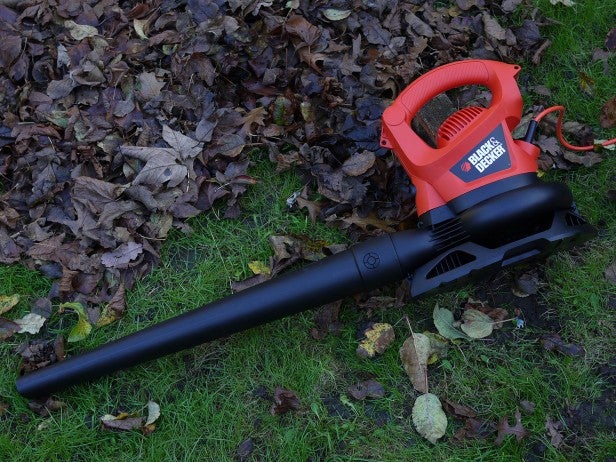 Otherwise, it’s actually very good. Like the Stihl SHE 71 the handle of the GW2200 sits further forward, so that in blower mode it feels well balanced – both in its usual downward-facing position and when held parallel to the ground. There’s no front heaviness here.

That power switch also falls easily within reach and is easy to operate – and it doesn’t hurt if you’re wearing gloves. In fact, because of the clever way the interchangeable tubes work, it falls within easy reach for both blower and vacuum operation. Most other models with the power switch in a similar position end up with it being on the wrong side of the handle when in vacuum mode, requiring a second hand to turn it on and off.

Rated at 2200W and with an air speed of 72m/s, the GW2200 wants for little in terms of rated power. The mains power cable is only 6m long, though, which meant we couldn’t actually reach the edge of our 40m2 test patch of lawn. Other blowers tend to have 8-10m cables. Of course, one advantage is that there’s less cable to tidy away when you’re done; but you’ll then need an even longer extension lead. 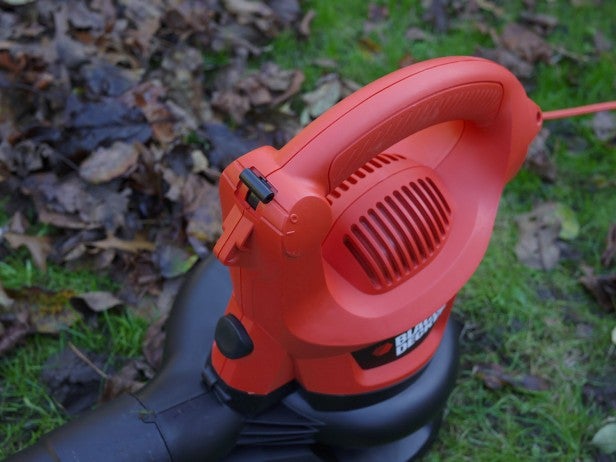 Setting up the GW2200 for blower use is literally a two-second affair, as the nozzle/intake grille clips on in one go. The nozzle is straight, rather than having a slightly upward curving end, and terminates in a slightly squashed oval that’s a relatively small 7cm wide by 3.5cm tall.

Despite the narrow nozzle, the GW2200 performed admirably. It cleared our 3kg of wet leaves quite easily and quickly, with that easy-access power switch proving useful for quickly turning off the blower when manoeuvring round the garden. It achieved a blowing range of 7.5ft, which is up there with the best handheld mains blowers.

The only slight concern is that noise levels are quite high. At 86dB, it’s the loudest mains-powered blower we’ve yet tested.

Again, I must emphasise how easy it is to switch from one mode to the other. In five seconds you can unclip the blower and clip on the vacuum tube with its attached collection bag. The latter is of the sort that you sling over your shoulder rather than it hanging underneath the vacuum tube.

Initial testing was also impressive, with the vac making rapid progress through our pile of leaves. However, about a third of the way through it stopped picking anything up. A quick unclipping of the nozzle revealed that the outlet tube to the collection bag had become clogged. A quick poke around and it was soon cleared. It had no further issues with the rest of the pile, although I was a little more careful not to overload it.

The problem seemed to be two-fold. First, the collection bag tube actually has a few plastic fins protruding into it, and it’s against these that the leaves became clogged. It’s a slightly odd design choice, and I’m not really sure why they’re there. The second is that the leaves aren’t quite as finely chopped up as on some of the GW2200’s competitors, so there’s a greater chance of the leaf pieces getting stuck. The bag itself at 35 litres is also a little flimsy and smaller than the 40-litre bags offered by rivals.

When investigating the blockage, I also noticed another slight issue with the overall design, which is that it’s quite possible to access the fan blades while they’re still moving. They’re not powered – the device won’t work with the nozzle removed – but you can remove the nozzle fast enough after powering it off that they’ll still be spinning quite quickly as they wind down. 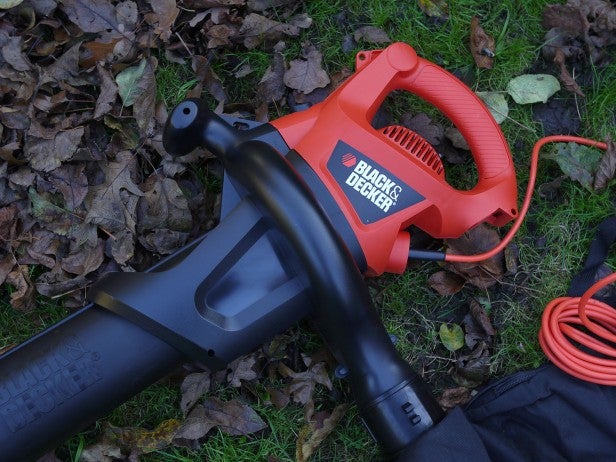 Should I buy the Black and Decker GW2200?

In some ways the Black and Decker GW2200 is a triumph. Its clever external fan design makes it quicker to change between blow and suck modes and easier to store. Overall usability is good too, with particularly easy blower operation.

However, in other areas the GW2200 really shows why it costs under £50. The fit and finish is below par, you can access the blades while they’re still spinning, and this is the only vac we’ve tested to have become blocked.

It’s a shame, since the basic design is one I’d choose over any other blower/vac we’ve tested – but I’d really like to see it used on a more premium model that’s build to a higher standard.

A decent basic leaf blower and vac, although poor overall build quality means that it can become blocked on occasion.