What is the Big Green Egg MiniMax?

The Big Green Egg MiniMax is a ceramic cooker based on a kamado, a traditional Japanese wood- or charcoal-fuelled stove, not unlike an Indian tandoor oven.

They come in various sizes and this MiniMax is one of the smaller models. It still weighs a tonne, but the foodie results and versatile cooking makes it a tempting proposition despite the high price. 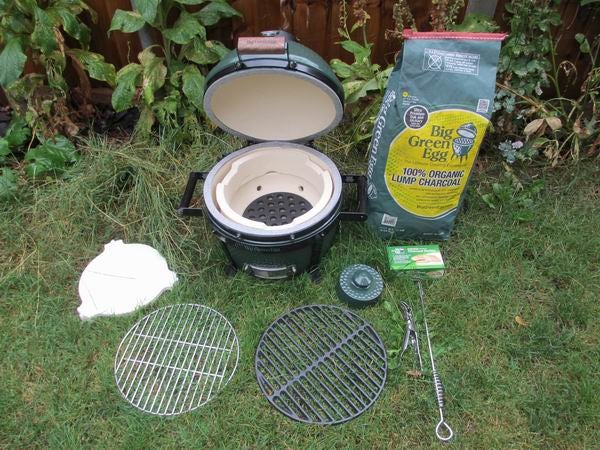 Don’t be misled by the “mini” in the Big Green Egg MiniMax’s name. This is a decent-sized barbecue and a beast of an object. The ceramic construction means that it weighs nearly 30kg. It’s very hard for one person to lift – really, it takes two of you. It’s big enough to cook four burgers, a chicken, two steaks or a rack of ribs

The reason for the MiniMax name, though, is that this is the second smallest of the Big Green Egg range. The largest weighs in at a ridiculous 209kg and is big enough to roast a suckling pig, 20 racks of ribs or 40 burgers.

The MiniMax comes with a built-in thermometer in the lid because much of your cooking is done with the lid down, for high temperatures and an enclosed cavity that retains moisture. 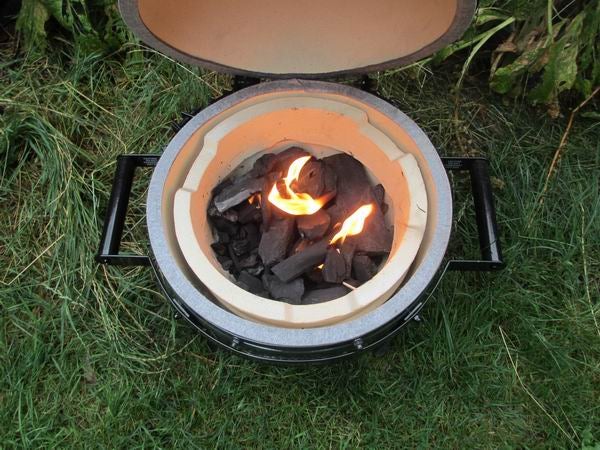 Big Green Egg MiniMax – What’s it like to use?

Lighting was simple. You light the charcoal as you would any other barbecue, leave the lid open for ten minutes as the fire catches, then close the lid and wait. The temperature dial tells you when you’re ready to rock and you can adjust the air vents at the top and near the bottom to adjust the heat.

We started by cooking whole baked cauliflowers in a spiced butter – a recipe taken from the Big Green Egg website. This meant indirect cooking – you add a “plate setter” horizontal ceramic slab to cook on. We found it hard, tinkering with the air vents, to bring the temperature down to the 120°C demanded by the recipe, but the lowest we could manage was 170°C. Still, the resulting roast cauliflower and hour later was a revelation: it melted in the mouth in the best possible way. 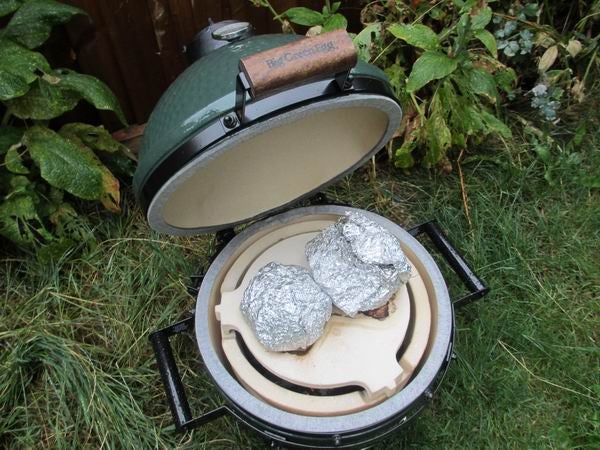 The plate setter we used adds versatility to the Little Green Egg – you can cook indirectly, roast or bake on it. But it’s frustrating that it’s a £40 optional extra when the cooker alone costs so much.

After cooking we found that by shutting down all the vents, top and bottom, we could cut off air flow completely and extinguish the fire. The next day, the unused charcoal was still unused and ready to go again. Very fuel efficient. 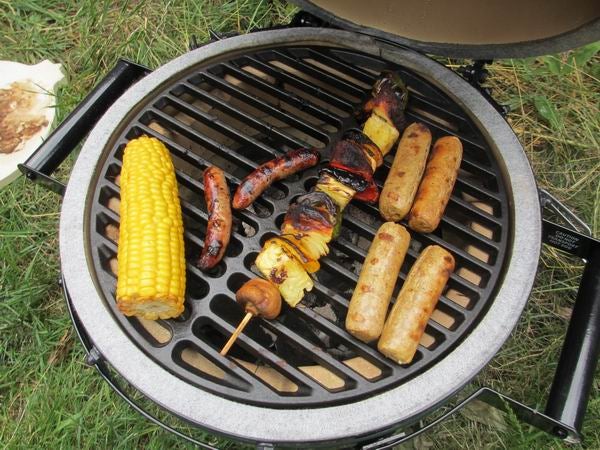 We also tried direct cooking on the grill rack. Cooking was less exceptional but not to be criticised – it just did the job of barbecuing really well. We especially loved its moist, perfectly cooked halloumi.

Cleaning up (once it was finally cold) was fine once we realised we could lift out the various ceramic lining pieces and then just dust up the ashes. 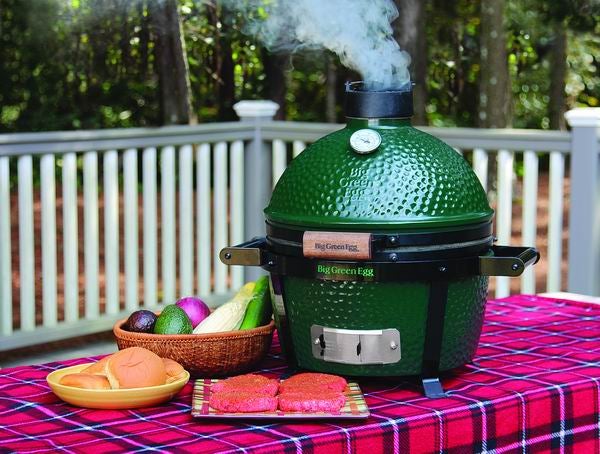 Should I buy the Big Green Egg MiniMax?

Yes, if you’re a foodie with a big budget. It’s frankly hard to fault if money’s no object. It’s only real downside is that it’s too heavy to move.

If you’re a foodie on a lower budget we’d recommend looking at the Cobb Premier. If you simply want a good, techie barbecue consider the fan-assisted Lotus Grill – reviews coming soon for both.

We love the food from this foodie charcoal oven, but it is pricey.