What are the Beyerdynamic Byron BT?

The Beyerdynamic Byron BT are some of the most welcoming headphones from Beyerdynamic to date. They’re wireless earphones that can be bought online for about £85-90, making them far more affordable than the alternatives from Apple and Sennheiser.

Practical, sensibly priced and with a set of earbuds that can withstand plenty of harsh treatment, these are some of the better sub-£100 earphones on the market. The sound is also good – as you’d expect from Beyerdynamic – although the slightly hard, sibilant treble makes them more tiring when listening at length than the SoundMagic E10BT or the original wired Byron headphones. 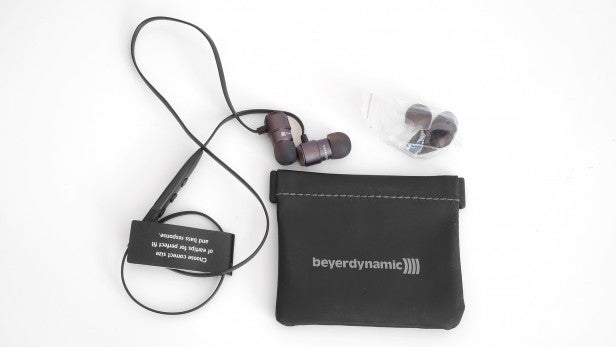 The Beyerdynamic Byron BT are wireless earphones that attempt to address some of the issues commonly seen with devices in this category. They don’t have a bulky neckband, nor ear hooks that some people simply won’t like.

Almost all of the bulk sits in the earpieces themselves. They’re little metal bullets, longer in length than is the norm, presumably in order to fit in the battery or some of the electronics required for a wireless earphone. From the look and feel at least, the in-line remote simply seems too thin and light to house everything.

The Beyerdynamic Byron BT’s earpieces are all-metal and extremely robust. This can also be attributed somewhat to the extra weight and size, but I imagine they’d survive being stepped on far better than the Bose SoundSport Wireless.

Beyerdynamic has also done a great job of making the Byron BT look and feel normal, unlike some wireless pairs. They don’t protrude from your ears by much, and don’t feel as though they’re trying to escape from them either.

If there’s one weak point to the Beyerdynamic Byron BT hardware, it’s that the remote feels less strong than the earpieces. That said, it’s a typical slender piece of plastic, similar to those found on countless other pairs. Unless you’re going to treat these headphones with zero care, it’s a non-issue. 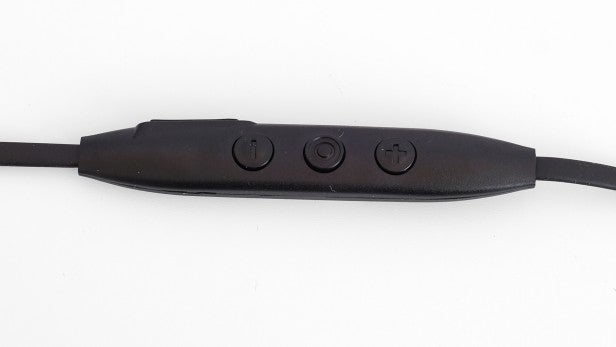 Given the lack of bulk, plus the lack of a proper headband, I’m impressed by the Byron BT’s battery life. Battery life of 7.5 hours isn’t going to be sufficient for all uses but is pretty standard for wireless headphones of this type.

You charge the battery via a Micro USB on the remote, which is covered by a tiny rubber flap when not in use. This offers some protection against water or sweat, but unlike a number of earphones of this style, there’s no official water-resistance. Whatever you do, don’t rinse the Byron BT under the tap after a run. Beyerdynamic says “sports use wasn’t in the centre of our considerations during development” – although they work perfectly well for use while running. 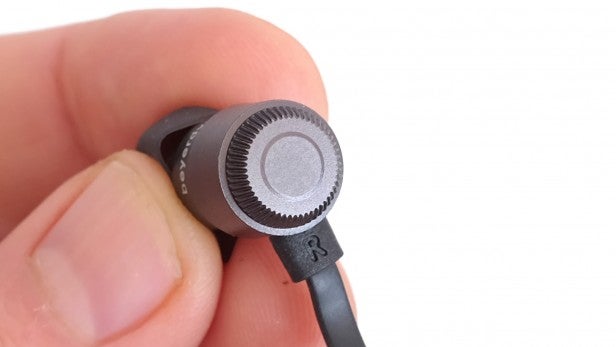 Also on the rear of each earpiece you’ll find a magnet, which enables the two units to stick together. This is handy if you want to stop listening while you’re out and about, letting them rest around your neck without risking them slipping  onto the pavement. A carry case, three pairs of silicone tips and a set of stabilising ear hooks are included in the box, too. The latter don’t sit over your ears; they’re simply silicone stabilisers that act as scaffolding, resting against your ear cartilage.

The Beyerdynamic Byron BT offer fairly good wireless functionality for the price. They use a Bluetooth 4.1 chipset and support the aptX codec.

If this isn’t enough, Beyerdynamic also makes a higher-end version of this pair called the Byron BTA. They use a Bluetooth 4.2 chip, support AAC streaming with Apple devices, and use DSP for more carefully tailored sound. The BTA are also far more expensive at £149/$199. I haven’t put them through testing, but they’d need to sound a lot better to justify the price hike. 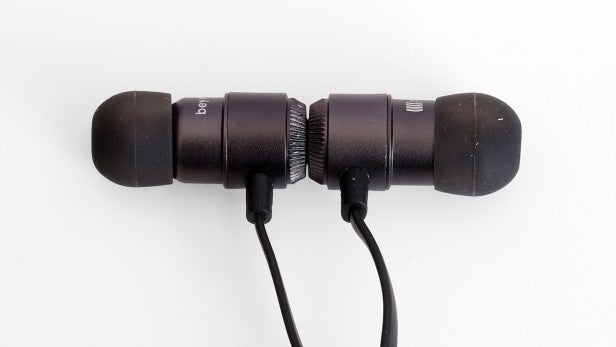 My initial assumption was that the Beyerdynamic Byron BT would sound just like the wired Byron, but they don’t. They’re better in many respects, but also a trickier, more tiring listen.

They sound detailed and dynamic for a sub-£100 wireless earphone. They display plenty of energy, and powerful low-frequency bass that’s cleaner than that of the Byron or the rival SoundMagic E10BT.

I’ve always found the very popular SoundMagic E10 earphones to be a little thickened in the mids, making vocals sound less than entirely separated. There’s none of that here. The Beyerdynamic Byron BT offer up a satisfying thud for bass drum lines, but not one that blooms out, plus there isn’t the mid-bass chaff that often acts as padding around vocals in reasonably priced earphones. 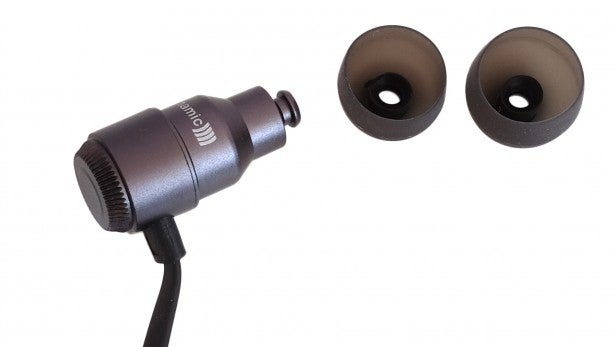 The aim is clearly towards a higher-end sound than most at the price, with separation, detail and dynamics valued more than most comparable sets. It’s typical Beyerdynamic, in other words.

However, I have real issues with the treble. Beyerdynamic seems to have taken its approach a little too far here, seeming to butt up against the limits of the driver. The higher frequencies are fibrous and incongruous. Their detail is good, with real zest, but the treble doesn’t take much prompting to slip into slight harshness and sibilance.

I find it tiring, coming across as quite “try-hard” when a slightly smoother finish would have made the sound not only much easier to listen to for longer periods, but also would have placed the earphones among the very best at the price. 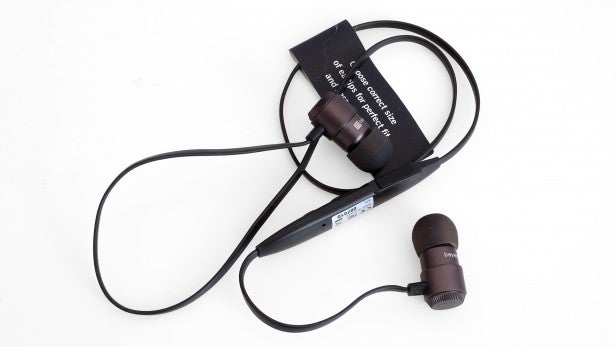 Should I buy the Beyerdynamic Byron BT?

In most respects, the Beyerdynamic Byron BT are great wireless earphones. Their design is simple and practical; the price is reasonable; and most aspects of the sound is strong.

However, I find the treble too brittle and abrasive to listen to every day for hours.

While the SoundMagic E10BT have a lower-end tone, they make for a much easier listen. And they’re cheaper, too.

Smart design and energetic sound is tempered by a hard-sounding treble.