What are the Beyerdynamic Aventho?

The Beyerdynamic Aventho are among the highest-end portable on-ear wireless headphones you’ll find. For £399, you get a fantastic-sounding headphones, which offer just about the best sound you’ll hear from a wireless on-ear pair. 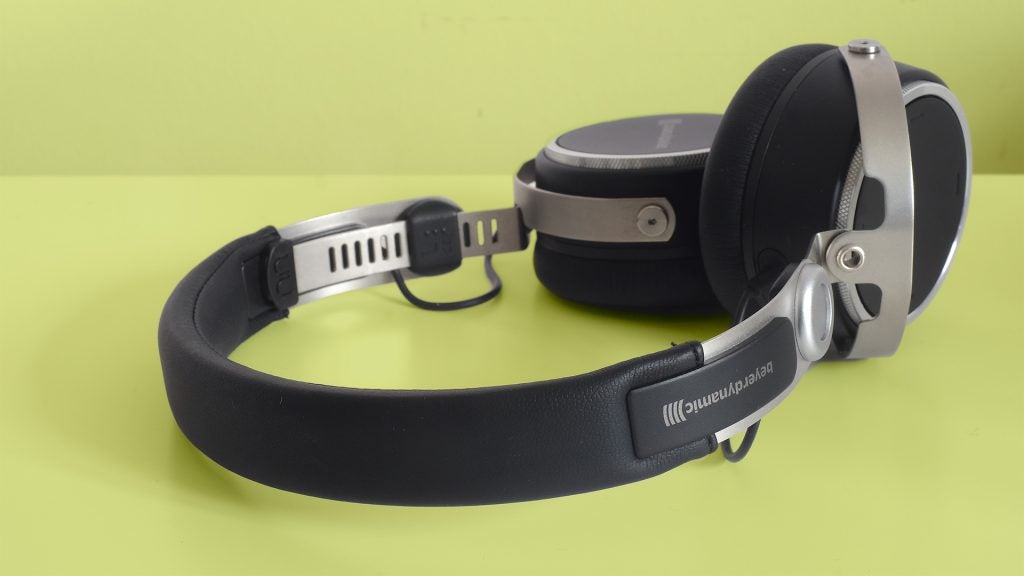 Beyerdynamic makes some of the best headphones in the world, but the focus is rarely in making something that will catch the eye.

The Aventho are bolder than most Beyer headphones, but look grown-up and tasteful. The finish is two-tone, black and silver, but this model isn’t shiny, large or contoured to be instantly recognisable from 20ft away.

There is evidence of industrial flair: the chunky round fasteners that join the headband to the stems, the bold cut-out of the headband adjuster, and the criss-cross texture metal rim of the cups.

The design here is far from the soft pastel Scandi vibe common among many portable headphones, but it fits perfectly with Beyer’s Made in Germany image. And these headphones are mostly made in Germany* (* some parts are manufactured in China). 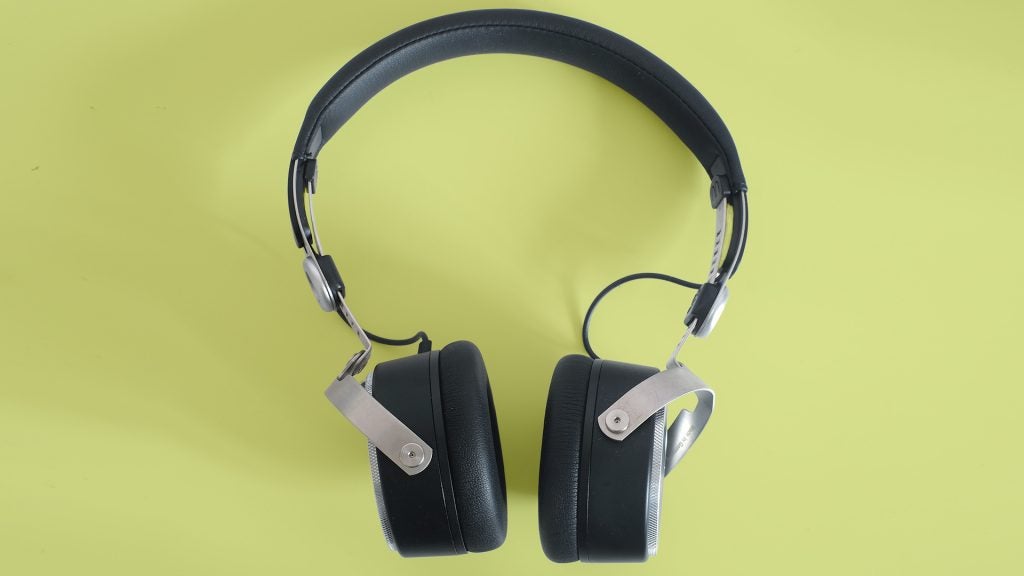 They’re remarkably comfortable considering the pads appear to be quite thin. Even when wearing glasses – the enemy of on-ear headphones – the Aventho don’t cause any major discomfort after a couple of hours’ use.

I’m not quite sure how Beyerdynamic manages this; press down on the pads and they feel super-soft. Nevertheless, it’s still just memory foam with a top layer of synthetic protein leather.

The headband isn’t shaped in just a regular loop; it flattens out towards the top. One side effect of such a design is that the Aventho don’t fold up for storage. The cups swivel around by 90 degrees, but they don’t enclose to fit in a coat pocket.

A large fabric carry case is included in the box, which give some indication of the sort of bag space you’ll need if you don’t want to walk around with the headphones hanging from your neck. 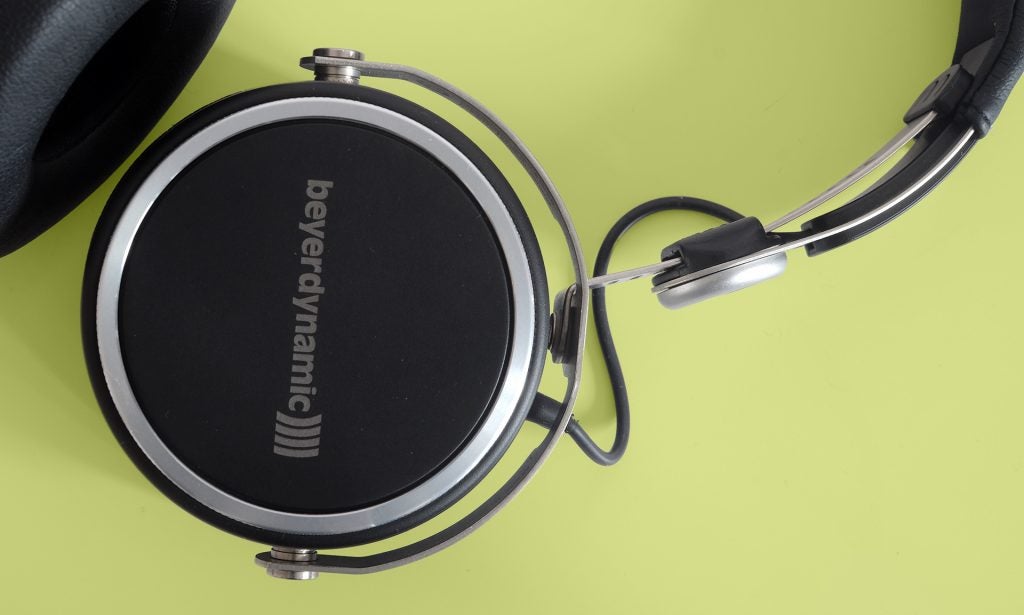 The Beyerdynamic Avetho feature less tech than some high-price portable headphones. There’s no active noise cancellation or NFC. I’ve found their passive isolation to be good enough for use on trains and buses, however.

Their battery lasts for more than 30 hours, according to Beyerdynamic. This is great, and will do the job for over a week’s use for most people.

You’ll get a voice prompt when the charge drops every 20%, and an LED on the right cup blinks to indicate that the charge level is low. Like most recent phones, the Beyerdynamic Aventho use a USB-C cable for charging rather than a micro-USB. 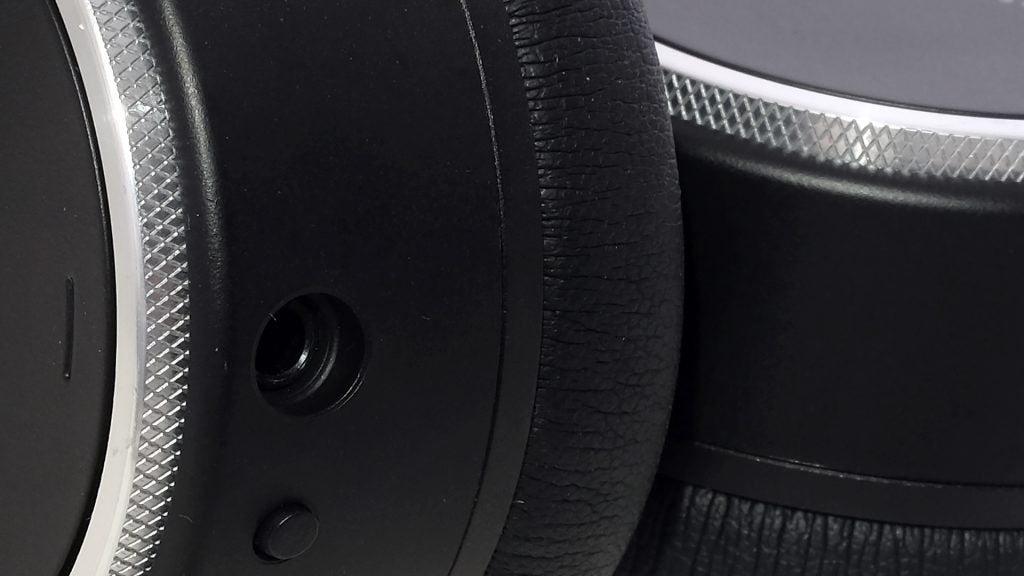 There’s just one stiff little button on the headphones, used to power them up and switch them off. A touchpad on the right cup handles other commands. You swipe up and down to change volume; left and right to change tracks. A double-tap acts as the play/pause command.

The Beyerdynamic Aventho’s touch gestures work as well as any, and don’t suffer as much delay as some models – but they’re still more fiddly than buttons much of the time.

There’s also an issue with the Aventho’s software. The headphones have a companion app that lets you tailor the sound to your hearing, compensating for age-related high-frequency hearing loss. However, to get it to work with a phone running Android 8.0, the Aventho need to be updated. 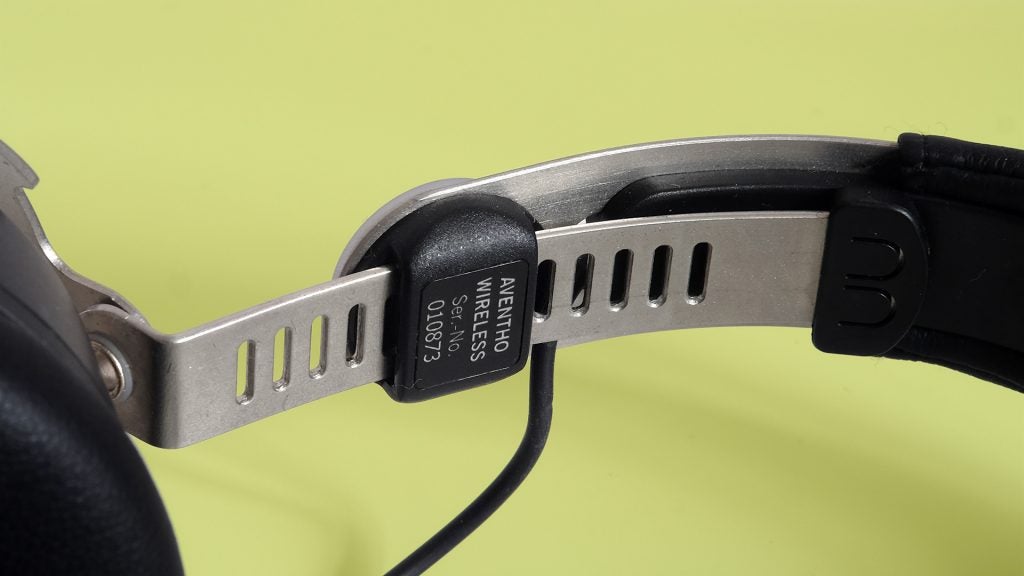 To do this you have to install an application on a Windows laptop or desktop. Mac users are out of luck, as are those who don’t own a laptop or have moved over to using, say, an iPad instead.

Later batches of the Aventho may come with this firmware already applied, but our review pair did not.

I couldn’t get the advanced ‘hearing test’ part of the MIY companion app to work, even after updating the firmware (using an application written in German). This, in theory, plays tones to diagnose any hearing loss, EQ’ing the headphones to suit. After several hours of trying, the app just wouldn’t play any tones, leaving me with just a standard age-based profile.

This does make some useful sound tweaks, though.

The Aventho also aren’t immune to wireless blips. There were only been a few bouts of wireless issues during testing, but I’ve reviewed some much cheaper pairs recently with no wireless interference at all.

The Aventho have the audio quality side of their tech nailed down. They have Bluetooth with aptX and aptX HD, which is a standard feature of Android 8.0.

This more-or-less gets rid of the perceptible sound quality sacrifice of Bluetooth streaming.

The Beyerdyanmic Aventho sound is excellent. It’s the best I’ve heard to date from a wireless on-ear pair of headphones. Of course, they’re also among the most expensive pairs in this class. 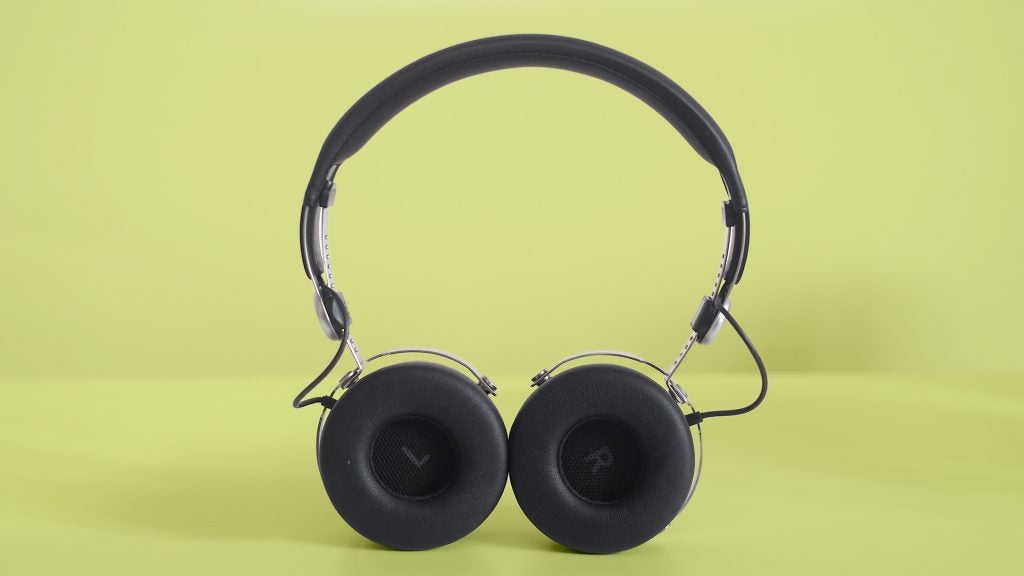 Almost every aspect of the sound is superb. Mids are well integrated, detailed and consistently textured – from low to upper-mid. Vocals sound great as a result; they stand out without seeming artificially boosted or pushed.

Treble is detailed and clean-sounding, but not outright bright. Bass is powerful for an on-ear headphone, and the Beyerdynamic Avento sub-bass surprises almost every time it kicks in. It’s far more assured than you might expect from small headphones; it isn’t obviously bass-focused.

As the Beyerdynamic Aventho have a relatively neutral character, other than delivering relatively powerful bass in their class, the sound is hard to nail down to a sentence. They’re not bright and they sound great.

These headphones don’t lack treble clarity but don’t display serious high-end bite, if you enjoy the fresh zing of a bright sound.

The Aventho use one of Beyerdynamic’s Tesla drivers, originally seen in its top-end T1 headphones. However, Beyerdynamic’s Tesla designs have branched out since those early days. Now it just refers to Beyer’s own take on a dynamic driver. You’ll find similar tech in Beyer’s highly regarded wired T51p pair. 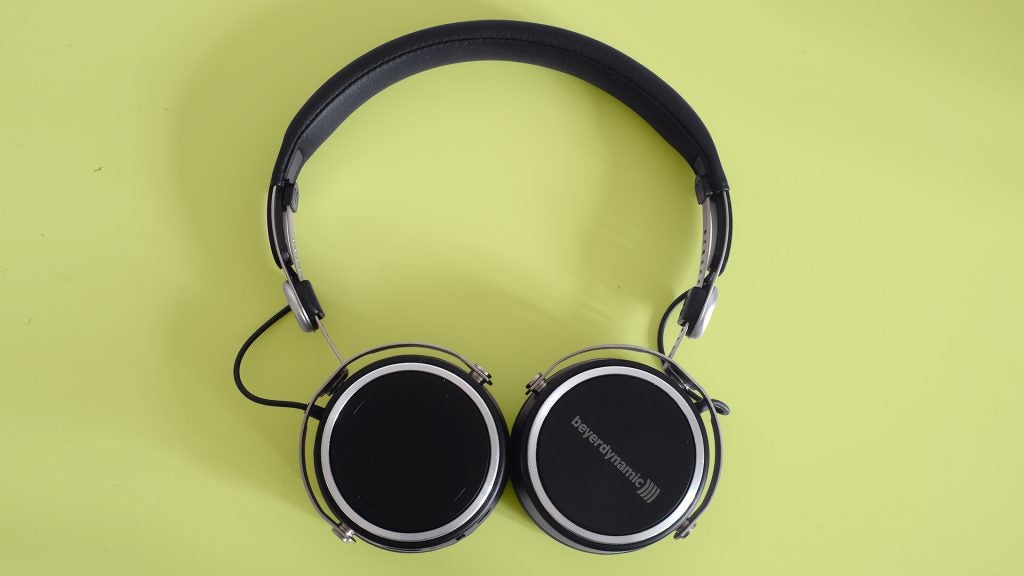 Why buy the Beyerdynamic Aventho?

The Beyerdynamic Aventho sound great, look great and have the wireless features needed to make Bluetooth transmission a non-issue in terms of sound quality.

However, they’re expensive and full-size headphones around this price offer still-larger soundstages. If your budget won’t stretch, the AKG N60 NC are a good alternative.

It’s also a shame the software side is patchy at best, often refusing to work as expected, as you can see by reading the user reviews for the MIY companion app.

A great on-ear choice, if you don’t mind the high cost and flaky software.