I expected the BenQ  to deliver great contrast and brightness, and the VA-powered panel delivered in benchmarks.

Its initial factory settings tests revealed a huge brightness measurement of 340 nits and a deep black level of just 0.2 nits. Those combined to deliver contrast of 1,700:1 – far more than the Asus Republic of Gamers Swift PG348Q, which uses an IPS panel to churn out contrast of 1,055:1 and a 0.2- nit black level.

Only the Samsung S34E790C is better, with a brighter screen, a deeper black level and a mighty contrast ratio of 2,133:1. That’s no surprise, because the Samsung also uses VA technology.

The BenQ’s factory measurements weren’t as kind when it came to colours. The temperature of 6,999K is too cool, and the average Delta E of 4.09 is mediocre. The Asus and Samsung were both better. 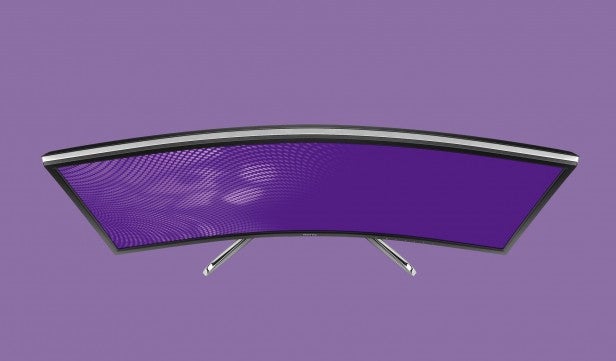 This screen’s initial brightness is impressive, but it’s far too high for comfortable daily use. I toned the panel down to 150 nits and measured again – and with this option selected, the BenQ performed equally well.

The BenQ is able to display 99.3% of the sRGB colour gamut that, combined with excellent contrast, results in bright and punchy images that do justice to how the creator intended them to be seen.

The BenQ’s key screen modes concern different genres of game, but none of them are worth using.

The two FPS modes are basically the same – and they both suffer from the same faults. Their colour temperature ramps up beyond 9,000K, which means that the screen is coated with a distracting blue pall. The black level is worsened to 0.38 nits, which is designed to illuminate dark areas but just robs darker shades of any nuance. The average Delta E of 6.68 is poor, and the mode just means that games don’t look as intended.

The Racing mode has a similarly chilly colour temperature and a poorer black level when compared to the BenQ’s factory settings, and the poor results aren’t just restricted to gaming modes. Movie mode isn’t bad, but it’s just a little poorer than the BenQ’s factory options in every key department. And Photo mode ramps the colour temperature to 10,316K, which makes any image look pallid and cold.

Several other options are available to tweak individual aspects of the screen. These options aren’t as ruinous as the various genre modes, but they’re still not much cop. The Black Equalizer option made the black point and colour temperature poorer, and the colour vibrancy slider made colour accuracy and black levels worse. 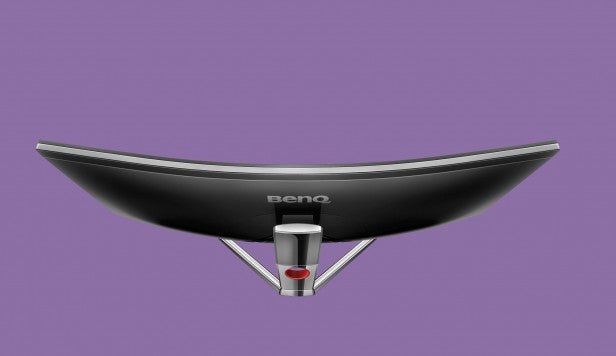 There’s really nothing here to make games or movies any better. Besides, when the BenQ delivers such a solid slate of scores in more conventional tests, I’ve no idea why anyone would look towards these more specialist screen options.

Here’s one area where the BenQ’s lesser budget is obvious against the expensive Asus panel. The XR3501’s backlight faded by between 18% and 21% along its top edge and then 20% and 23% along the middle row. Both of those figures are around twice as worse as the Asus.

Even when the BenQ improved, it could manage only mediocre results. Along the bottom edge, the XR3501 lost between 11% and 13% of its backlight strength – better, but still not as good as the Asus. Across the entire screen, colour temperature rose by between 1% and 5%. That makes for slightly cooler benchmark results, but it isn’t enough of a difference to be noticeable.

Those brightness uniformity figures are also aided by the BenQ’s relatively tight curvature. On a flat panel, the backlight differences and sheer size of the screen would make darker areas really obvious, but the curve makes viewing angles more comfortable and eliminates any obvious panel variations.

The BenQ’s input lag wasn’t that good, either. Its average input lag speed of 23.9ms is just behind the ideal 20ms figure on proper gaming screens – and it’s also slower than the 13.2ms of the Asus and 10.9ms of the Samsung.

Most gamers won’t notice any input lag or the difference between these three screens, but the disappointing result here means that the BenQ isn’t really suitable for professional or super-competitive gamers.

BenQ’s huge curved screen is a mixed bag in terms of quality and features.

Its tighter curve radius makes for an immersive gaming experience, and its 144Hz operation makes for smooth gaming. However, the lack of syncing is evident when the BenQ is lined up against a panel with AMD or Nvidia hardware on the inside.

Image quality itself is similarly inconsistent. The VA screen provides exceptional contrast and black levels, but the Asus offers better colours and the Samsung displays even better contrast. Both of those monitors have 3,440 x 1,440 resolutions, too. The BenQ is brash and punchy, but both of its rivals are a little more convincing.

The lack of syncing, the middling input lag and the underwhelming screen modes mean that the BenQ isn’t the best curved gaming panel – for that you’d be better spending a little more and opting for the Asus. The Samsung, too, is a slightly better alternative for similar money. The XR3501 is good, but it’s not good enough.

BenQ’s VA-based panel is a punchy, high-contrast unit whose tighter curve helps immersion. It’s good for games, films and movies, but its lack of syncing features and the better image quality available from other units mean that rivals offer a better experience.
.