For a relatively premium 27in monitor there is something a little disappointing about firing the XL2720Z up and seeing a resolution of only 1920 x 1080 coming from a TN panel, with its inherent viewing angle issues. You can easily pick up a 27in monitor with a 2560 x 1440 resolution and an IPS panel for the same money and enjoy more screen space and a more consistent image due to the better viewing angles.

However, that’s simply the compromise you make for a high-speed gaming panel with the extra features this model has. Moreover, for a monitor that makes no great claims for the utmost in image quality it actually performs reasonably well. 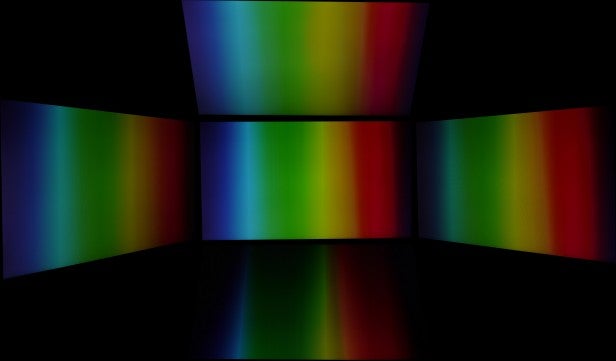 Backlight evenness is also decent and there is no backlight bleed, so again the image is as consistent looking as is reasonably possible with a TN panel.

Overall contrast is good too. Testing at full brightness we get a decently bright white-level of 317nits and a black level of 0.3 nits, making for a contrast of 1034. At 200nits maximum brightness the black level drops to an impressively inky 0.18nits, increasing the contrast slightly to 1046 – that’s a decent score for this level of monitor. 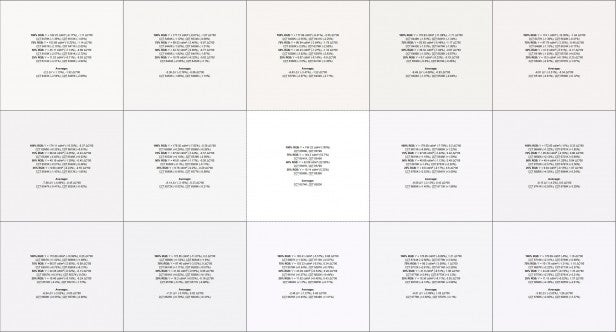 Colour temperature out of the box is a reasonable 7208K while after calibration we got it to 6541K – less than 1% away from the ideal of 6500K. Most impressive is the colour differentiation, with the Delta E reported a just 0.16 – a phenomenal score that beats many professional monitors. Sadly colour space coverage is only 89% for sRGB and 64.9% for Adobe RGB. The step up XL2730Z is a marked improvement here, hitting 98.1% for sRGB and 72% for Adobe RGB. 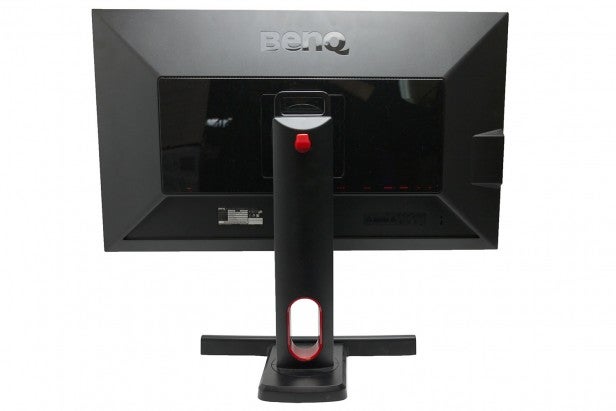 So, all told, you’re looking at a monitor that delivers decent image quality – it’s fine for gaming, desktop work and watching video, though the latter is affected by the slight brightness shift in the vertical plane. Most obviously, for colour accurate work like photo editing, it wouldn’t be you best bet.

Where this display excels, then, is in gaming. This kicks off with an excellent input lag figure of 10.2ms – way below our cut off of 30ms. This is only achieved when the ‘instant mode’ is engaged though, with a figure of 27.3ms achieved without this.  The Instant Mode didn’t appear to affect anything else in our tests though so it seemed fine to leave this on.

Also impressive is the blur-reduction mode. It results is a marked drop in brightness, thanks to there being black frames inserted inbetween each normal frame, but it really does work. The image just appears more immediate and clear. It’s not a slam-dunk of a feature that we’d want to use everyday but it certainly does bring some advantage in competitive gaming scenarios where the utmost in speed and clarity is paramount. 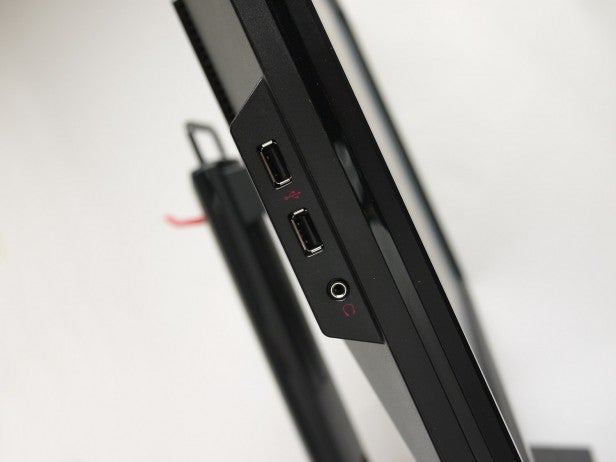 This applies double when combined with this monitor’s ultra-fast 144Hz panel and 1ms response time. If you’ve never used one of these high-speed gaming monitors you should really give them a go. While you do compromise on image quality compared to an IPS or PLS monitor, the greater responsive feel you get from an image refreshing at 144Hz compared to 60Hz is marked. Of course, that’s assuming your graphics card can deliver the frames fast enough.

All this would add up to a generally impressive device were it not for the lack of FreeSync. Unfortunately, as we’re getting to this monitor a little late, new models are coming out that feature AMD’s tear- and stutter-reducing technology and we simply wouldn’t advise buying a gaming monitor now that doesn’t feature it. 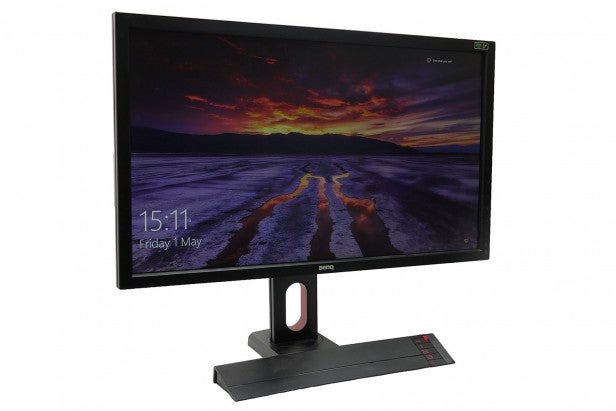 The BenQ XL2720Z is an impressive gaming monitor with decent image quality and excellent gaming performance. The combination of a 144Hz panel, the blur-reduction mode and a low input lag figure makes for some of the most responsive gaming you can get on a PC.

However, because we’re a little late in reviewing this model we’re starting to see new models appear from other manufacturers that have similar capabilities but also feature FreeSync, and quite simply we’d not recommend anyone buy a gaming monitor that doesn’t have FreeSync now.

BenQ has its own upgraded version of the XL2720Z in the form of the BenQ XL2730Z, which includes FreeSync and a higher resolution panel. However this is quite a bit more expensive so we’d like to see a direct upgrade of this model with FreeSync or perhaps one that’s 24-25in rather than 27in – 27in feels a bit large for a 1920 x 1080 resolution.

BenQ XL2720Z is a very good premium gaming monitor with a host of great features and excellent gaming performance. Unfortunately it feels just a bit expensive and is now lagging behind by not featuring FreeSync. A great option if you can pick it up cheap but we’d be inclined to wait for the updated model that’s no doubt round the corner.