The XL2720Z is a large, feature-packed gaming monitor that includes a motion-blur reducing mode, ultra-low input lag and even has a remote control for using the on-screen display. A step down from the higher-resolution, FreeSync-packing XL2730Z, it’s a good lower-cost option for those who can’t quite stretch to spending the best part of £500 on a monitor.

The XL2720Z actually preceded the XL2730Z so logically the latter should be the refined version. To all intents and purposes, though, there’s little to choose between them on the design front. Both are black all over with a mostly matte finish other than the back of the screen section, which is glossy.

Both also feature splashes of red here and there, have handles atop the stand to make for easier carrying and the stands are fully adjustable with height, pivot, rotation and tilt all on offer. They also both have remote controls for the on-screen display (OSD). 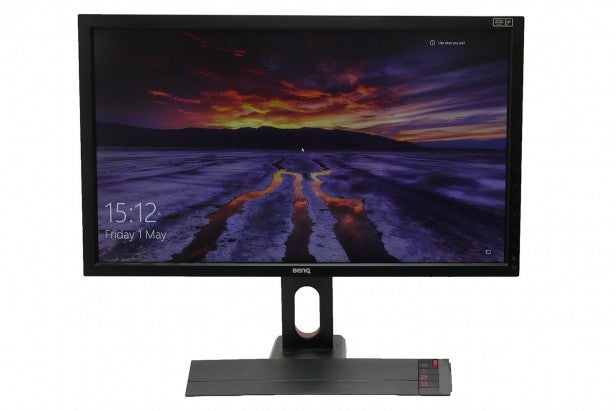 Where the two most prominently differ is in the shape of the stand and remote. The XL2720Z has a narrower stand that finishes in a wider rectangular wedge shape that the remote than attaches to the side of. It’s rather a neat solution that allows the monitor to look completely symmetrical and normal without the remote yet the remote still fits in when it’s attached.

The XL2730Z, on the other hand has the circular remote sat in a recess cut in the flat base of the stand – we don’t think it’s an improvement. The newer model also has adjustable markings on it so that you can keep a record of the exact height and angle you like to have the screen. We don’t see them as a huge loss on the XL2720Z.

The most fundamental differences between the two monitors, though, are when it comes to the features of the panel itself. The XL2720Z may be a large 27in monitor but it only has a 1,920 x 1,080 resolution, compared to the XL2730Z’s 2,560 x 1,440 resolution. The latter also adds in AMD’s FreeSync technology for much smoother images when gaming. 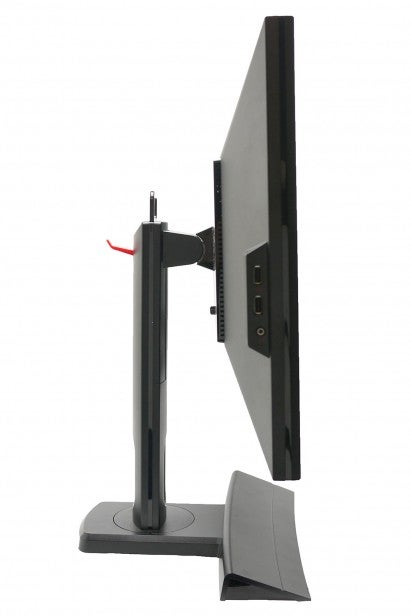 Otherwise, though, the XL2720Z is a clear step-up from your typical gaming monitor. There’s the already-mentioned fully adjustable stand and remote, plus you get a super-fast 144Hz, 1ms LCD panel.

Connectivity is also top notch, with a VGA/D-SUB, a DisplayPort, two HDMI and  dual-link DVI. That’s plenty for a couple of computers and even a pair of games consoles. You don’t actually get speakers or a webcam, though, so it’s not quite an all-singing, all-dancing model.

There are a host of internal extras, though. A motion-blur reducing mode uses backlight flickering to make images appear sharper and less blurry when moving at high-speeds. A low blue-light mode is also present and this helps reduce the sleep-blocking effects of staring at a screen. BenQ also claims the monitor is flicker-free, so those that are distracted by backlight-flickering techniques used to reduce brightness won’t be disturbed by this monitor. 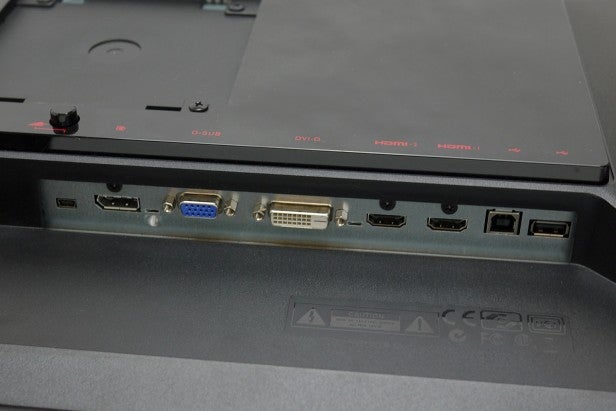 Other extras include a built-in USB hub, with two ports situated on the left edge alongside a headphone jack. There’s also a third port on the underside along with all the other connections, including the input for the USB hub.

The audio output comes via a built-in sound card that converts any audio signal received from either the HDMI or DisplayPort inputs.

The XL2720Z takes a little more setting up than some as the stand comes in two parts which need to be screwed together via a captive thumbscrew. The monitor than clips onto the stand via a neat quick release mechanism. There are also VESA mounting holes if you want to use a monitor arm.

Once built, connecting everything up is easy thanks to the pivot function allowing you to turn the monitor into portrait orientation. Here you can also plug in the remote, as well as your AV connections and power. 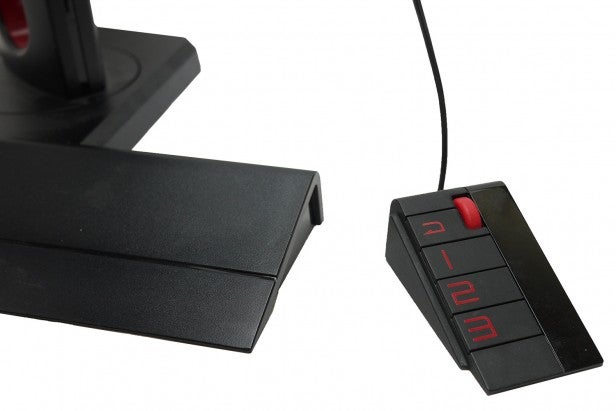 If you’re tidying your monitor away BenQ also provides a tough form-fitting plastic bag to keep the dust away.

Setting up the monitor is super easy thanks to that remote. Rather than having to use the otherwise perfectly serviceable buttons down the right edge of the screen you can scroll around the menu quickly and easily, and there are even three preset buttons for going straight to the mode you want – great for flicking between modes optimised for gaming and desktop work. It really is more than a gimmick. It also connects via a miniUSB connection so you can remove it if you find you’re not using it.