The W8000’s connections include two HDMIs, a 12V trigger output, a D-SUB PC input, a component video input, an RS232 port to aid integration into a home control network, a 12V trigger port for potentially driving an external motorised screen, and a 3D Sync output.

This latter port proves that the W8000 supports 3D playback – although BenQ doesn’t supply any 3D glasses as standard with the projector, and didn’t provide any for this review. 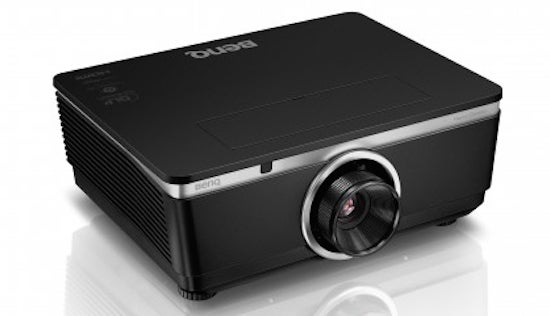 The W8000’s single-chip DLP projection engine promises a maximum light output of 2,000 ANSI lumens and a contrast ratio of 50,000:1. Both sound promising (if not outstanding) for a modern mid-range projector.

The native Full HD resolution is as you’d expect – although in light of the recently reviewed Epson EH-TW7300, some may feel it unfortunate that the W8000 can’t receive and re-map 4K video.

The £2,200 EH-TW7300 also supports HDR playback; the W8000 does not. Although actually, the EH-TW7300’s HDR playback is so flawed that it’s probably best ignored. In fact, given the significant issues all affordable projectors to date have with HDR, I don’t consider its absence from the W8000 a serious omission at all.

Overall, I’m not a fan of the W8000’s THX picture preset, but the fact that the projector has passed THX’s stringent performance tests is significant.

As is the fact that the W8000 uses a six-speed RGBRGB colour wheel that’s been specially engineered to get as close as possible to the colour characteristics of the non-HDR Rec 709 video standard. BenQ even calibrates each and every W8000 on the production line to make sure its software settings are also matched as closely as possible to Rec 709.

Two final “high-end” features that help explain the W8000’s high cost relative to other BenQ models are its use of all-glass optics, and BenQ’s proprietary “Total Inner Reflection” optical system.

This uses a system of prisms to deliver more precise light beam angles and so increases the consistency of brightness, colour, contrast and sharpness right across the screen.

In many ways, the W8000 delivers a beautifully filmic image – especially when it comes to its handling of colours.

For starters, there’s plenty of subtlety in the presentation of colour blends and greyscale tones, with no striping or blocking, even in the trickiest of dark scenes.

At the other end of the light spectrum, the W8000’s tonal adeptness extends to areas of peak white, ensuring that they avoid the “clipping” and bleached-out look that’s sometimes seen with DLP projectors.

The W8000’s colours really do get extremely close to the values associated with the Rec 709 standard, meaning that as well as video pictures looking naturally toned, they also look gorgeously balanced and nuanced. 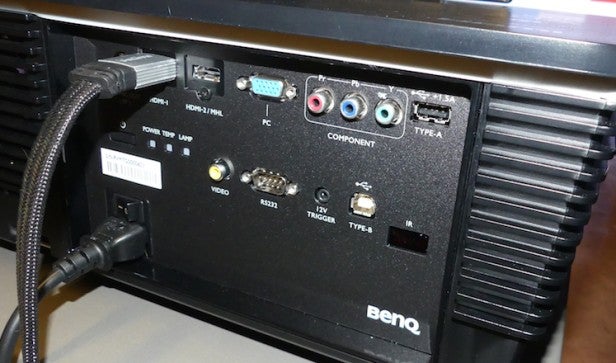 Common types of DLP colour noise – fizzing, green dotting in dark areas or blend “break up” – are pretty much non-existent on the W8000=. In fact, this is one of the most important ways in which the W8000 outguns cheaper BenQ home cinema models.

Skin tones, meanwhile, look wonderfully authentic and detailed, rather than plasticky and mannequin-like as they can with projectors that enjoy less subtle colour handling.

Bright colours aren’t the richest, and bright whites aren’t absolutely the brightest we’ve seen at the W8000’s level of the market. But if this is the “price” the W8000 pays for the positive image qualities mentioned earlier, it’s hard to argue with BenQ’s approach.

The W8000’s noise and colour precision help it get the most from its native Full HD resolution, too. Detail levels from favourite Blu-rays look consistently fantastic – and it’s great to see that the impeccable sharpness remains absolutely uniform right across the image, even into the corners.

This clarity is achieved, moreover, without making any aspect of the picture look forced.

Contrasty edges look clean and free of edge ghosting/halos, while source noise and grain aren’t unduly exaggerated. In fact, provided you don’t activate its motion processing, the projector delivers one of the most natural pictures with grainy movies that I’ve seen on an affordable projector.

With this in mind, it’s great to see that the W8000 handles motion superbly, even without the assistance of the motion processing. There’s no sign of the fizzing noise over skin tones during horizontal camera pans that affects single-chip DLP projectors.

With so much good news to report so far, you’re probably wondering why this review only carries an overall score of seven. But I have my reasons; three of them, to be precise.

First, no matter what settings I used, I couldn’t stop dark scenes appearing through a pretty distinct grey mist. To be fair, this doesn’t stop the W8000 being good at delivering shadow detailing in dark scenes. However, not being able to achieve a believable black tone inevitably makes dark scenes look less natural and engaging than I’d like for a near-£3,000 projector.

The dynamic iris improves black level response, but is so slow and exaggerated in its image adjustments that I found it unusable.

Problem two is the so-called DLP rainbow effect. This sees stripes of red, green and blue flitting over bright parts of otherwise dark scenes; I was more distracted by it on the W8000 than on some of BenQ’s much cheaper recent DLP projectors – although these cheaper projectors aren’t as refined in other ways, of course.

The final issue I have with the W8000 is that I measured its input lag at around 100ms, even when using the Game mode and turning off all obvious video processing. This is far too high to support an enjoyable and competitive gaming experience.

To be clear, the problems I have with the W8000 won’t necessarily be deal breakers to everyone.

The black level issues won’t be a problem for people who struggle to remove all ambient light from their projection room. Tolerances to the rainbow effect vary from person to person, so if you and other household members know that you’re not prone to seeing it, then you can write that one off too.

Finally, if you’re not a gamer then input lag won’t be a problem. Especially if your sources have audio delay options (most do these days).

Nevertheless, it’s a pity that the W8000’s flaws limit the range of people who might otherwise have been tempted in by its considerable strengths.

If the W8000’s trio of flaws don’t affect your room setup or needs, then it has plenty going for it. Its colours are beautifully natural, detail levels are extremely high for a Full HD projector, and video noise is at an absolute premium. 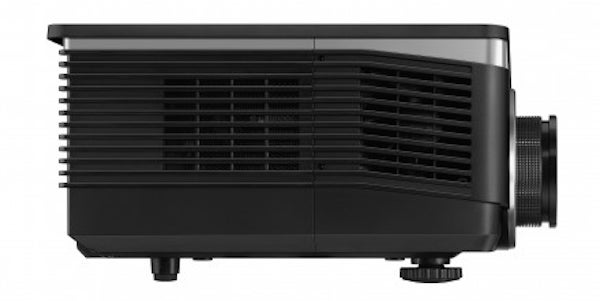 However, its black level, rainbow effect and gaming issues will likely cause at least some potential buyers to turn to rivals such as the Sony VW65ES and Optoma HD91+.

In some ways, the W8000 is a brilliant demonstration of just how good mid-range DLP projection can be. It’s all the more disappointing then that it falls short in a trio of areas where I’d have expected BenQ to do better.