The £2,999 W8000 is a Full HD DLP projector designed with serious home cinema fans in mind. Key attractions of this mid-range model include a choice of lenses, unusually potent video processing, and independent certification of its performance by THX.

However, while it oozes quality in some areas, a trio of issues ultimately limit its potential market, and leave rivals such as the Optoma HD91+ and, especially, the Sony VPL-HW65ES looking like more versatile alternatives.

The nearest it gets to frivolity is the metallic silver trim that runs just under its top edge and around the lens housing.

Happily, the no-nonsense design is backed up by seriously sturdy build quality – it weighs close to 9kg – and what might have been a messy combination of image-shifting wheels and on-projector control buttons is hidden away under a flap that’s so well integrated into the top edge that you can barely see it.

The W8000’s remote control is one of the projector world’s better efforts. It’s large and well balanced, plus its buttons are spaciously laid out, sensibly organised, and illuminated by a bright red backlight.

This is just what you need from a remote that’s likely to be used in a darkened movie room environment.

The W8000 offers plenty of flexibility when it comes to getting its images accurately positioned on your screen.

For starters, you can choose from a range of different lens options with varying throw-distance characteristics. Your chosen lens slots easily but firmly into the projector’s front edge.

Well-calibrated wheel adjustments provide tight, accurate optical shifting in both vertical and horizontal directions, while all the lens options provide a helpful amount of optical zoom. 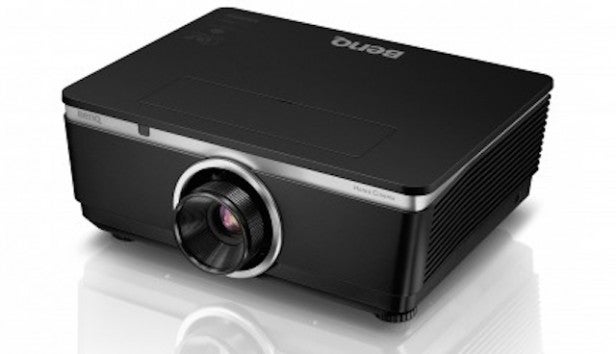 It’s a pity, perhaps, that the W8000 doesn’t support motorised lens adjustments, but I guess that would have been difficult to achieve alongside the swappable lens feature.

The W8000’s on-screen menus cover all the usual calibration tools you’d expect of an ambitious home cinema projector, including white balance and colour management, alongside a wide range of gamma presets.

You also get a selection of simple picture presets, including a Game one and one designed by THX to deliver what it believes is the most natural and accurate pictures.

Strangely, the Game preset didn’t appear to improve input lag (the time it takes the projector to render images), while the THX setting caused the fans to run loudly and was a letdown with regards to black levels.

As a result, I’d recommend using a tweaked version of one of the two “user” settings that the W8000 provides.

Some picture presets allow you to call in a dynamic iris system for adjusting light output in conjunction with image content, or you can control light at lamp level via a Smart Eco setting that sits alongside the more conventional Normal and reduced-brightness Eco lamp output options.

I found the best results were achieved with the lamp set to Smart Eco or Eco, and with the dynamic iris system turned off. 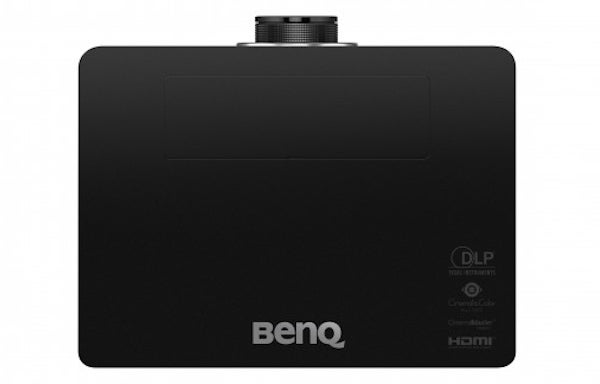 Personally, I felt the flesh tone enhancement feature was the only processing element that clearly made a positive difference. However, the other processing features are more sensitive in the way they work, and are thus worth experimenting with.

Other recommended settings include gamma to 2.3 or 2.4, rather than the more typical 2.2 setting, and nudging the brightness down to around 45 or 46 from its default 50 level. So long as you’re watching in a blacked out room, that is.

Next
Features, Performance and Verdict Review