Also surprisingly strong is the W770ST’s sharpness with HD sources. It is, after all, a 720p projector, not a full HD one, yet we still felt like we were seeing all the usual HD stalwarts such as hair and pore details. Just as importantly, though, this sharpness does not feel forced, as edges don’t look troubled by haloing and even quite grainy sources don’t look ‘alive’ with sharpening noise.

The W770ST’s motion handling enhances the image’s sharpness too, as action scenes are delivered without significant judder or resolution loss. 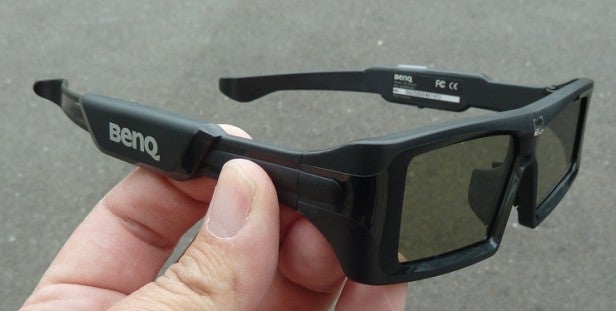 If the W770ST is better than expected with 2D, it’s ridiculously good with 3D for its money. Its 3D pictures are bright, reasonably well saturated, full of natural depth, crisp and best of all almost completely free of the crosstalk ghosting noise that we’ve seen affecting some 3D projectors costing five times as much as the BenQ W770ST.

There are a few issues with 3D too, though. First, the image is very heavily saturated with green until you don the 3D glasses, and sometimes a faint trace of this green creeps into pictures even with the glasses on. Second, the projector runs a touch noisily in 3D mode as it has to drive the lamp brighter.

Finally, you can sometimes get a sense of pixellation in the image, presumably as a result of the 720p rather than full HD native pixel count.

This slight pixellation – which can also cause a little jaggedness around some edges – is visible during 2D viewing as well, at least if you’re using a screen of 80-inches or more. And there’s another issue with 2D too: the rainbow effect.

Caused by the colour wheel required by single-chip DLP projector systems, the rainbow effect finds stripes of pure red, blue and green flitting up almost subliminally over bright parts of the image. Not everyone can see the rainbow effect, and even people who can will likely only see it regularly on the W770ST if they’re sat so close to their projector screen that they have to regularly move their eyes over the image to follow the action. But this issue is still the main reason we’ve restricted our overall mark for the projector to eight. 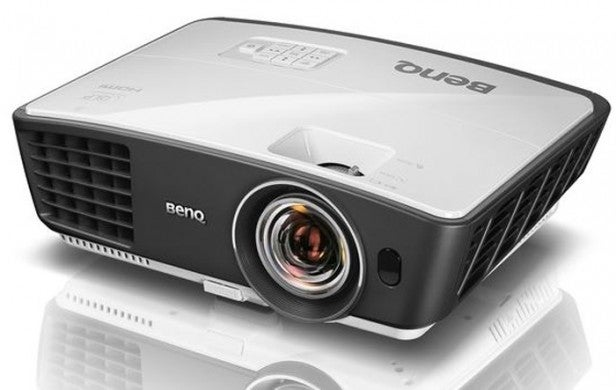 Unless you’re extremely susceptible to seeing the rainbow effect, there really aren’t many reasons not to at least consider the BenQ W770ST. Its 2D and especially 3D pictures are far better than you’ve a right to expect for comfortably under £700, and its short-throw lens makes it easy to accommodate in even the smallest of rooms.

If you can manage to find an extra £120 or so, then you could consider the BenQ W1080ST instead as it carries a full HD resolution – though actually in some ways, especially contrast, the W770ST’s pictures arguably look slightly better than those of the W1080ST.

The Optoma HD25 can also deliver some impressive results and carries a slightly more sophisticated suite of picture set up tools, but it, too, costs £120 more.

Not for the first time with a BenQ projector, we’re finding ourselves struggling to comprehend how the brand has managed to combine so many features and so much quality in a projector that costs so little. Basically, if the W770ST’s short-throw talents and budget price tag fit your needs, there’s very little not to like about it.