The first thing we had to do as we started watching the BenQ W750 strut its stuff was double check that we’d actually got its price right. Surely a projector costing under £440 couldn’t possibly produce picture this satisfying, could it?

There are two main reasons for our incredulity that the W750’s pictures could be coming from such a cheap projector. First, its black level response is miles better than that of any similarly affordable projector we’ve seen before, enabling it to render dark scenes with far less of the typical low-contrast grey mist than we’d have expected to see for so little money. 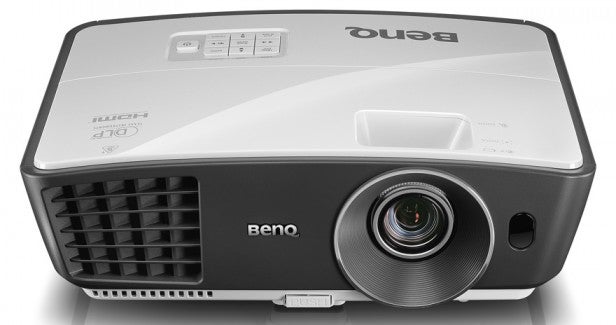 As well as instantly making dark scenes look more believable and immersive, not having to watch them through greyness also helps you see more of the key shadow detail information that gives dark scenes depth.

To be clear on this last point, the darkest corners do still look hollower and more black hole-like than they would on a decent £800 or more projector. But overall black levels are comfortably good enough to make the W750’s pictures look genuinely cinematic – and there’s no overstating how impressive this is at the sub-£500 market level, where projectors are almost always built with business presentations (which need high brightness levels) to the fore rather than contrast.

We’re certainly not suggesting with this comment, though, that the BenQ W750’s pictures aren’t also bright. In fact, they’re very bright – so much so that you can reasonably comfortably watch bright sources even if there’s a fair amount of ambient light in the room. This is great news given the relatively casual home cinema environments the W750 may be required to operate in at times.

That the W750 can deliver decent black colours while still looking punchy and bright is further testament to the home cinema focus of its optical system and also, it turns out, BenQ’s SmartEco lamp setting. Toggling between this mode and the Eco and Normal lamp setting alternatives reveals that the Smart Eco setting really does do a strikingly good job of regulating the balance between the light and dark parts of the image. And it does this, moreover, without making the picture look unstable.

The other main reason we’re so enamoured of the W750’s pictures for its money (yes, all the stuff mentioned before was still connected to the first reason!) is its colour handling. For unlike most super-cheap projectors, which are designed and calibrated with the colour requirements of the business/education presentations market in mind, the W750 delivers a colour palette that’s startlingly believable with video sources right out of the box. And it can be made even more ‘accurate’ (by removing a slight yellow bias) with only a fairly short amount of time spent in the provided colour management tools.

The mostly natural tones are accompanied by good levels of vibrancy and saturation too, and you don’t even have to worry much about the banding and blocking problems with colour blends usually in evidence with budget projectors.

Still want more good news? Then how about the fact that the BenQ W750 even manages to handle motion very credibly, suffering only slightly with judder while also largely avoiding the fizzing noise over moving skin tones that’s a fairly standard feature of budget DLP projection.

For all its brilliance relative to other models at its price point, the W750 inevitably isn’t completely immune to its price. The main point against it is that its HD pictures don’t look particularly crisp and detailed. They’re still definitely HD looking, but toggling between the same footage on the W750 and a reasonably priced full HD projector reveals the BenQ to look noticeably softer.

There’s sometimes a slightly noisy look to parts of the picture, and occasionally we noticed signs of the so-called ‘rainbow effect’, where you can see almost subliminal RGB striping over stand-out bright parts of the picture – especially if you’re moving your eyes over the image. 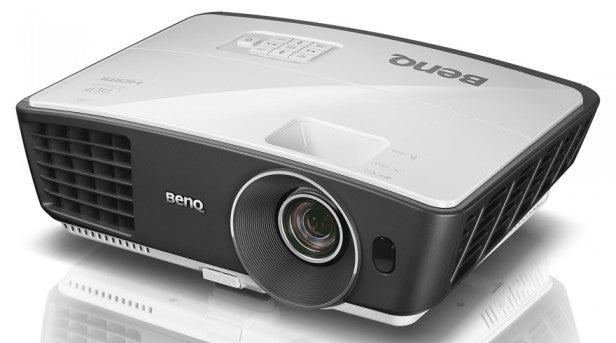 However, we should stress that actually the BenQ W750 doesn’t suffer very aggressively with either issue. Certainly we’ve seen DLP projectors costing twice as much or more exhibiting far more evidence of both problems.

One final problem concerns the keystone correction you’ll likely need to use. For while the image’s generally slightly soft feel means you’re not particularly aware of any major processing unpleasantness caused by engaging keystone correction, you can at times be distracted by the way your image’s perpendicular edges appear within a wider frame of light where the edges aren’t perpendicular.

But again, the native contrast of the W750 is decent enough that the light disparity between the keystone corrected image and the native light output from the projector isn’t often very noticeable. And if you’re using a screen with a black frame rather than just projecting onto a wall, you should be able to position the keystone-corrected image so that it fills your screen completely and pushes the irregular outer halo off the screen.