As you might guess from the 20,000 part of its name, BenQ’s W20000 DLP projector is very much a flagship product. Which inevitably raises hopes that it will be the product that kicks BenQ’s current projection range up from its usually ‘good’ level to something we can truly consider excellent.


The higher up the performance scale you go with projectors, the bigger they tend to get. And so it shouldn’t come as much of a surprise to find the W20000 occupying a really quite significant chunk of your coffee table or ceiling. Quite how attractively it occupies that space appears to be a matter of debate; around our office opinion was really divided over whether the cream and silver finish set around a rather unimaginative shape was pretty or actually a wee bit ugly. But I guess that even if you don’t like the way it looks, it will, after all, likely be living in a darkened room for the majority of its life. 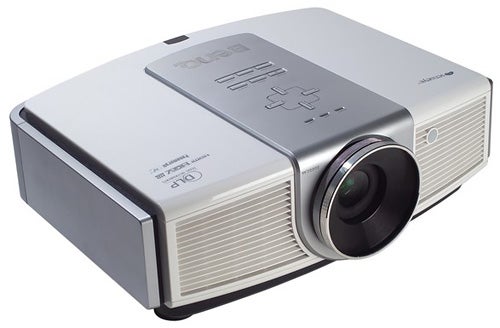 Turning our attention to the projector’s connections, it’s pleasing to find two HDMIs sitting alongside a component video input, a set of BNC jacks for an RGBVH PC or video signal, a 12V trigger jack, an RS-232 port for wired remote control, and S-Video and composite video options for anyone daft enough to waste the W20000’s potential on such relatively low-quality options.


As you’d expect of a flagship proposition, the W20000 sports a full HD 1,920 x 1,080 pixel count, backed up by all the usual HD-friendly stuff such as support for 1080p/24 images from Blu-ray discs and the option to remove all overscanning from the image for direct pixel-by-pixel reproduction of 1080-line sources. In fact, if you’re really dedicated to the home cinema cause, you can enjoy even greater movie image purity by forking out extra on an optional Panamorph lens attachment designed to get the best out of anamorphic 2.35:1-ratio films.

This BenQ projector has also got some pretty tasty brightness and contrast figures to its name: 1,200 ANSI Lumens for brightness, and a huge 20,000:1 for contrast. Put these figures together and you’ve got to be hoping for one of the most dynamic and cinematic pictures in the business – at least in the sub-£5k price bracket.


One important fact to note about the 20,000:1 contrast ratio claim, though, is that it’s not what we’d describe as a ‘native’ figure. For in a move more common on LCD than DLP projectors, the W20000 employs a dynamic contrast system whereby Texas Instruments’ DynamicBlack processing is used to examine incoming source signals and automatically calculate the best setting for the projector’s iris – the part of the optical system that decides how much or little light should be allowed through the lens.


You can also adjust the iris manually if you prefer, and choose from four different contrast-sensitive viewing modes: Cinema, Dynamic, Standard and Photo. All in all this makes for some seriously good black level flexibility that should make the W20000 adaptable to almost any kind of source material.

Also promising great things for the W20000’s image quality is its employment of Realta’s Hollywood Quality Video (HQV) image processing engine, a step up from the fairly bog-standard Faroudja system BenQ usually opts for. This should, hopefully, result in reduced scaling noise, smoother contours, enhanced detail subtlety, and more besides.


There are a trio of further processing tricks devoted to colour that warrant a mention, too. First, you get the full hardware (colour wheel) and software (processing) implementation of Texas Instruments’ BrilliantColor processing to boost mid-tone colours and increase overall brightness. Second, you get VIDI lighting technology to boost by up to 15 per cent the brightness with which the W20000 shows reds and blues. Finally, 4:4:4 colour sampling eliminates compression from the video source by handling each colour signal in the video output individually, so that each colour’s brightness ‘value’ can be rendered directly into the video. 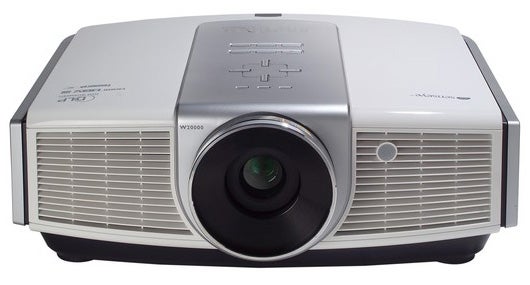 One last image processing element worth running by you is something dubbed ‘Ultra Smooth Video Stream’, which extends the elimination of jagged angles and edges to cover moving video as well as stationary objects.


The simple and reasonably attractive onscreen menus for the W20000, meanwhile, contain plenty of manual fine-tuning options beyond anything just mentioned, including gamma selection, colour management, and clarity control.


Thanks to the neat presentation of the onscreen menus and a helpfully spacious, backlit remote control, I generally found the W20000 pretty easy to use on a day to day basis, while impressive lens shifting and keystone correction options made getting a workable image on screen reasonably straightforward. 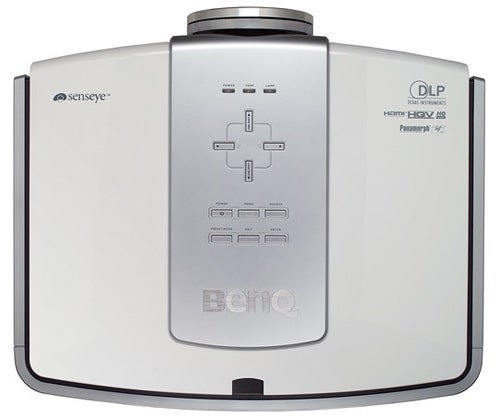 There is one potentially significant setup problem you might need to be aware of, though: the projector’s zoom range is only 1.2x. This lack of zoom flexibility could make it tough to get the size of image you want, depending on your room layout. And it certainly means that if anyone’s trying to use the W20000 in a very small room, the picture size they’ll be able to accomplish will be disappointingly limited.


First impressions of the W20000’s picture quality are very strong. Immediately, for instance, your attention is grabbed by the remarkable dynamics of the contrast range, as rich, deep blacks sit right alongside exceptionally luminous peak whites. For a simple example of what we’re talking about here, check out the black and white opening to ”Casino Royale” on Blu-ray.

Colours impress greatly on the W20000 too. They’re exceptionally vivid in a way you only tend to see on projectors with BrilliantColor, plus they’re very natural in tone pretty much all the time. It comes as no surprise to discover that the projector has been accurately calibrated to the D65 colour standard rated as the best setting for video.


Perhaps the single most gratifying element of the W20000’s pictures is their exceptional sharpness. The full HD resolution together with the HQV video processing manage to bring out every last detail of an HD source. Indeed, it almost does this to a fault, for if there’s any noise whatsoever in a source (grain, MPEG noise, whatever) the W20000 will show it. But then it’s hardly fair to hold a grudge against a projector for being too good for some of its sources, is it?! 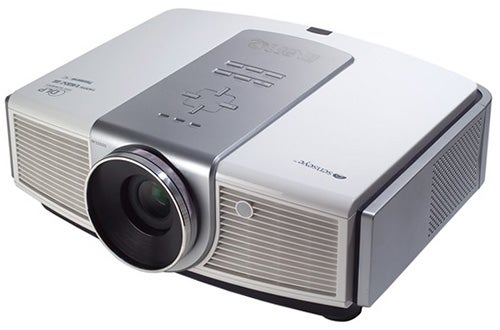 Where I certainly can hold a grudge, though, is with the surprising amount of speckling noise that appears to be down to the projector’s DLP mechanism. The most overt signs of this can be seen in shots of bright skies, such as those in the Bahamas in ”Casino Royale”. Parts of the sky, especially where different colour tones blend into one another, are plagued by fizzing dots that definitely appear to be caused by the projector’s optics rather than coming from the film transfer. Similar issues can be seen – albeit to a lesser degree – under less extreme picture conditions too.


Upscaled standard definition pictures look a touch fuzzier than we’d like too, and there’s also quite a bit of general colour noise around from time to time, even during HD viewing. For instance, the shot of James Bond standing against a jungle backdrop holding a gun to the bomb-maker’s head in the ”Casino Royale” Blu-ray looks strangely gritty and flecked with colour noise to a degree I’ve never seen before.


This noise is all the more unfortunate because the W20000 does a rather good job of suppressing more common DLP artefacts such as motion fizzing and the rainbow effect.


It’s really sad when a potentially great projector gets turned into a good but flawed one by a single, niggly weakness. But that’s the situation with the BenQ W20000 and its noise level problems, and no amount of sadness is going to make the situation any different.