In some ways, though, the most impressive aspect of the W1500’s
performance is its motion reproduction. There’s practically no sign of
the fizzing, dotting noise – even over skin tones – commonly witnessed
with single-chip DLP projectors, and nor is there anything like as much
judder or stuttering as we might have expected. It should be stressed,
moreover, that the BenQ W1500’s surprisingly crisp, natural motion handling
is achieved without needing to use the provided motion processing.

This frame interpolation processing if you do want to experiment with it is a little cleverer than might have been expected. If you stick with its lowest power level it keeps unwanted side effects reasonably low while removing practically all judder. It can make any grain that might be in a source image look a little unnatural though, so personally we’d recommend leaving Frame Interpolation off. 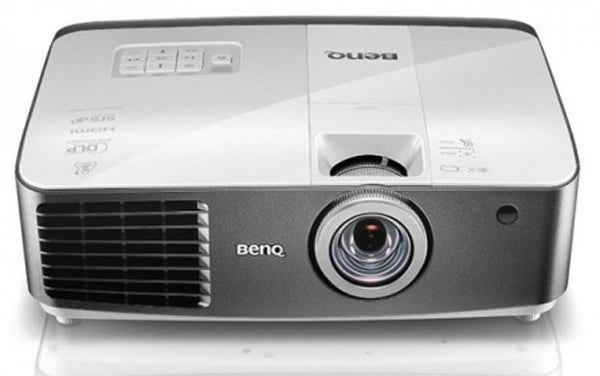 Trying the W1500 out with a few 3D Blu-rays uncovers one of the weirdest 3D experiences we’ve ever had. The first odd thing that happens is that when it detects a 3D input, the projector suddenly emits a really loud whirring noise that initially made us fear the projector had gone wrong. But eventually this settles down ahead of the 3D pictures belatedly appearing on screen.

Also odd is the extremely red saturation of the 3D pictures if you look at them without wearing BenQ’s glasses. We’re used to some degree of colour saturation adaptation with 3D, but we’ve never seen anything as extreme as this red undertone before. Donning the glasses does thankfully see the vast majority of this red infusion ‘corrected away’, but a tinge of it does remain visible during really dark 3D sequences. You can just about calibrate this redness away via the colour management system, but this can also see reds in the main pictures becoming a little washed out.

The most alarmingly bizarre thing about the W1500’s 3D pictures though, is their borked depth handling. They frequently seem to get 3D depths wrong, with some background objects seeming to exist in the foreground and vice versa. This makes the sense of space inconsistent and proves hugely tiring on your eyes, which are forever trying to refocus themselves to get things in the perspective your brain knows you should be seeing. 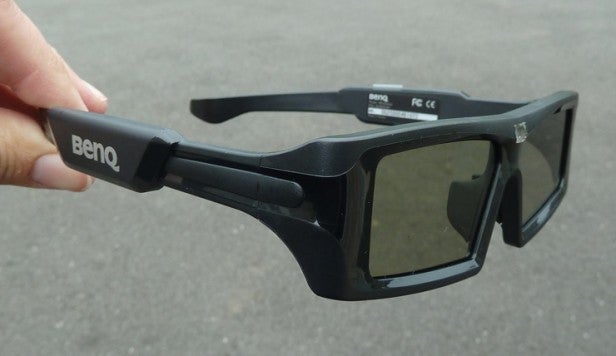 We hoped that adjusting the image’s 3D Sync Invert setting might fix the problem, but no; if anything our eye ache got even worse.

We should add, too, that during our tests the 3D glasses seemed to suffer the occasional sync glitch during our tests, causing a momentary but still distracting ‘twitch’ in the image.

Colours are punchy in 3D mode, brightness levels remain high despite the dimming effect of BenQ’s surprisingly ‘serious’ (in their design) glasses, crosstalk ghosting noise is almost completely avoided (as we’d expect given that the W1500 uses a ‘triple flash’ 3D playback system), detail levels are high, and motion is pleasingly free of the overt jerkiness that afflicts many 3D displays. But all this good work is totally undone by the inexplicable depth effect flaws.

We haven’t yet discussed the W1500’s wireless HDMI system, so let’s put that right now. There are three elements we need to consider here: whether there’s any sign of compression in the wireless signal, how stable/noise-free the connection is, and how much input lag – if any – it introduces to proceedings.

So far as the quality of the signal is concerned, all seems well. There are no obvious signs of compression or signal disruption, even with 3D sources or if you wander around right in front of the projector. The only regular problem we had was that the projector didn’t always handshake properly using the wireless system with our Panasonic Blu-ray player, sometimes requiring us to power down and back up either the Blu-ray player or the projector before a connection was established.

Given the rather open design of the W1500’s fan cooling system, we were concerned before firing it up that it might run very noisily. But actually it’s pretty quiet in Eco lamp mode, and while volume levels certain ratchet up quite a bit in 3D mode, when the lamp switches to its brightest output, it’s still far from unbearably loud.

While it’s certainly not a bad projector in 2D mode, nor is BenQ’s W1500 the step-up hero we’d hoped for. For us, its quality leap from BenQ’s cheaper models isn’t quite extensive enough to justify a £1,400 price tag – especially as the 3D playback on the sample we tested is an eyestrain-inducing disaster.