Heading into the W1500’s onscreen menus uncovers a number of interesting
features, as you might expect of a ‘step up’ projector. Its picture
calibration tools, for instance, are extensive enough to keep even the
most ardent of AV tinkerers satisfied, and include full colour tone,
white balance, colour temperature and gamma management systems.

Don’t just take our word for it, though; the projector’s set-up flexibility has earned it the backing of independent calibration group the Imaging Science Foundation (ISF). So if you fancy paying one of their trained calibrators to come round your house and ensure that you’re getting every last drop of performance out of your W1500, you can.

Less likely to curry favour with AV enthusiasts – but something we’ll nonetheless be checking out later – is the W1500’s Frame Interpolation system for reducing judder. 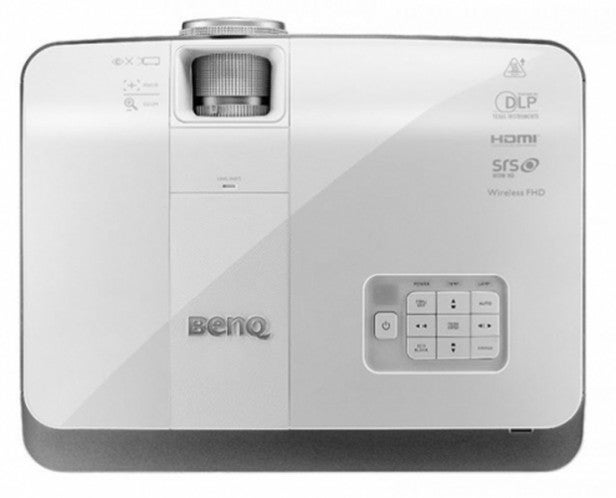 One last feature worth a shout in today’s green age is SmartEco. This enables the projector to adjust the output of its lamp based on a built-in sensor’s assessment of your room’s current light conditions. So if you’re watching in a blacked out room – as surely you should be whenever you possibly can – the SmartEco feature can reduce power consumption by as much as 70%.

Personally we wouldn’t use this feature as it means putting the look of your pictures in the hands of an automated circuit that’s only interested in one thing (and that thing isn’t picture quality!). But if saving the planet is your passion, then the W1500’s got your back.

Sadly, though, it doesn’t have your back quite as much as we’d have liked it to if you love cinematic picture quality.

There’s one main reason for this, namely a surprisingly average black level response. Dark scenes tend to look rather grey and washed out, a fact which also causes the darkest parts of the picture to miss out on quite a bit of shadow detail, leaving them looking rather hollow.

The uninspiring black levels also mean that where you suddenly have a bit of brightness amid a dark surrounding – such as the white cuffs and collars against Hogwarts’ black uniforms in the last Harry Potter film – those white bits tend to stand out a bit too aggressively, making the image look uneven. 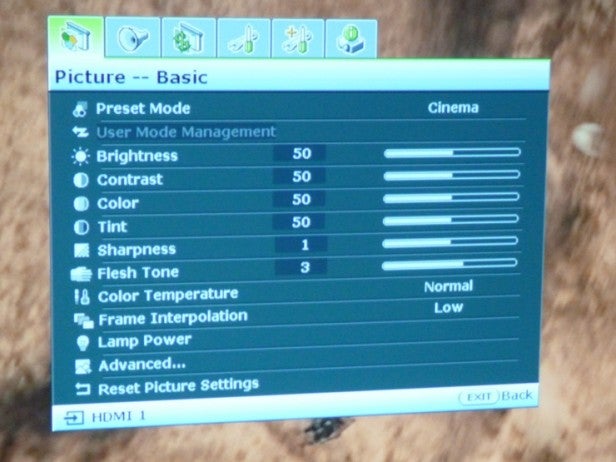 It doesn’t help this latter issue, either, that bright points of predominantly dark images also tend to suffer a little with the rainbow effect (flickering stripes of pure red, green and blue).

BenQ has shown with cheaper models in its range that it knows its way around projectors. So it shouldn’t come as a surprise to find the W1500 doing some good things once you look past the uninspiring black levels. Images look extremely sharp, doing great justice to HD detail levels from good Blu-rays and broadcasts. It’s in this respect, in fact, that we’d say the W1500 most justifies its extra cost over BenQ’s budget models.

Actually, pictures can look a bit too sharp using the provided presets, even the Cinema one, leading to a rather speckly image finish at times. Fortunately nudging the sharpness and brightness settings down a fraction reduces this problem.

Also striking is how bright the W1500’s images are – a fact that makes them watchable even if there’s some ambient light in the room. This brightness helps colours pop off the screen  nicely despite the relative lack of black level response, and there’s some impressive subtlety when it comes to colour blends too – considerably more, again, than you get with BenQ’s budget models.