Aesthetically the W1500 looks surprisingly similar to its cheaper siblings, with a glossy white finish and passably stylish sculpting. The main difference is that the W1500 is a bit bigger, reflecting – we presume – its use of a higher-grade optical engine.

While the W1500 is passably attractive, though, we’d be lying if we didn’t say that some aspects of its design – in particular the rather plasticky and awkward design of the lens section and the appearance of fans immediately behind open grilles on the projector’s sides – had us feeling a bit concerned about its performance potential. 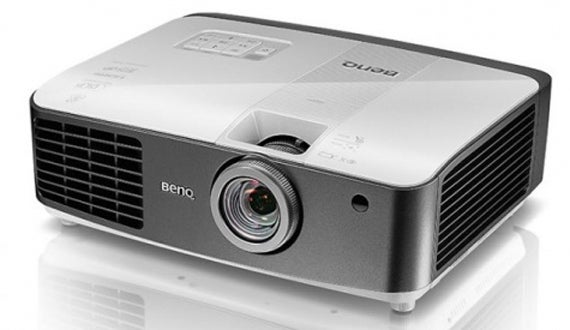 These concerns are underlined, moreover, while trying to set the projector up. Our attempts to mount the projector on the usual stand behind our test room ‘sofa’ were instantly scuppered by a combination of the surprisingly short-throw nature of the W1500’s lens, its somewhat disappointing amount of optical zoom support, and the aggravatingly limited amount of vertical image shifting supported by a little wheel arrangement tucked under a flap above the lens barrel.

Obviously any amount of vertical image shifting will reduce the likelihood of you having to distort your pictures by applying digital keystone correction to them. But we’d have expected a bit more vertical shifting range on a £1400 projector.

The projector’s rear holds a very presentable suite of connections. Two HDMIs provide both 2D and 3D digital connection, and there’s a component video port, a D-Sub PC port, an RS-232 port, an S-Video port, a composite video port, and even an audio line input to reflect the fact that the projector carries a built-in 2 x 10W speaker system (should you not mind listening to sound that’s appearing from somewhere other than the screen it’s supposed to be coming from!).

As usual with BenQ, the projector system at the W1500’s heart is a single-chip DLP affair, delivering a high claimed maximum brightness of 2200 ANSI Lumens and a fair to middling claimed contrast ratio of 10,000:1. Colour comes courtesy of a 6-segment colour wheel that should produce better colour depth and range than colour wheels with fewer segments. 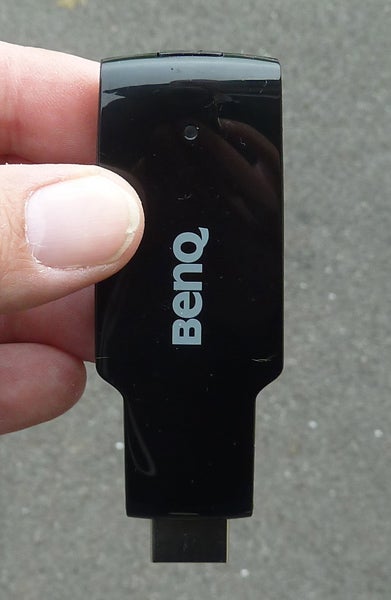 The W1500 is one of a growing number of projectors to support wireless HDMI, whereby it can receive full HD video signals without the need for a cabled connection. Provided it works well, this is a really handy feature given the long cable runs usually needed for connecting sources to a projector.

The necessary transmitter for the wireless HDMI is included free with the projector – as is one free pair of BenQ’s 144Hz active shutter 3D glasses. The projector’s 3D transmitter is built into its chassis.