Our initial experience of the W1400’s 3D playback was weird. Bizarrely, when using the default 3D setting, the whole 3D effect looked back to front! Only by choosing the 3D Invert option did we get the sense of image depth looking correct. Very odd.

Unfortunately, that’s not where the strangeness ends. As we’ve noted before with some 3D DLP projectors, 3D images are infused with an extraordinary amount of red that the colour configuration of the glasses is then supposed to remove. However, while the glasses do indeed move the vast majority of the redness, it’s clear during dark scenes that they don’t get rid of all of it, leaving parts of the picture that should look black infused with a hint of red. 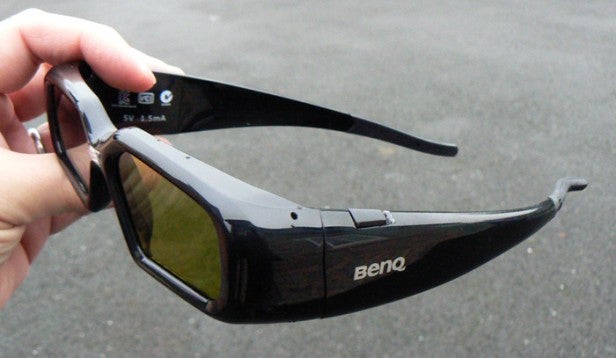 Despite all this weirdness, the W1400’s 3D pictures prove again just how effective DLP – with its fast response time relative to LCD – can be with full HD, active shutter 3D. Particularly welcome is the almost complete absence of crosstalk ghosting noise – a fact which instantly makes 3D less fatiguing on the eyes, more convincing, and sharper.

In fact, 3D on the W1400 looks very sharp indeed, as despite its affordable nature it reproduces quite clearly the full HD advantage that alternate frame/active 3D was created to deliver. It helps in this regard, too, that the W1400’s Frame Interpolation continues to function in 3D mode, doing a good job on its lowest power setting of dispensing with the judder that’s so frequently a problem with 3D playback.

Colours also look quite good in 3D except for where blacks are infused with the red we mentioned before, and we were quite impressed with the rechargeable glasses you get with the projector. They’re chunky, but they do keep out a lot of ambient light as well as covering your field of vision quite effectively.

Our sample did suffer one final aggravating issue though: namely that for some reason the 3D sync with the glasses was lost when the picture contains extremely bright content – such as the opening shot of the ‘metal-detecting’ scene in Pacific Rim. Hopefully this issue was either a flaw specific to our sample, or else it’s something BenQ can fix via firmware update. We’ve flagged the issue with BenQ, and if they come up with a solution we’ll update this review accordingly.

Sound Quality of the built-in speakers on projectors is hardly a priority for films fans, but the BenQ W1400 has them if you need them. Indeed, we were rather impressed by the power, volume and stereo clarity
of the W1400’s audio – it’s certainly a few cuts above the usual tinny
nonsense associated with projector speaker systems.

Fan noise is rather more important, especially on budget projectors and especially with DLP budget projectors due to their fast-spinning colour wheels. But it’s not a major problem for the W1400 if you stick with the Eco lamp mode. The noise from its fans does increase enough when using the Normal and Smart Eco lamp modes to potentially distract you during quiet movie scenes if your sat within a couple of metres of the projector. But if you’re able to black your room out the only time you’ll need to use the noisier fan mode is when you’re watching 3D.

Anyone who’s played the likes of Grand Theft Auto and Call of Duty on a projector will know how much playing on such a grand scale can contribute to the gaming experience. So it’s disappointing to find the W1400 measuring a hefty 100ms of input lag. This delay in reproducing pictures is well above average, and can lead to your gaming experience feeling a bit treacly. Plus, of course, it puts you at a disadvantage with games that depend on fast reactions. 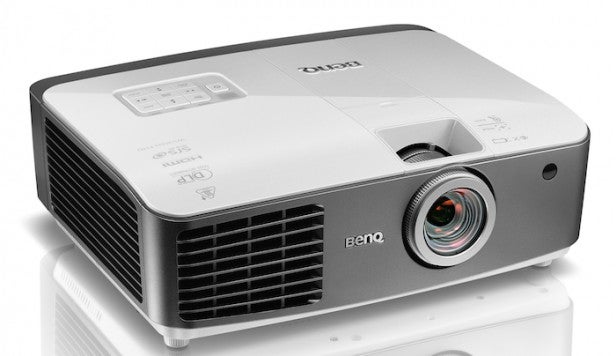 Unless you’re after a projector for gaming purposes, the W1400 definitely warrants consideration. Its picture quality is very impressive for its money – especially in the way it handles the traditional budget DLP problems of fizzing noise and the rainbow effect – and it’s got much more setup flexibility than many of its peers.

If you can get your hands on another £700 you could step up to Epson’s excellent TW7200, while a more direct price rival would be the Epson TW6100 – though for us this model is hamstrung by the distracting racket made by its auto iris system.

A slightly cheaper option, meanwhile, would be BenQ’s own W1300, which does away with the frame interpolation system but still delivers impressive picture quality.

One final alternative would be the BenQ W1500, which is supposedly essentially the same as the W1400 except that it supports wireless video transmission. Though actually for some reason we found its 3D performance even more weird than that of the W1400, while it also feels a bit too expensive for the performance level on offer.

While its slight red bias with 3D, high input lag and slightly hollow-looking dark scenes stop it scoring a full Trusted Reviews recommendation, the W1400 is nonetheless another strong effort from BenQ – especially as its frame interpolation is better than any other such system around at the same price level, making it a no brainer for any judder haters out there.