The W1300 is ultimately a peculiar 3D performer. Starting with the good news, it delivers a surprisingly good sense of the full HD nature of 3D as delivered by 3D Blu-rays. This sense of sharpness and detail is enhanced, moreover, by the appearance of impressively little of the crosstalk double ghosting noise typically associated with 3D projection. Take a bow triple flash technology.

Motion is surprisingly effective as well, with little sign of the sort of fairly extreme judder often witnessed on budget – and some not so budget – 3D displays, and BenQ’s glasses are comfortable and good at keeping out extraneous light. So what’s the problem?

The W1300 joins some other DLP projectors in infusing images with a startling amount of green when it switches to 3D playback mode. Take your glasses off and you’ll be amazed at how parts of the picture that should look black in fact look a pretty bright green, and while the colour influence of the glasses negates much of this greenness when you put them on, it doesn’t get rid of all of it. So dark scenes routinely lack contrast and seem to have a subtle green undertone to them. This same problem means other colours during dark scenes don’t tend to look as rich and natural as they do during bright 3D footage.

The lack of contrast caused by the influx of green to 3D pictures also prevents the projector from delivering the expansive contrast range we’ve discovered to be so important to creating a bold sense of 3D space. 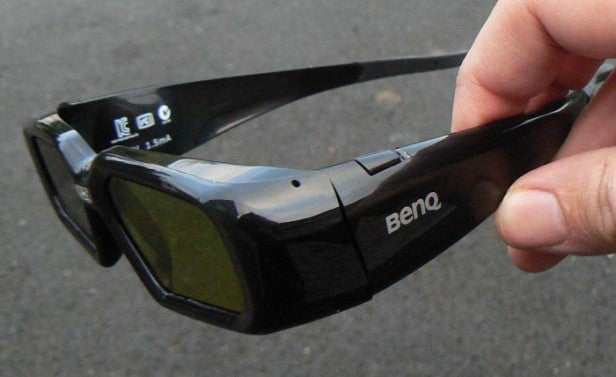 Running noise can be a concern with budget projectors – even those with relatively large bodies like the W1300. But while we’ve certainly heard quieter models than the W1300 its noise output is seldom a distraction – especially if you opt for the Eco lamp setting.

Noise levels go up a gear even in Smart Eco mode to a point where you’ll have to find a way of not putting the projector too near you if you need or like the extra ‘oomph’ the lamp delivers in non-Eco mode. But they’re still not a truly severe problem.

Keen gamers considering the W1300 as a console or PC display will be pleased to hear that we measured just 32ms of input lag from it, meaning it renders its pictures sufficiently quickly not to cause any major disruption to your gaming abilities. 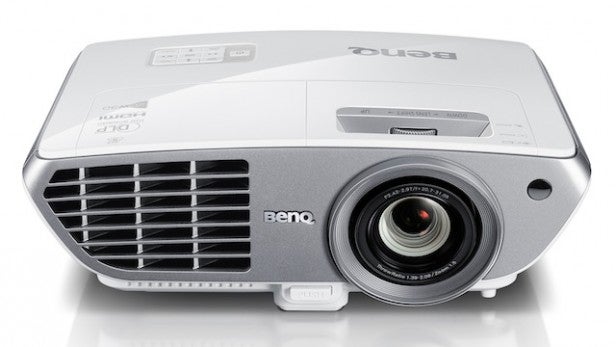 Quite possibly. It’s mostly an excellent projector for its money, continuing BenQ’s apparent mission to make quality DLP projection ever cheaper. It’s especially effective if you tend to have a little ambient light in your room that your projector needs to combat, but it also has the colour chops and set-up flexibility to appeal to fairly serious film fans.

Also very attractive for its money are its vertical image shift and large amount of optical zoom.

The projector’s only average black levels may make you contemplate an even cheaper option, like BenQ’s own W770ST, and if you’re particularly senstitive to the rainbow effect you could consider the similarly priced, LCD-based Epson EH-TW5910. If you have limited space in your room you should also consider the BenQ W1080ST, with its short-throw lens and similar performance level.

One other option would be to wait to see what we make of the upcoming BenQ W1400, which we’re due to review soon and which promises a potentially significant contrast improvement for just a couple of hundred quid more.

We like the BenQ W1300 a lot – especially for the way it delivers optical vertical image shifting and free 3D glasses despite costing less than £900, and for the bold, bright, colourful nature of its pictures. It also suffers admirably little with DLP’s traditional budget projector problems of the rainbow effect and motion ‘fizz’. Richer black levels would have sealed the deal, and it’s a flawed 3D performer. But even as it stands it takes its home entertainment duties admirably more seriously than its price would lead you to expect.