The W1210ST is well connected for an affordable home entertainment projector. Two HDMIs and a VGA port will prove the most frequent ports of call for the projector’s target gaming audience. There is also a 12V trigger port for automatically firing up a motorised screen, and a 3.5mm audio loop-through system.

You can also set up a wireless Full HD connection if you invest a slightly eye-watering £325 or so in one of BenQ’s WDP02 Wireless HD kits. 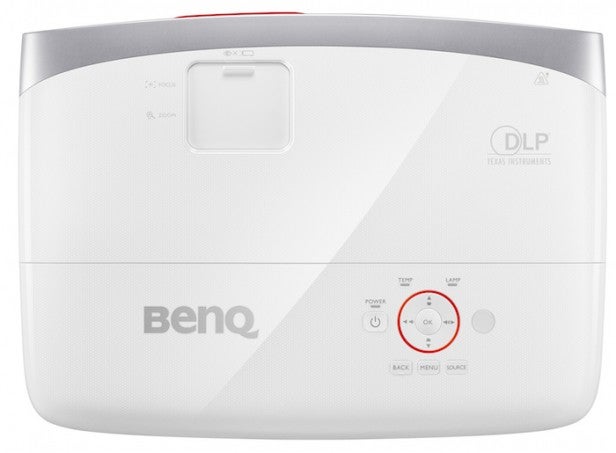 The audio inputs are there because, as with the vast majority of “convenience” projectors these days, the W1210ST features a built-in speaker system. This speaker system is more powerful than most, though, thanks to a 2x10W output backed up by BenQ’s Resonant Chamber technology, which uses spaces in the projector’s bodywork to add more dynamic range to audio playback.

The W1210ST’s bid to appeal to gamers is backed up by not one but two game modes: Game and Game Bright. The latter boosts the brightness and raises the contrast floor and colour saturation to make images more enjoyable in rooms where there’s ambient light to contend with. This is a thoughtful touch to find on a projector that will generally not be mounted permanently in a blacked-out room.

The Fast Mode option within the W1210ST’s picture settings proves a hugely welcome touch, as with this activated BenQ’s projector delivers an input lag of only around 10ms. This is the lowest input-lag measurement I’ve ever recorded on a projector, and will immediately earn it major brownie points from serious gamers.

Normal, Smart Eco and Eco lamp settings are available. Normal is best avoided unless you’re in a room with a fair bit of ambient light in it. Smart Eco provides the most contrast-rich image and was predominantly my mode of choice. Eco reduces fan noise to whisper-quiet levels, slightly boosts image stability and increases shadow detail, but lacks the contrast punch of Smart Eco. 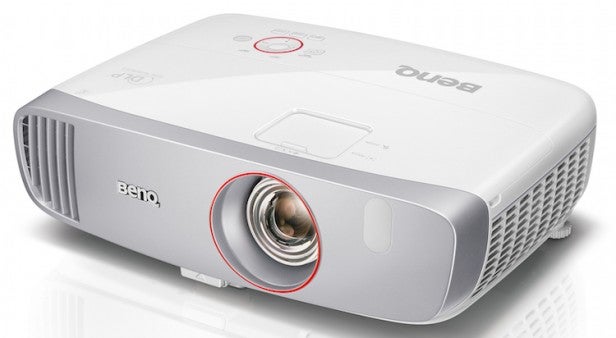 II should point out, now that we have the Xbox One S and PS4 Pro consoles, that the W1210ST’s Full HD, single-chip DLP optical system does not deliver HDR or 4K playback. Then again, it’s hard to imagine a time when such an affordable projector might ever offer such next-gen video features.

The W1201ST really is remarkably accomplished as a gaming monitor. Its exceptionally low input lag (with the Fast mode on) is palpable, giving pans around your gaming worlds and charges across enemy terrain a glorious immediacy that I’ve never experienced before on a projector. There’s simply no trace of the “running through treacle” effect some projectors suffer with, and even weapons seem to lift to firing position that fraction faster than you’re used to.

The W1210ST’s colour and contrast characteristics serve gaming well too, especially if you use the Smart Eco lamp mode. Colours look a touch bolder than they generally would on a projector designed more with video use in mind, and they pop beautifully against some surprisingly rich black levels during contrast-rich games such as Gears Of War 4 and Rise Of The Tomb Raider.

Swift pans reveal impressively little sign of the fizzing noise around edges that can sometimes plague single-chip DLP projectors when trying to show fast motion. There’s a tiny amount of judder, but not to the extent that you feel you’re missing enough frames of action to impact your gaming performance. 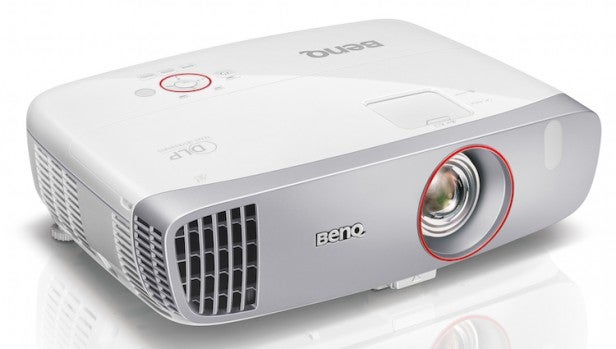 Detail levels are excellent too, doing full justice to the stunning textures and beautiful shading of cinematic titles like Uncharted 4 without looking grainy or causing haloing around crisp edges.

While the W1210ST’s pictures seem tuned slightly more towards gaming than video, it’s certainly no slouch as a movie machine. Blu-rays enjoy all the detailing and crispness you’d hope for from a Full HD projector, and this even holds up during fast-moving action scenes.

The BenQ has the contrast capabilities to deliver with more authority than most affordable projectors the more extreme contrast ranges films tend to contain, and there’s mercifully no sign of either detail clipping or “flaring out” with even the brightest white highlights an image might contain.

Colours are richer and more realistic than they were on the also-good BenQ TH530 I tested recently, yet this extra richness doesn’t lead to banding or blocking over areas of subtle colour blends or tricky skin tones. Skin retains enough detail to avoid looking plasticky, too.

Inevitably for its money, the W1210ST pictures aren’t flawless. Extremely bright highlights in the picture can sometimes reveal subtle signs of DLP’s “rainbow effect”, for instance, where stripes of red, green and blue flit over the image. However, the issue is less aggressive and much less common on the W1210ST than might have been expected of a budget projector capable of such dynamic images.

Video viewing also reveals a little low level fizzing noise from time to time, especially in dark backdrops during video viewing. This is a fairly common single-chip DLP trait, but surprisingly I noticed it more on the W1210ST than I did on the far cheaper TH530.

Finally, dark scenes lose a little shadow detail when you’re using the Smart Eco lamp mode. But if this really starts to bother you, the Eco mode can put the detail back at the cost of some black-level response.

The W1210ST’s integrated speaker also proved to be a disappointment. Sure, it can go louder than many projector speakers, it throws audio a decent distance beyond the confines of the projector’s body, and it sounds reasonably clean in the upper mid-range at low volumes. Running it at volume isn’t a pleasant experience, as the sound becomes muddy, the speaker distorts uncomfortably and voices are sometimes almost completely lost in the mix. 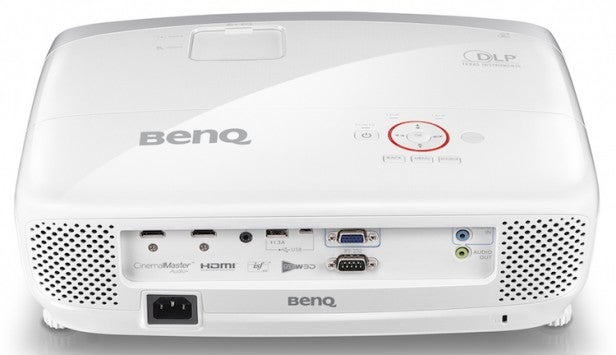 If you’re a gamer and you fancy making your gaming experiences larger than life, it’s hard to think of another affordable projector that’s as all-round satisfying as the W1210ST. Its input lag is class-leadingly good, and its pictures are punchy, contrasty, vibrant and sharp in all the right ways. It’s no slouch with films either.

If you’re more of a movie fan first and a gamer second, the W1210ST is a good enough all-rounder to still be worthy of consideration. BenQ’s own W3000 offers a bit more video playback refinement, though, for around £1,100.

If you can’t afford the W1210ST, BenQ’s own £650 W1110S is a decent movie projector, while Optoma’s also £650 GT1080 gaming projector offers a decently low input-lag measurement of around 20ms for a cost. The W1210ST certainly does enough to justify its extra cost over these cheaper alternatives, though.

I can’t think of an affordable projector as likely to put a big soppy grin on the face of even the most serious gamer as the W1210ST – and there’s plenty for film fans to revel in too.