Projector manufacturers appear to be taking their cues from the TV brands ahead of this year’s much-vaunted “summer of sport”. Our store room is filling up with ultra-affordable home-entertainment projectors claiming to be the perfect big-screen partners for the Euro 2016 footie tournament and Rio Olympics – and here we look at one such sport-friendly model, the £650 BenQ W1110s.

The W1110s is surprisingly large for a projector that appears to have been designed predominantly for occasional living room use, rather than a permanent installation in a dedicated movie room. While it might limit the space on your coffee table for chips and dips during the big game, though, it certainly isn’t an ugly addition to your room with its rounded edges, glossy white top and sides, and attractive silver fascia. 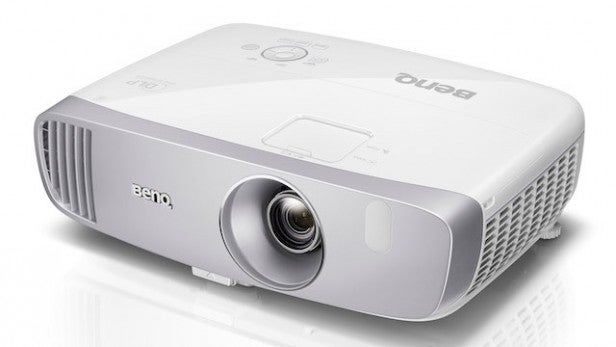 The only concerns I have regarding the design are that the lens looks small – something that can affect image quality – and that there’s a fair amount of light leakage, from the vents down the projector’s sides and from around the lens barrel. The latter can be shuttered off by a sliding panel above the focus and zoom rings, however.

Connectivity is strong considering the W1110s’s price. There are two HDMIs, a 12V trigger port for powering, say, a motorised screen, a PC D-SUB port, an RS-232 port to aid system integration, a component video input, a composite video input – although I’d urge you to avoid this one at all cost – and a 3.5mm audio loop-through system.

The most surprising connection, however, is a powered USB port, to which you can connect a streaming dongle such as the Amazon Fire or Google Chromecast.

You can also stream video and sound to the projector wirelessly if you pay extra for a BenQ Wireless FHD kit – although at £300 at the time of writing, it looks pretty steep in the context of a £650 projector.

The audio loop-through is present because the W1110s’s has a built-in speaker system. Unlike the majority of audio systems featured in projectors, this one appears to be more than an afterthought, thanks to its 10W of claimed power and use of an unusually large audio “chamber”. Note, though, that there’s only one speaker compared with the stereo system found in BenQ’s step up W2000. 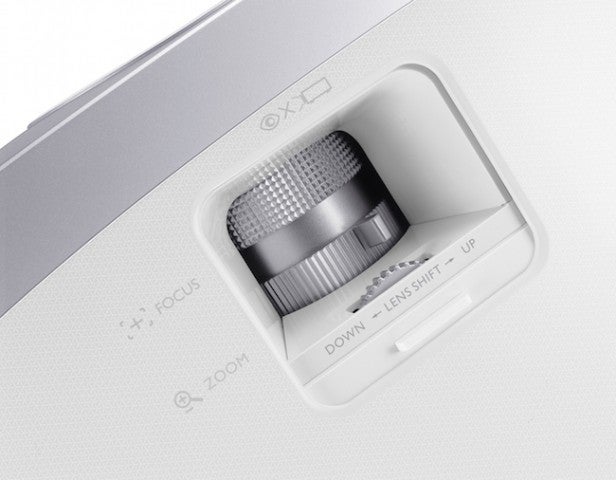 The key specifications of the W1110s’s pictures are a native Full HD resolution, a reasonably potent-looking 2,200 lumens of maximum brightness, a promising 15,000:1 contrast ratio, 3D playback (although no free glasses are included) and a six-speed, six-segment colour wheel that should deliver a video-friendly colour response.

Looking for differences between the W1110s and previously tested W1110, the only significant one is the addition of Football picture and sound presets. According to BenQ, this combines digitally enhanced precision colour-tuning with a new sound mode designed to widen the soundstage, while also making sure the commentary track remains clear.

Considering how cheap it is, the W1110s has exceptional setup flexibility. Particularly welcome is a vertical image-shift wheel tucked above the lens barrel. The extent of movement this permits isn’t huge, but anything that reduces the need to use keystone correction – which, essentially, distorts the pixel-for-pixel clarity you want with a Full HD projector – to keep the edges of your picture parallel is always welcome.

There’s also a passable amount (1.3x) of optical zoom, plus simple drop-down legs for adjusting the angle of throw. The short-throw lens can give you a 100-inch image with the projector sat just 2.5m from your wall or screen. 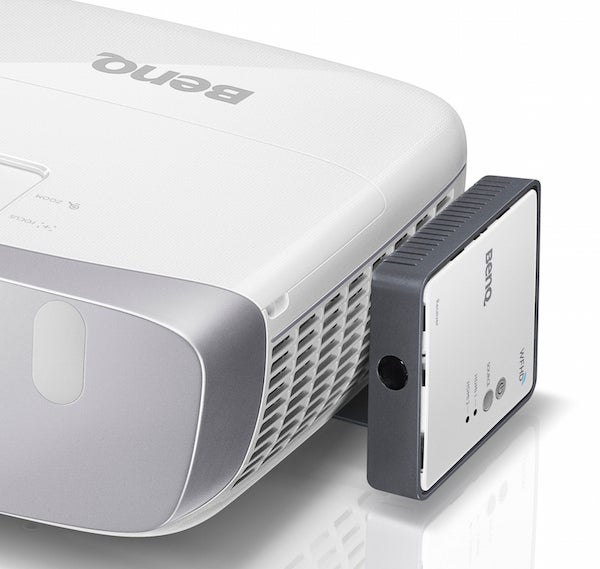 The on-screen menus, meanwhile, contain all the colour, white balance and gamma management options an Imaging Science Foundation (ISF) technician would need in order to carry out a professional calibration. For more “regular” users, there’s a pretty handy selection of picture presets – including the new Football mode.

While the Football mode actually works well out of the box, aside from pushing sharpness too much, there are a few tweaks I’d recommend that even casual users should make for watching films.

After selecting the Cinema preset, nudge the brightness up to 51, the contrast down to 49; set the lamp to its Smart Eco mode, and choose the 2.1 gamma option over the usually preferable 2.2 one.

I’d also turn off the noise-reduction feature for Blu-ray movie viewing – although it’s worth experimenting with on its lowest power setting, at least, for sports viewing.