More good news is the level of sharpness the W1080ST is able to produce with HD sources; Blu-ray discs look decently crisp and detailed. There are projectors out there able to give HD pictures an even sharper finish, but these tend to exaggerate grain and look fizzy. So most movie fans will almost certainly prefer the BenQ’s more balanced approach to sharpness.

There is a little reduction in clarity over moving objects it has to be said, thanks to the appearance of a small amount of judder beyond what’s natural to a 24p film. But this is seldom as distracting in reality as it sounds on paper, and happily there’s no sign of the fizzing noise over skin tones that was once routine on single-chip budget DLP projectors. 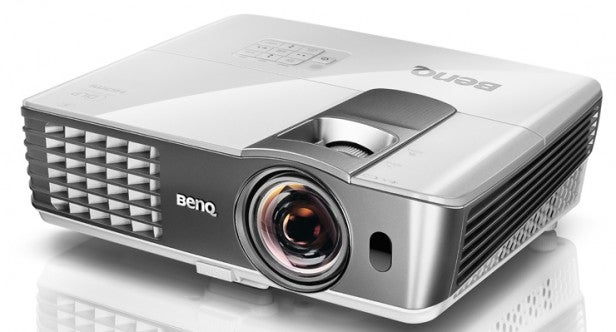 Colours using the W1080ST’s image presets aren’t as accurate as those you get with the Optoma HD25’s out-of-the-box settings. Skin tones tending to look a little green around the gills or orangey, even if you use the mostly sensible Cinema preset. However, a few minutes spent with the colour management system – we’d suggest nudging up the red values while slightly reducing the green and blue ones – improves things greatly, leaving you with a colour palette that looks actually surprisingly expansive yet also subtle for a sub-£800 projector.

Even the W1080ST’s implementation of the often troublesome BrilliantColour technology is quite effective, helping pictures achieve a more dynamic look without a) stretching colours too far, b) adding excessive noise, or c) causing the sort of overt reduction in colour warmth noted with the Optoma HD25.

AV enthusiasts may still prefer to leave BrilliantColour off, but at least it’s a genuinely viable option that can be especially useful if you’re using a W1080ST in a room with ambient light in.

The W1080ST isn’t quite as assured in 3D mode as it is in 2D. It still has enough brightness and colour saturation to keep 3D images looking dynamic despite the inevitable dimming effect of the 3D glasses, but there isn’t quite enough contrast with 3D images to give them as much of a sense of depth – at least during dark scenes – as you get with Optoma’s HD25. The HD25’s portrayal of 3D Blu-rays is slightly more detailed, too. 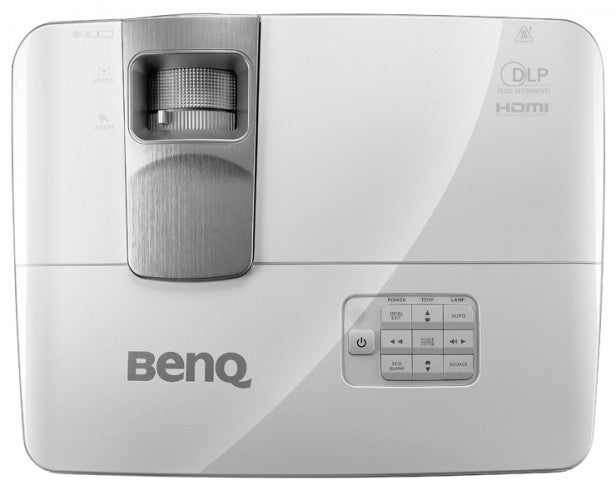 Still, with 3D being for most people either an occasional treat or a best-avoided irritation, it’s the W1080ST’s 2D performance that really matters here.

We’re really struggling to find much bad to say about the W1080ST given its price. You can occasionally see a touch of ‘rainbow noise’ (DLP’s notorious colour-striping artefact) if you move your eyes around while there’s a particularly bright element on the screen. Also the projector runs a touch noisily when in its Normal lamp mode – though crucially this noise doesn’t include any obvious high-pitched whining from the DLP colour wheel, and doesn’t keep shifting in its pitch and intensity, making it much easier to ‘tune out’.

These really are pitifully small niggles for a projector at the W1080ST’s price point, though, ensuring that it’s another happy day for cash-strapped home cinema fans.

The W1080ST is arguably the niftiest projector yet in BenQ’s apparent mission to bring quality home cinema to all. Great pictures and a potentially hugely useful short-throw lens make its £799 asking price look like a steal.