The W1080ST+ is a chip off the old BenQ block with its 3D images. Which isn’t wholly great news…

The thing is, while the projector presents 3D images with plenty of detail and precious little crosstalk ghosting noise, it also infuses everything with a weird red tone. You’re not always aware of this, but it’s pretty blatant during dark scenes. And whenever you see it it’s seriously distracting.

We have no idea why BenQ’s 3D system has to have this red undertone; we certainly didn’t see anything similar while watching 3D on Optoma’s GT1080, even though that projector also uses a single-chip DLP system. Basically it would be great if BenQ could sort this issue out at some point.

Thanks to its Resonant Chamber technology, the W1080ST+ delivers a noticeably louder soundstage than most projectors. Even better, it also manages to project voices forwards from the projector so that they appear to be coming from at least vaguely in the vicinity of the images they’re meant to be accompanying – which is in itself an improvement over most projector sound systems. 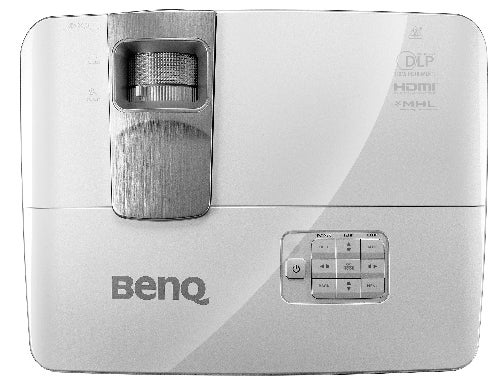 However, the Resonant Chamber doesn’t introduce much bass, meaning there’s a rather thin and even sometimes quite harsh quality to the sound despite its ability to go louder than most.

The remote you get with the W1080ST+ is, thankfully, brightly backlit, making it easy to use in a dark room. Though in an ideal world its buttons would be larger or more widely spaced.

Projectors like the W1080ST+ clearly have massive appeal for gamers wanting to take their hobby to the next level. So it’s great to find it turning in an input lag figure of only slightly over 30ms. This is one of the lowest figures we’ve tested from a projector, and should mean you can game on the W1080ST+ without having to worry about it damaging your skills. What’s more, the 30ms reading remains the same if you use the wireless HD video system. 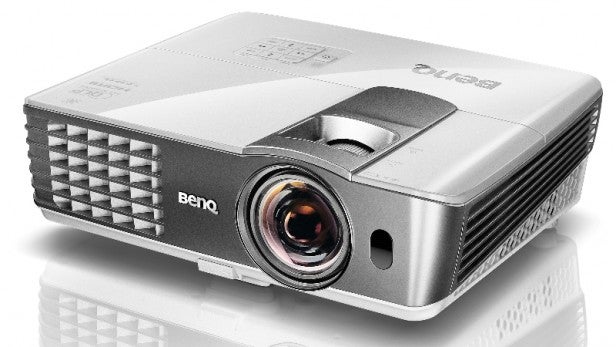 One final point to cover in this section is the W1080ST+’s running noise – which is actually a little louder than we’d like. It’s stated by BenQ to be 31dB or 28dB depending on your lamp output setting, and it certainly doesn’t sound any quieter. Though it is actually slightly quieter than the original W1080ST.

There are plenty of compelling reasons why you should want to buy a W1080ST+. Its pictures are bright, vibrant, sharp and full of shadow detail. It’s well connected, and its input lag is low enough to make it a strong and affordable gaming projector.

Personally we prefer it to Optoma’s rival gaming projector, the admittedly cheaper GT1080. Though if you’re looking for a more dedicated movie machine to be used in a consistently dark environment, the slightly gentler approach of the original (and now cheaper) W1080ST might serve you better.

The W1080ST+ isn’t necessarily better than the original W1080ST, but it offers something different enough to make it another worthwhile addition to BenQ’s consistently strong projector range.