The W1070+’s picture quality is impressive for the projector’s price point. Colours are particularly effective. Rich saturations and plenty of brightness initially catch your eye, but then you also start to note some surprising (for this level of the projector market) amounts of subtlety and finesse in the rendering of colour blends. This is particularly welcome on skin tones, which look much more realistic than they generally do on such cheap projectors, with no blocking artefacts or colour banding.

You get the punchiest colours out of the W1070+ if you set its DLP Brilliant Colour feature to on – but this can increase noise levels in the picture. Personally we decided after experimentation to leave Brilliant Colour on, as the extent of the noise it adds isn’t as severe as we’ve seen it on some other cheap DLP projectors. Also you can control the extent of the noise to some degree by reducing the sharpness setting (a preferable solution to using the noise reduction system). 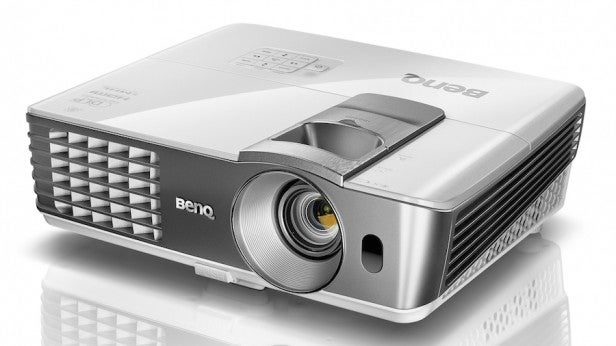 Another pleasant surprise for the W1070+’s price is the amount of shadow detail it renders during dark scenes. Even when watching something as consistently dark as the final Harry Potter film you can see more than enough greyscale and colour subtleties to ensure that dark scenes never feel flat or hollow as they often do on budget projectors.

Presumably a result of the W1070+’s brightness boost, this is the area where BenQ’s newbie most improves over the original W1070.

Motion is another string to the W1070+’s bow, as rapid action across the screen and even speedy camera pans are all delivered without blurring or serious judder. There isn’t even any significant trace of the fizzing noise over skin tones that budget single-chip DLP projectors so often suffer. Nor do you get much sense of resolution loss over motion.

In fact, pictures consistently look superbly crisp and detailed, eking out far more of the subtleties you get with a quality Blu-ray than we’d normally expect to see for the W1070+’s money. Especially with the impressive shadow detail reproduction on hand to keep detail levels looking consistent as a film moves between dark and light scenes.

The weakest point of the W1070+’s picture performance – once you’ve taken the simple measures to remove the noise that can infiltrate images using the out of the box picture settings – is its black level response. Using the Bright preset the projector ships with, parts of the picture that should look black instead look rather grey, at times reducing the projector’s shadow detail prowess.

Fortunately there’s a fairly easy way of improving this situation: reduce the lamp from Normal to either its Economical or SmartEco modes. If you can completely black out your room we’d recommend using the Economical mode, as while this is the least bright mode it’s also the most stable. However, if you have a little ambient light to compete with or you just prefer a bit more punch to your images, the Smart Eco mode is actually surprisingly clever at upping the dynamic range without causing many distracting brightness ‘jumps’. 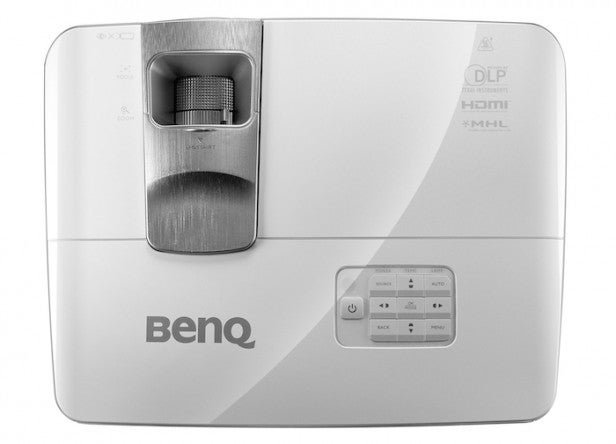 Using either the Economical or SmartEco lamp settings improves the colour neutrality of dark picture areas versus the bright mode, reducing the greenish tinge that creeps in with the lamp at its highest output.

In fact, while you can certainly get superior blacks from more expensive projectors, with the lamp output reduced the W1070+ actually does quite nicely with black levels by budget projection standards.

As well as not seriously damaging the W1070+’s contrast, its extra brightness versus its predecessor mercifully hasn’t led to a noticeable increase in single-chip DLP’s dreaded rainbow effect phenomena. Occasionally we became aware of the issue at a subtle level when there was something truly stark in the image, such as the white Alien title logo against the darkness of space, but overall rainbowing is much less of a concern than we’d expected.