One of the more confusing aspects of choosing a monitor is panel technology. There are basically three variants worth mentioning, in order of quality: TN, VA, and IPS. BenQ, and its panel supplier AU Optronics, are advocates of VA (Vertical Alignment), and the VW2420H is part of a new range of monitors using AUO’s new A-MVA panels paired with LED backlighting. This, so asserts BenQ, makes them the first LED backlit VA monitors in the world. We can hear the corks popping as we type.

As the name suggests, the VW2420H is a 24-inch monitor. It’s a 16:9 aspect display, so has a 1,920 x 1,080 native resolution (or Full HD in plebeian terms), and features a trio of video connections: HDMI, DVI and VGA. There’s also a headphone/audio out so you can output audio from the HDMI, though there are no inbuilt speakers – no great loss by our estimation.


In BenQ’s range the VM2420H is the ‘designer’ model, which means it’s lighter, slimmer, and generally shallower than other models. Such slimness does necessitate an external power adapter (albeit a small one), while also limiting adjustability to a small degree of tilt. 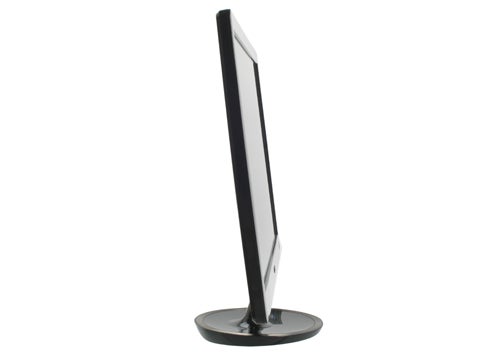 A lack of adjustability is certainly a blow but, unlike smaller monitors, 24-inch models are typically large enough to not require much height adjustment. Moreover, though adjustment is limited, the connectivity isn’t particularly restrictive and the price (just £175), makes such limitations easier to forgive.


As for the design itself, the monitor looks good without inspiring awe. It’s clad, front and back, in glossy black plastic, which looks nice enough but is quickly fouled by fingerprints and dust. This is only interrupted by the BenQ logo and a gold ring that borders the base.

Speaking of the base, it isn’t attached out of the box. It’s a simple a click and screw job, however: click the stand into base, and then fasten with the attached screw at the bottom. No tools are required, and it can be performed by one person fairly easily – not least as the monitor only weighs 3.9kg.


Like most BenQ monitors of late, the OSD controls are housed on the under-edge, with labels on the front. Despite the buttons being hidden from view, large pimples on each one makes them easy to locate and operate. Options are quite comprehensive, comprising numerous picture modes (most best avoided, mind), Gamma control, brightness, contrast, colour temperatures, not to mention aspect controls should you need them. All are well presented, and the navigation can be picked up quickly.

On first inspection the VW240H appears well-calibrated, albeit a little over-bright. This is easily remedied, however, by reducing the 100% brightness it’s set at out of the box. We also found setting the gamma to 2.4, as opposed to the default 2.2, created a slightly less cold, more dynamic picture, but your mileage may vary and this may not produce the most accurate results. 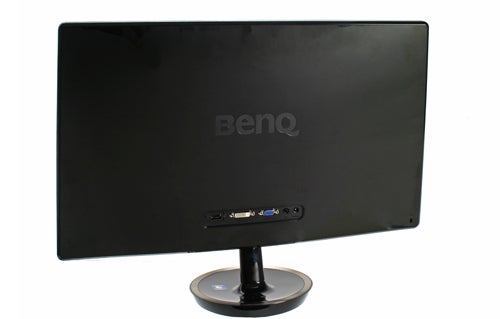 Sat beside the considerably more expensive Dell U2410, the BenQ does lack a little bit of punch, but in general the colours produced by the monitor’s 8-bit panel are rich and nuanced. It will certainly put any TN-based monitor to shame, and the £175 asking price means such comparisons aren’t entirely unreasonable. In synthetic testing gradients were silky smooth, and colour scales excellently defined. It didn’t quite produce the darkest grey shades perfectly, however, perhaps highlighting the monitor’s more casual, multimedia orientation. Nonetheless the results were still superior to any TN monitor.


Fire up some high-definition films, and this multimedia leaning was very apparent. The quoted 3,000:1 native contrast ratio, which is impressive on paper, was borne out by the quality and deepness of the blacks. Skin tones looked natural, colours vibrant, and everything was very sharp. There was a tiny hint of bright spots (where the backlight shines through the panel) in the bottom left corner, but it was barely discernable and the consistency of the backlight as a whole was excellent.

Another pleasing aspect of the BenQ is the readability of the text. Not only is text very sharp, which is the least we’d expect, but whites looked far cleaner (less grey), than on TN-based monitors.


Viewing angles are also far superior to TN, but here the BenQ does betray its affordability a little. Though there’s only slight loss of contrast and no ugly ‘shift’, colours do lose some of their accuracy outside of the sweet spot. Here the very best VA, and particularly IPS, will better the BenQ for colour critical work. For everything else, however, the viewing angles are more than adequate. 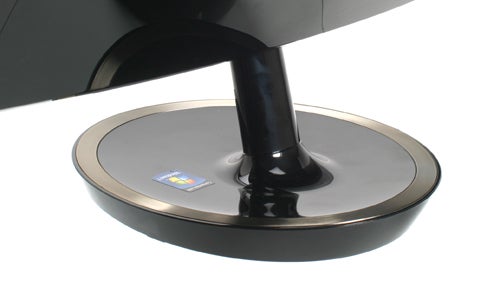 Motion performance is decent, though unsurprisingly not to the quality of any super-fast TN-based monitor. Its grey-to-grey response time is rated at 8ms, as opposed to the two or three of cheaper monitors, and the rise+fall (arguably the more important figure) is 25ms. In games we found some minor overshoot on the fringes of fast moving objects, but on the whole only the most motion-sensitive people are likely to worry.


On the whole, then, it’s an impressive performance from the VW2420H, one that demands a recommendation due to the price. However, if you’re not bothered by slimness or design, spare a thought for the BenQ EW240. It’s based on the same panel, and is the same price, but adds another HDMI and a USB hub to the equation. 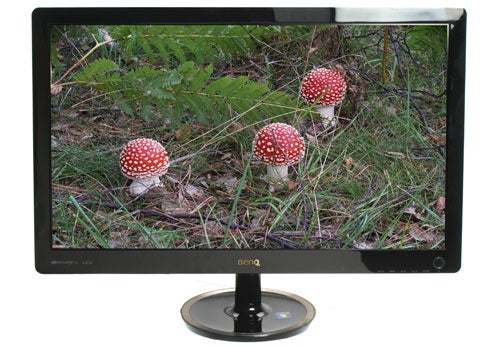 
Not only is the VW2420H very slim and presentable, it performs extremely well and far better than its price alone would suggest. For the style and quality conscious, it’s a winner.