Budget projectors are like Forrest Gump’s infamous box of chocolates – you never know what you’re going to get. But I’m pleased to say the TH530 is one of the tastiest morsels – more hazelnut cluster than coffee cream.

Particularly impressive is its combination of brightness and contrast. It’s not unusual to find a budget projector delivering a bright picture, but usually this brightness would be accompanied by much more distracting greyness over dark scenes than it is here. Instead, bright image areas on the TH530 are accompanied by surprisingly credible darks. 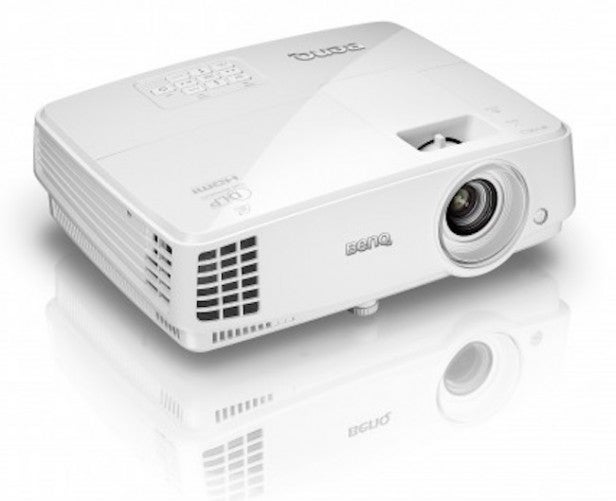 Even more surprisingly for such a cheap projector, dark areas contain impressive amounts of shadow detail. This ensures that dark scenes enjoy a sense of depth that’s pretty much on a par with bright ones, giving you an unusually consistent viewing experience by budget projector standards.

Perhaps the ultimate testament to the TH530’s unexpected contrast capabilities – when running in SmartEco mode at least – is that it actually looks at its best with high-contrast scenes that catch most affordable projectors out.

I was relieved to find that despite hitting brightness peaks beyond the ability of many sub-£1000 projectors, the TH530 can resolve decent amounts of detail and colour in those ultra-bright areas. There’s only the occasional hint of the ‘flared-out’ glowing effect I’ve seen on a few other cheap DLP projectors of late. 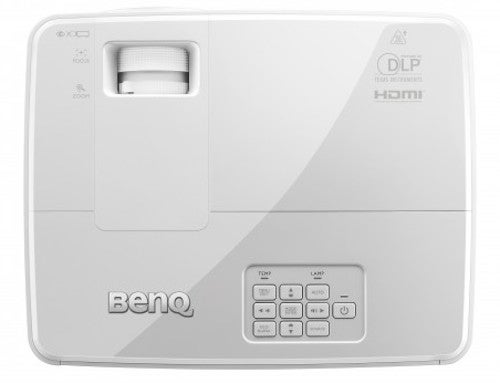 The TH530 also excels when it comes to sharpness and detail. It gets full value from its native 1080p resolution, delivering levels of texture and clarity that some projectors costing twice as much struggle to compete with. Even better, it delivers this sharpness uniformly across the screen, and without exaggerating source noise.

In fact, noise of all sorts is in impressively short supply. There’s hardly any of the gentle fizzing over dark parts of the picture that’s a feature of most relatively expensive single-chip DLP projectors, leaving you with a smooth, polished look that once again belies the TH530’s cheapness.

The TH530 handles motion surprisingly well, too. There isn’t really any judder beyond what you’d expect, and nor is there any of the fizzing noise during camera pans that many DLP rivals exhibit.

Finally, the TH530 is bright enough to be watchable with a bit of ambient light in your room, provided you run it on its High lamp setting. But it can also be adjusted to deliver an effective, more contrast-focused image for dark-room movie viewing. This sort of flexibility is unusual to find on a sub-£600 projector.

Before makers of more expensive projectors pack up and go home, though, there are inevitably a few issues to report with the TH530’s performance.

First and worst, there’s evidence of the so-called DLP rainbow effect over bright objects that appear against dark backdrops. The tell-tale fleeting stripes of red, green and blue are obvious enough that I’d expect pretty much anyone to notice them from time to time. They could potentially be a deal-breaker if you’re one of those people who’s especially susceptible to seeing rainbowing – rainbow-effect tolerance varies greatly from person to person.

Also, while black levels hold up well against many more expensive models, you can certainly get much deeper, richer, more neutral blacks if you spend more.

It’s a bit annoying that the BrilliantColour feature shifts the tone of the colour palette towards a cooler, yellower look, rather than just boosting saturation. You can partly fix this simply by choosing the Warm colour temperature, but pictures still look a bit desaturated compared with good step-up models. Yet turning BrilliantColour off leaves pictures looking duller and less convincing.

The TH530 runs more noisily than most home entertainment projectors, as I’d feared it would when I saw its petite, unusually open bodywork. There’s a high-pitched hum in the Eco lamp mode that’s presumably caused by the spinning DLP colour wheel, while the cooling fans kick out quite a racket in the High lamp mode.

The TH530 clearly has appeal as a gaming projector. However, while I certainly enjoyed the likes of Call Of Duty on it, it doesn’t have a dedicated Game preset, and although its average input lag is an acceptable 30ms, measurements around that average varied between 10ms and a rather high 51ms.

Finally in the negative column, the TH530’s built-in sound system is so weedy that it seems barely worth BenQ including it. It can hardly achieve any volume, and what audio there is sounds painfully thin and harsh.

So long as you’re not especially prone to seeing DLP’s rainbow effect, the TH530 can be considered a surprisingly effective big-screen home entertainment option.

Its closest rivals are the Acer H6517ST, the Epson TW5210 and BenQ’s own W1070+. The Acer model is extremely similar, suffering almost identical pros and cons, except that it uses a short-throw lens that causes some slight edge-focusing issues. The Acer costs £570, too, handing the BenQ a £40 advantage. The LCD-based Epson TW5210 suffers no rainbow effect, which is nice, but struggles with its black level and contrast.

The W1070+’s pictures aren’t as crisp and noiseless as the TH530, but they do enjoy slightly better contrast.

BenQ continues to make life hard for its rivals with yet another aggressively priced but seriously watchable budget home entertainment projector.