BenQ-Siemens’ last sojourn into girly-phone territory, the CL75 Poppy, launched late last year, was a pastel pink clamshell with a poppy tattooed on its front.


That handset apparently did so well that it has been updated and the EF61 Mia is its replacement. You can buy it SIM free for £129.99 plus £4.50 delivery (inc VAT) from BenQ-Siemens’ online store.


Siemens pushes the EF61 as a handset with a screen that doubles as a mirror. It also suggests that you can use the phone to decide what shoes will go with your new outfit by sending your best friend an MMS. While this isn’t going to float every woman’s boat BenQ-Siemens clearly thinks there are enough fluffy-heads out there to warrant a Poppy update. 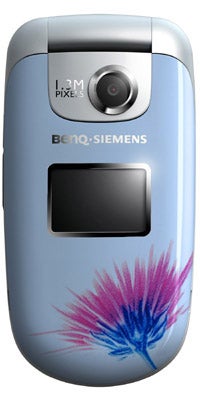 The EF91 is a smallish clamshell tri-band handset (88 x 46 x 23mm) that’s very light at only at 99g. Its physical design is somewhat reminiscent of Motorola’s PEBL in its rounded, bar-of-soap like looks. It feels rather nice in the hand, and has obviously been designed with smaller mitts in mind.


Flicking the clamshell open is no problem thanks to its hand-friendly size, though there is no groove to help you get a finger hold between upper and lower sections, and those who like an expensive, spring loaded feel to their flip mechanism will be disappointed.


With the clam opened you get to what is one of the key marketing features of the EF61 Mia – that mirror like main screen. Whatever you may think of the idea, it actually works rather well. You switch the screen on and off using a dedicated button sitting beneath the navigation key, and when it is off, you really can use the screen as a mirror.


Navigation key, shortcut and number keys are all nice and large, and are well spaced. The navigation key’s central select button is particularly big. The screen, on the other hand, is rather small at 1.8 diagonal inches. Its 128 x 160 pixels feel somewhat old hat, though its 262,000 colours are welcome. 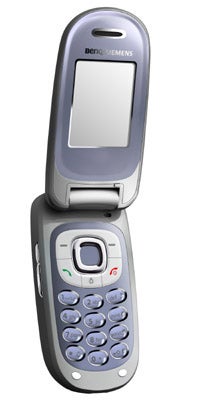 The inside of the clam is silver and lavender-blue. The keys are backlit blue, though not evenly throughout with the 2, 5 and 8 keys getting the brightest of the lighting. There is enough illumination to see all the keys when working in the dark, but the lack of an even spread of light is irritating.


With the clam closed, the front and back are mostly pale blue – BenQ-Siemens calls the colour ‘whisper’ , The handset is edged in silver, and, as with the Poppy, a flower is emblazoned on the front (and the back, and the wallpaper).


The front has a secondary screen which is fairly small at 96 x 64 pixels (20mm wide, 13mm tall). Its 4,096 colours are way below what you’d expect from a front screen these days, but it actually looks OK, probably because it’s so small. The handset front also houses the lens for the built in 1.3 megapixel camera.

Beneath this button is a rocker which, when pushed up, displays a monthly calendar. You can cycle through the months backwards and forwards using the rocker and any days with appointments are highlighted. But to see the appointments you have to open the handset and go to the calendar application. The rocker can’t be used to cycle through music tracks.


On the bottom of the clam is the mains power port, a mini USB type and a covered slot for a microSD card. You can use cards to augment the built in 1.5MB of storage, and clearly if you are going to make any kind of use of the phone as a camera or music player you are going to need a card.


Bluetooth is built in, but there is no infra red.


So, to the camera. On the plus side, there isn’t a huge shutter lag. You get a self timer, three white balance settings, a fair few pre-set scene modes such as landscape, sunny, sunset, snow and even text, effects such as sketch, negative, sepia and embossed and a nine shot multi shot mode. When viewing a picture you can record voice clips, which are then associated with them. 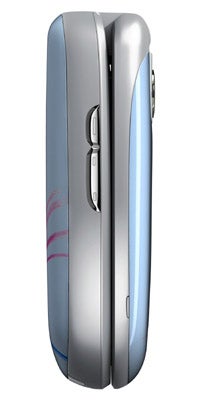 These features lift the camera from the realms of the truly mediocre into something you might want to use. However, the camera lacks a flash and so it’s not what it could be when it comes to indoor shots.

Also, I found it difficult to avoid camera shake and the lens doesn’t produce the clearest or sharpest of images or the brightest colours. The sample shots, taken indoors at the highest resolution and quality available with the camera on auto settings, shows the kind of thing you might get from shooting typical indoor ‘snaps’.


The music player supports MP3, AAC and WMA files. Played through the handset quality is reasonable but the maximum setting isn’t loud enough.


The white in-ear headphones supplied delivered fairly good quality and volume. The headset connects through the same mini USB port as is used for mains power, so if you want to change it you could be in trouble. The connector was quite tight on my review unit, but I did not have a final boxed version of the handset and your experience may differ. I also didn’t get the BenQSyncer software which apparently lets you exchange data with a PC. 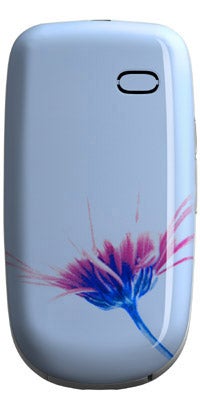 The software complement is reasonable but definitely on the basic side. SMS and MMS are supported but there is no email client on board. There is a WAP browser and Java, a voice recorder, clock, five alarms, to do list manager, notes taker, calculator, currency converter, stopwatch and countdown timer.


Battery life for continuous MP3 playback from a microSD card clocked in at just over six hours.


Despite my misgivings, clearly enough people bought the Poppy for BenQ-Siemens to consider a follow-up. There are many small, light, brightly coloured handsets brimming with features, but I feel that the EF61’s screen-mirror trick will help it stands out from the crowd. 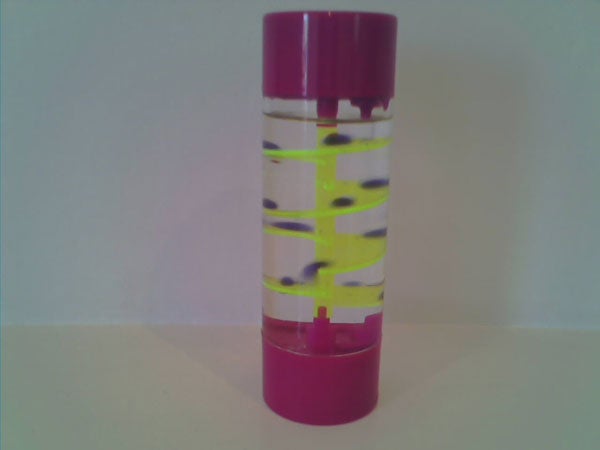 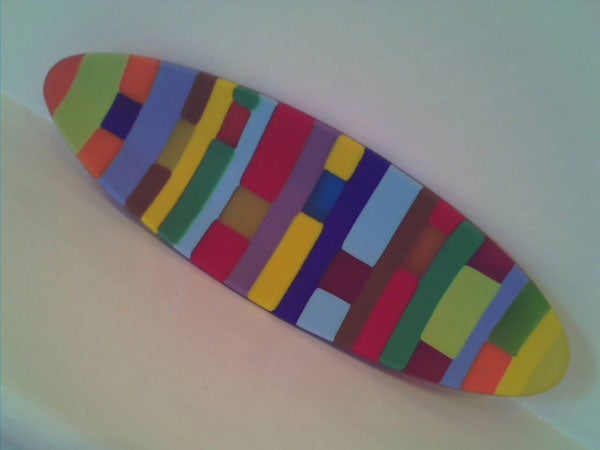