The BenQ might be an affordable panel, but its benchmark results show that it punches above its weight. The factory brightness level of 272 nits is plenty, and the black level of 0.1 nits is stellar – better than both rivals, and enough to deliver a fantastic contrast ratio of 2,720:1. That’s more than enough to provide plenty of nuance and variety in different shades at every area of the colour spectrum.

The average Delta E and gamma levels of 4.04 and 2.46 are middling, and so is the colour temperature of 6,896K. That latter figure is a little cool, which will mean that some shades could look a little pallid.

It’s a solid start that compares well to rivals. The other BenQ screen served up a poor average Delta E of 6.75 and a terrible contrast ratio of 503:1 because of its poor 0.65-nit black level. Dell’s screen, meanwhile, proved inconsistent, with a great Delta E of 1.8 but a contrast ratio of just 370:1.

It’s a decent start, and the BenQ only improved in further tests. I dropped its brightness to a more reasonable 150 nits – a far more comfortable level for the average office, and 40/100 on the BenQ’s OSD – and its average Delta E improved to 1.18. That’s fantastic: the other BenQ panel managed an average Delta E of only 2.77 with its brightness dropped. 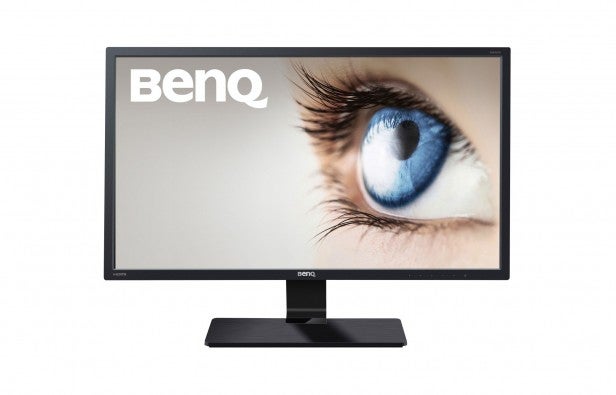 The GW2870H’s revised score is low enough to ensure that colours look accurate. The 0.05-nit black level ensured that contrast neared the screen’s quoted 3,000:1, and the 6,863K colour temperature was near to the factory level.

With its brightness reduced, then, the GW2870H is comfortably better than BenQ’s own RL2755HM, and its great contrast and improved colours make it a more well-rounded offering than the inconsistent Dell.

The BenQ got even better when I used dispcalGUI’s calibration tool. This tasked me with reducing the screen’s green level by four notches. When that was done, the BenQ’s average Delta E plummeted to just 0.55, but gamma levels improved to 2.2. That’s cool, but the colour temperature rose to 7,569K, which means the screen became cooler. So despite those accurate colours some tones could look a little lifeless.

BenQ’s screen displays 91.5% of the sRGB colour gamut. It showed weakness with only a handful of shades: some reds and pinks, and a couple of darker blues. That figure sits between rivals: more than 10% ahead of the other BenQ panel, but behind the 94.3% of the Dell.

Generally, though, it’s a good show for a sub-£200 panel. There are no significant issues with any of the results, but I’d choose to run the panel at 150 nits – at this brightness level the GW2870H delivered the best balance of colour temperature, accuracy and contrast.

The BenQ looks good when lined up against its rivals, too. Its colour accuracy, contrast and sRGB coverage easily outpace the other BenQ screen, no matter the settings I chose. Dell’s screen has comparable colour accuracy, but it’s undermined by much poorer contrast.

As usual, this screen includes several modes designed for different scenarios – and, as usual, many of them aren’t particularly good.

Three of them are designed for visual entertainment, but the Game, Movie and Photo options all have their flaws. All increase the sharpness of the screen by one or two notches, which is designed to make games and films clearer – but it just made edges a little too distinct.

Those three modes all have issues in benchmarks, too. The Movie mode’s colour temperature increased to 7,083K, with the other two ramping up to beyond 7,500K. This screen is too cool already, and this doesn’t help – it means that media can lack vibrancy. 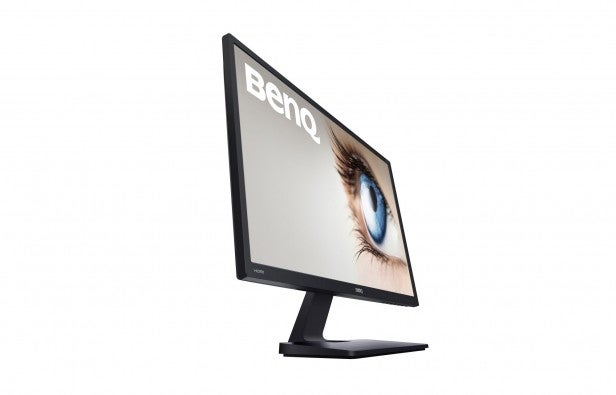 Colour accuracy and contrast suffered, too; average Delta Es were worse than factory settings, and contrast declined to below 700:1 in every one of those modes. That’s caused by high black levels, and it’s poor. That change is designed to help brighten up the darkest areas, but it just means that there’s a lack of definition across the entire colour gamut.

The BenQ’s more sedate modes were a little better, but I still wouldn’t use them. The sRGB mode saw the Delta E decline to 2.07, while everything else remained in place. The Low Blue Light mode, designed for offices, dropped the colour temperature to 5,338K and the brightness to 150 nits. This is no option for complex colour work, but it at least does its job of reducing eye strain.

The final option, Eco mode, dropped the brightness to just 90 nits. That’s still enough for office work, but it’s primarily included to slash electricity bills. It certainly worked: the screen’s Eco mode power draw of 14W is half what the panel requires at full brightness.

The BenQ returned middling uniformity results. Across the top edge, some sections of the screen lost 10% of their brightness while others gained almost 3%; across the bottom the BenQ’s worst sections lost almost 9%. Colour temperature was similarly inconsistent: in several areas the panel became cooler by around 7%, but occasionally it would warm up by around 4%.

Those uniformity levels are better than the BenQ RL2755HM, and consistent with the Dell’s performance.

Those figures mean the BenQ isn’t uniform enough for demanding work with photos and design, but it’s fine for normal office work and home tasks – users just won’t notice the small variations in brightness and colours.

The BenQ’s input lag results provide even more evidence that this panel isn’t cut out for gaming. Its average result of 23.5ms is deeply mediocre – and it’s less than half as quick as both of its rivals. 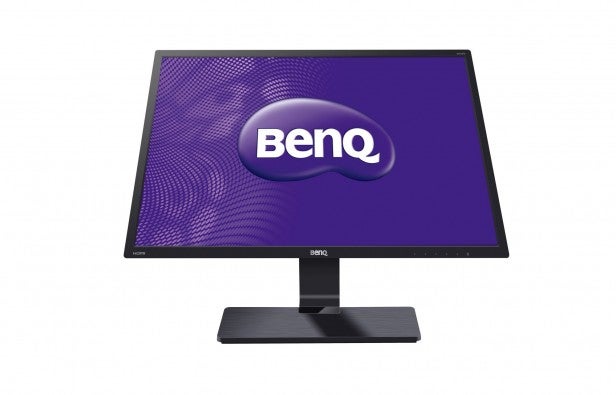 This panel might lack features, but it makes up for its modest specification by nailing its image quality. Its contrast, average Delta E and sRGB coverage levels are all excellent at factory settings and reduced brightness levels.

Elsewhere, its colour temperature is a little chilly and its uniformity is mediocre – and input lag is average, too. None of those cause problems for general home or office use, although they do mean this screen isn’t up to high-end colour work or gaming.

The Dell has more multimedia features and the other BenQ panel is more suitable for gamers, but there’s no denying the quality on offer from this minimalist monitor. It’s an affordable all-rounder if image quality is more important than features.

This affordable screen doesn’t have many features and it lacks movement versatility, but it makes up for those issues with excellent screen quality. And it’s excellent value, too.