The BenQ GL2450 is basic, like really basic. It’s a 24-inch monitor that costs a meagre £110, £100 less than one of our favourite monitors of the year: the BenQ GW2760HS. It’s a damn good price for a 24-inch monitor and overall the GL2450 is a very decent monitor for this price, despite some obvious corner cutting here and there. 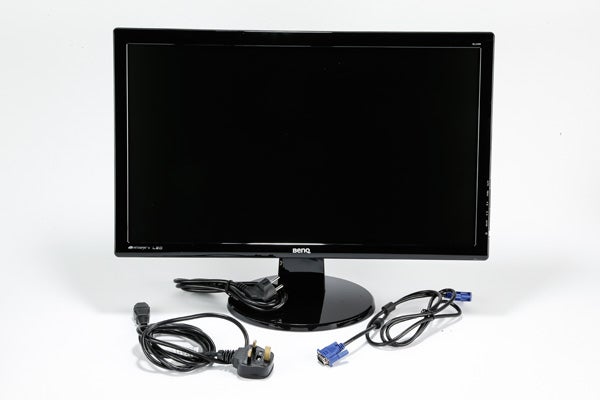 The most obvious of these is the lack of HDMI as BenQ has opted for just VGA and DVI. We suspect there are licensing reasons at work here, but the lack of HDMI isn’t such a huge issue as it first seems given HDMI and DVI work together seamlessly via cheap adapters. This means you can happily plug in any HDMI device (laptop or games console) via an adapter. The only caveat here is that you can’t pipe audio through DVI, so you’ll have to connect speakers separately. There aren’t any built into the GL2450, either, though that’s no great loss in our book.

The actual design of the GL2450 is as anonymous and basic as we expect at this price. It’s black, it’s glossy: that’s it really. We like it doesn’t require any screws to assemble, however, as both the neck and base clip in securely using clasps. It’s a small thing, but if BenQ can do this on a cheap monitor such as this there’s no reasons others can’t for much pricier monitors. Both provide a stable, wobble-free based, though there’s only the basic level of tilt (-5 / 15 degrees) for adjustments.

Unsurprisingly given the price, we’re dealing with a TN-based LCD panel. It’s the cheapest and most basic type of LCD panel around that typically lacks the strong static contrast ratios of VA-based monitors (the GW2760HS being one) or the wide viewing angles of IPS-based monitors like the LG 29EA93 or the PLS-based monitors favoured by Samsung and best represented by the Samsung SC24C650.

It’s easy to read too much into such comparisons, however. The difference between a good TN panel and a bad IPS/PLS one isn’t too great, which is why ‘IPS’ isn’t a guaranteed seal of quality as some marketing suggests. 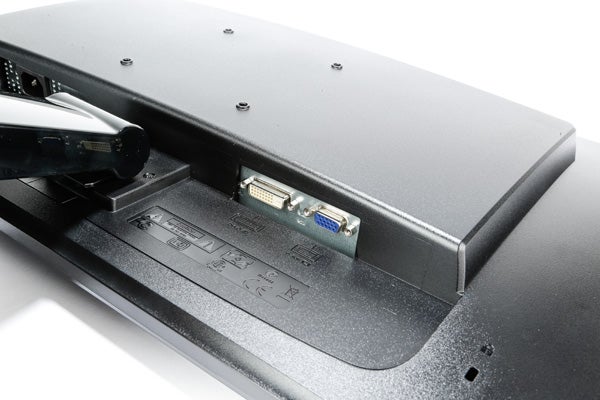 On paper the GL2450 sounds just like any other monitor, as it claims a 1000:1 native contrast ratio and 250 nits peak brightness and 2m grey-to-grey response time. The two former numbers are pretty much bang on as we measured 949:1 and 278 nits from our X-rite i1 Display Pro. Neither figure is outstanding, but they’re good for a monitor at this price as they match those of many more expensive monitors.

By eye alone, it’s clear that the GL2450 lacks the punch and richness of pricier monitors. Blacks are slightly muted and colours don’t have the same pop as the best around, but they’re not considerably worse than any other monitor we’ve seen this year. The GL2450 resolves a decent amount of detail in dark moments in games and videos, while the use of TN panel ensures you’ll have no problems with input lag, making this a decent option as a cheap gaming monitor. 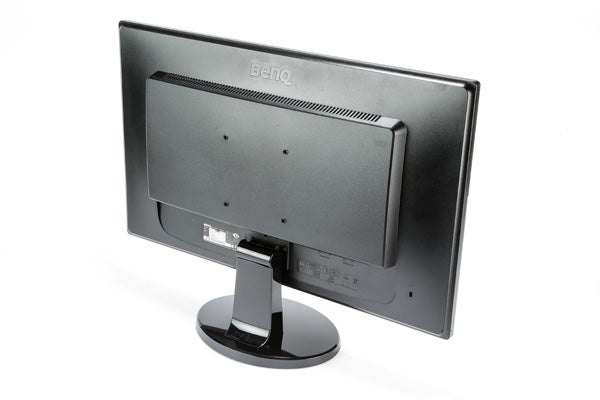 Delving a little deeper into our testing, the GL2450 shares the (slightly irritating) recent trend of recent monitors coming out rather cool. Out of the box we measured a 7,249K colour temperature, a fair way off our preferred 6,500K target. It doesn’t take too much fiddling to get it looking more to our liking, however, as reducing the blue colour channel in the RGB controls down a couple of notches saw it settle at around the 6,600K mark. Still not perfect, but close enough.

Clearly this isn’t a monitor for any colour work, however, as the distinctly average 4.55 DeltaE measurement shows — anything less than 3.0 is good enough for home use and most of the monitors we’ve tested this year hover around 2.0 mark or slightly less. This isn’t ideal, then, but it won’t harm your enjoyment when playing games, watching videos and during general use. It only really matters when editing photos and videos, and even then only if you’re moderately serious about it.

White Point (Colour Temperature) uniformity is very good across the board

Brightness uniformity is very good for a monitor at this price

The kicker is, the GL2450 delivers in any area that’s far more important for a monitor at this price: backlight consistency. While slightly iffy colour accuracy is bearable (and arguably not all that obvious) on a monitor this price, backlight clouding and bleed at the edges is a far more annoying problem when you’re trying to enjoy a film or game, and the BenQ GL2450 doesn’t suffer from either seriously.

There’s only the tiniest hint of bleed from some edges, and even then you have to look very hard to see it, while the consistency across the screen is damn good for a monitor at this price. As the above shows, any brightness (luminance) variance between the centre and outer extremities is kept to an acceptable 30 nits or less with only a few areas dipping very slightly above this. It’s the same story in the colour temperature (white point) department, where the GL2450 remains remarkably consistent — more so, in fact, than plenty of much more expensive monitors.

The only thing we haven’t mentioned here is viewing angles. Here the GL2450 is average. There’s some noticeably colour shift when viewed from moderately acute angles, enough that’s important to sit in the sweet spot but not so bad that someone sitting next to you couldn’t get a decent view of what you’re looking at. 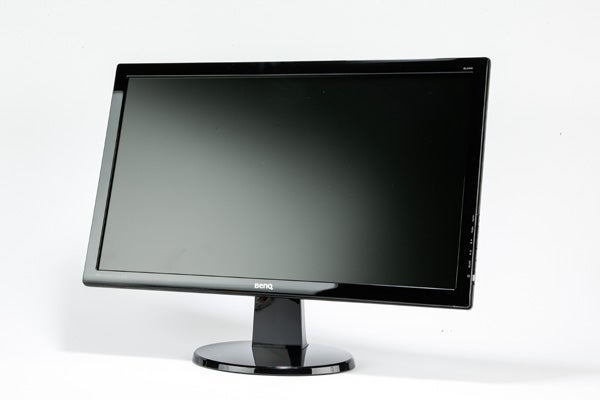 For the money the BenQ GL2450 is a very good buy. Its colour and detail resolution is good enough to enjoy any HD film or game, even if the contrast isn’t quite as deep as the best around, while its TN panel makes it a great option as a cheap and cheerful gaming monitor. Provided you’re not bothered by the lack of a built-in HDMI, it’s recommended for any budget conscious buyer.