Budget 22in monitors have generally become a tad boring. The current trend seems to be to sacrifice image and ergonomic quality for looks, outlandish response time and contrast ratio figures. So, basically, what you end up with is a display that’s pretty rather than functional, with a decent level of adjustability.


Thankfully, some manufacturers still realise that adjustability is a valued feature – which is exactly what BenQ’s G2200WT provides, except it still manages to cost less than most. Is this one of the better bargains around, or have too many corners been cut? 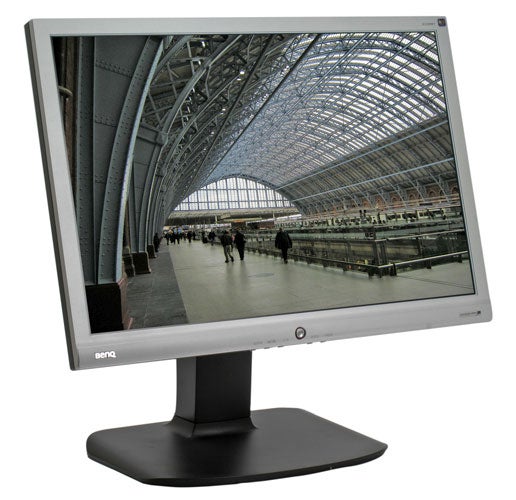 The G2200WT comes pre-assembled, which does mean it’s bulkier to transport than most but sure makes life easier when setting it up. It’s also quite heavy, at 7kg – as a comparison, that’s heavier than the Samsung SM2263DX 22in plus 7in monitor combo. This extra weight is largely down to the metal used in the stand’s base, which also adds an extra degree of stability and durability.


The excellent stand is very similar to the one found on the coveted BenQ FP241W. While it might not be the prettiest, it offers substantial height adjustment (lifting the screen through 21cm), reasonable tilt, a generous amount of swivel and of course pivot – basically, every adjustment you could ask for. The only minor niggle is that downward adjustment can be a bit tough. 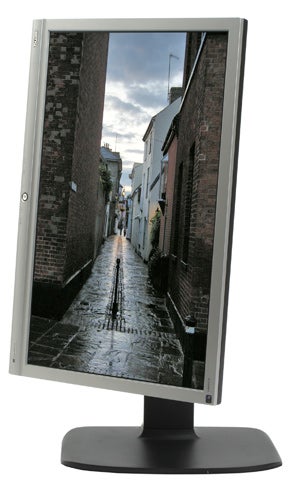 In terms of looks the G2200WT actually stands out from the crowd, although not necessarily in a positive way. In a world of piano-black 22in displays, its two-tone finish is a bit surprising. The stand and back of the monitor are matte black, while the svelte bezel is silver. Despite there being only one tiny sticker to spoil the BenQ’s looks, I can’t say it’s particularly attractive – which is a shame, coming from the company responsible for the stunning V2400W. Partially, this is down to the lower part of the bezel which bulges outward slightly, and is finished in a fake-speaker-grille pattern. But mostly it’s down to the horrendous LED. In a faux pas reminiscent of the ugly Hyundai BlueH HM22D, BenQ has stuck a yellow power LED inside a red LED ring. All I can say is: why?

Connectivity is uninspiring but adequate, with a single VGA and HDCP-compliant DVI port. Unfortunately, this is where the main evidence of corner-cutting comes in, as all you’ll find in the box is an analogue VGA cable – grrr. I really can’t emphasise enough that manufacturers ought to include digital cables, since otherwise they’re selling their products short (hear that, Sony?)

The buttons are clearly labelled along the monitor’s bottom. There is the usual Auto button for re-syncing an analogue image; Menu/back; left/preset (including standard, movie, dynamics, photo and sRGB); right/brightness and contrast; and Enter, which switches inputs outside of the OSD. The OSD itself is quite similar to the colourful effort found on the V2400W, meaning it’s well-laid out, eminently visible and really easy to use. Frankly, it puts the equivalent models of many competitors to shame, especially giants like Samsung. 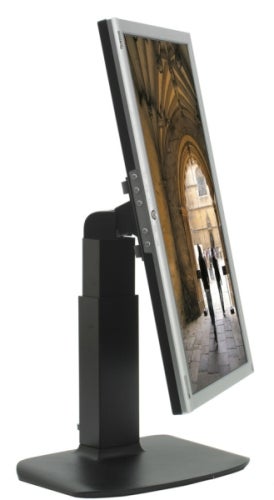 The 5ms response time is fairly average for a 22in panel, and a 1000:1 native contrast ratio is not bad. The latter can be boosted up to 2500:1 using the dynamic setting, though the results aren’t very impressive with oversaturated colours and strongly unnatural skin tones. The Movie preset isn’t much better either. This is not to say the G2200WT makes for a bad entertainment experience. It does a surprisingly good job as long as you use Standard mode, and the amount of dark detail on offer suggests the native contrast figure is not exaggerated as much as with many TN panels – though as with every TN deep blacks are not its strongest point.

When it comes to general image quality, there’s also little to fault with this budget BenQ. For a TN panel, it delivers an above average performance in sRGB mode in our greyscale tests, managing to resolve all but two of the most subtle shades. However, there is slight contamination of yellow in both blacks and whites. Backlight bleed is so minimal as to be almost unnoticeable in normal use, and there is virtually no banding across colour blends. Text is also very sharp, though at 6.8 points or lower there is some red aberration similar to that found on the Dell UltraSharp 2408WFP. 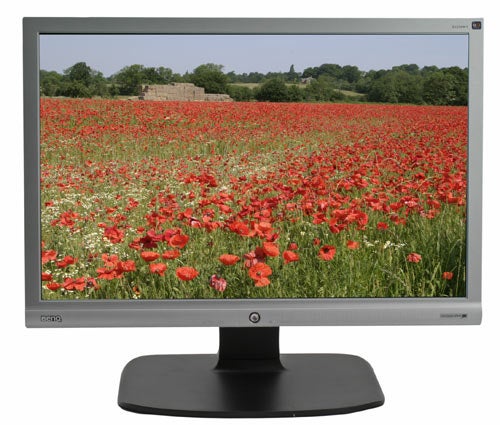 BenQ states 160 degree viewing angles across both the horizontal and vertical planes. These figures are close to accurate and there is little of the pronounced colour or contrast shift present here that’s noticeable on most TN LCDs.


So overall, you get the G2200WT’s excellent adjustability, good build and decent image quality for less money than you would expect. In fact, at around £160 it’s one of the best value-for-money 22in monitors you can buy.


If you’re on a limited budget, you can do a lot worse than the well built and fully adjustable BenQ G2200WT 22in monitor. Sure the image quality isn’t professional grade, but for the average user its sufficient.