The EW2750ZL started reasonably well in my image quality benchmarks. At factory settings its brightness and black levels of 279 and 0.08 nits are both good, and created a contrast ratio of 3,488:1 – a stonking result that shows off deeper shades in particular.

The screen’s factory colour temperature is a little cool at 7,007K, and its average Delta E and Gamma scores of 4.6 and 2.66 are only average.

Enabling Dynamic Contrast had mixed results. The Gamma dropped to a poor 1.83, but the Delta E improved to 3.18. Colour temperature, though, fell to a cooler 7,673K, which lent a noticeably chilly air to on-screen images.

Those initial results compare closely to the BenQ GW2870H. That screen’s initial contrast ratio of 2,720:1 is still excellent, and it returned Delta E and Gamma figures of 4.04 and 2.46. The screen’s colour temperature of 6,896K also isn’t far away from the EW2750ZL. 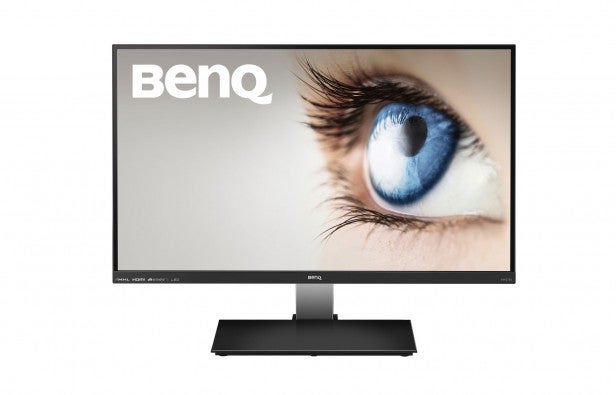 The EW2750ZL was comfortably better than the BenQ RL2755HM gaming screen. That panel returned a disappointing contrast ratio of 503:1 and poorer colour temperature and Delta E results.

My next step was turning the EW2750ZL down to 150 nits – 45 out of 100 on the panel’s brightness scale – which is a more comfortable brightness level for daily use. The more reasonable backlight level saw quality improve: the Delta E jumped to an excellent 0.63. Contrast dipped a little but remained an excellent 3,125:1, and colour temperature sat at 7,058K. That’s a comparable bill of health to the GW2870H at this brightness level.

A couple of basic tweaking options can be used to change the black level and colour saturation, but I found little use for these. Dropping the black level from 16/31 to 5/32 only made the Delta E worse, and raising that figure to 25/32 raised the black level to 0.15 nits and made the colour temperature far cooler.

My calibration didn’t require much tweaking: I only had to drop the screen’s blue colour setting down by five notches. It didn’t improve matters much, though – the Delta E remained at an average of 4, and colour temperature only warmed up to 6,893K. The BenQ GW2870H returned better colour accuracy after calibration, although its colour temperature remained too cool.

The EW2750ZL performed well in colour handling tests, with an sRGB coverage level of 98.9%. That’s almost flawless – and better than the competition. Viewing angles, meanwhile, are fine; the panel loses vibrancy and a little brightness, but it’s still easy to see what’s going on.

In general, then, this screen is a good performer. It’s got great brightness and contrast, reasonable colour accuracy and temperature, and excellent sRGB coverage – all key factors when it comes to making movies and photographs burst from the screen. There are problems, too, but they’re minor; either restricted to obscure settings or small enough to not cause harm.

Most of the BenQ’s alternative modes revolve around different types of media. As usual, they’re a mixed bag.

The best out of the three media-specific modes is the Cinema option, but that’s because it keeps its measurements close to this screen’s factory settings – its colour temperature of 7,027K is familiar, and the Delta E average of 1.97 is good.

The Game and Photo modes are both poor. They both ramp the colour temperature up beyond 11,000K, which is unusable. In both modes the panel is covered with a distracting blue pallor.

The best-balanced of any included screen modes is the sRGB option. It’s presumably included for work where colour sensitivity is paramount, but it’s excellent across the board: the contrast sits at 3,367:1, the average Delta E is just 0.53, and the colour temperature remains constant at 7,183K. That’s the option I’d use for good all-round use. 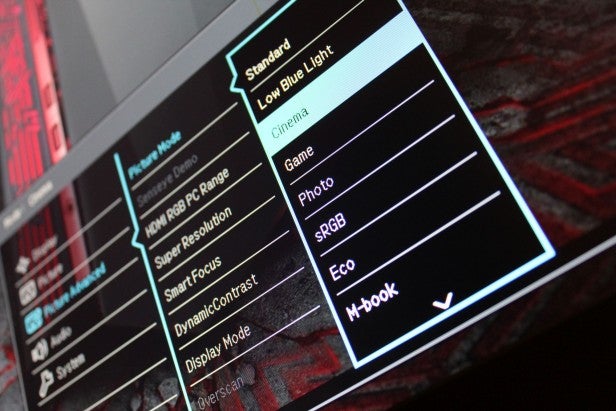 The final mode is designed to save power. The Eco option drops the brightness to 102 nits, which reduces the panel’s power consumption from 31W to 16W. It’s a good reduction, but it’s no good for screen quality – it upped the colour temperature to a chilly 8,020K.

Little stands out about the BenQ’s uniformity levels – they’re reasonable, without any glaring issues. The top edge is tame: in the top-left corner the brightness and colour temperature both drop by less than 4%, and that’s as deviant as it gets.

The middle of the panel is even better. Across the centre of the screen the brightness only varies by 4%, with colour temperature dropping by 1.2% or less. The BenQ’s poorest uniformity results came along the bottom edge, where it lost 6% of its brightness in the bottom-left corner and 11% in the bottom-right section. That latter figure in particular is poor, but at least it’s isolated – and it’s unlikely to ruin any movies or games.

Input lag, meanwhile, is one area where this screen punches above its weight. The panel average an input time of 14.3ms – below the 20ms benchmark that I look for, and not far away from the 10ms scored by the game-centric BenQ RL2755HM screen. 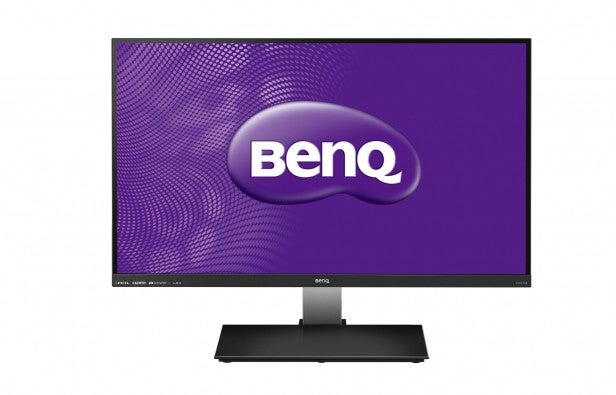 I have no real issues with the EW2750ZL’s image quality: it’s solid in key departments and isn’t deficient enough elsewhere to cause serious problems. It’s got the contrast and black level to make games and films burst with colour across the entire scale, and those colours are reasonably accurate. Input lag is decent, too.

BenQ’s GW2870H is perhaps a little better in overall image quality, but not by enough to make a difference to most users.

Elsewhere, the EW2750ZL is found wanting. Its screen modes aren’t much cop, and its lack of adjustment features could prove restrictive. With those potential issues in mind, though, there’s still plenty to like. It’s a solid 1080p panel that is amply good enough for movies, games and photos.

This screen is easily good enough for movies, games and photos. Just be warned that it’s not very adjustable and it’s missing some basic features.