This BenQ monitor is a good-looking piece of kit, with smarter design and a smaller bezel than most other screens in its class. That’s because this panel is designed for multimedia entertainment – so it’s got to look the part.

I’ve often seen monitors that concentrate on good design but lag behind on image quality, though, so the EW2750ZL needs to nail both categories if it’s going to confound my expectations.

The BenQ really does look good. The base is a slab of glossy, sloping plastic, and the stand slants forward and is made of lighter metal – so it stands out and looks stylish compared to the duller hardware on almost every rival.

The panel is hemmed in by a tiny bezel on three sides. The bezel on the bottom of the screen is slightly larger, presumably to accommodate an unsightly raft of logos and hardware on the inside. Even the rear of the screen looks good, although its glossy plastic covering is flimsy.

The smart-looking design holds a 27-inch, 1080p panel. It’s a VA unit, which brings its own pros and cons to the table: screens that use this tech have superior black levels to other screens, but sometimes suffer from some colour shift when viewed from the side, and also don’t have particularly good response times. 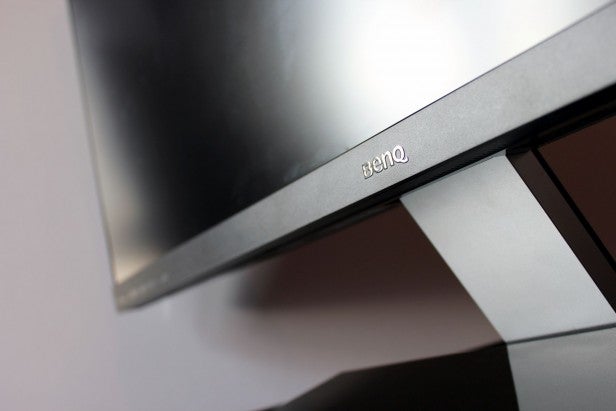 This screen is designed for movies, photos and other entertainment, so the features follows suit. It’s got two HDMI 1.4 ports that are compatible with MHL, which introduces connectivity with compatible smartphones and tables. There’s also, for some reason, a D-SUB connector.

Two 2W speakers are installed in the bottom bezel, but the audio output is disappointing. Songs sound like they’re being played behind a door in another room, and there’s not much variation in volume – the panel is set to 30% volume by default, but increasing it to 100% didn’t make the audio much louder.

There’s no clear bass, and any mid-range or high-end sounds that sound reasonable in isolation become muffled and tinny when heard as part of a larger whole. This may be a multimedia monitor, but even the cheapest set of desktop speakers will pump out better audio.

Many of the BenQ’s software features lean towards entertainment. It’s got an option to simulate high-resolution images by “boosting the pixel density” of whatever’s on the screen, and it’s got a mode called Smart Focus that’s designed to make work easier. Neither of those options are much cop: the former simply sharpens the screen to the point of distraction, with pixelated edges all over the place, and the latter just dims most of the screen apart from a customisable section, which remains bright.

Get beyond the multimedia features, though, and the BenQ begins to look threadbare. There are two audio connections on the rear, but nothing else – no DisplayPort and no USB ports, for instance.

It’s not accommodating when it comes to adjustment, either. The panel can be tilted forwards or backwards, but that’s it: no side-to-side movement, no height adjustment, no portrait mode and no VESA mount.

The lack of features is something I’ve noticed on rivals, too. The BenQ GW2870H is a more workmanlike panel that lacks adjustment options and speakers, and BenQ’s RL2755HM lacks adjustment abilities but has more game-specific features.

The BenQ followed the firm’s usual setup procedure. The small stand slides into a socket on the back of the screen and screws into place, and the base attaches to the bottom of the stand – and, again, is secured with a screw.

The on-screen display follows the familiar BenQ blueprint. There are five main menus that open into cascading menus with specific options. Everything is organised sensibly, but I always have issues with BenQ’s OSDs: navigation is sluggish, and it’s not possible to scroll from the bottom around to the top of many of the menus – an irritation that makes everything take longer. 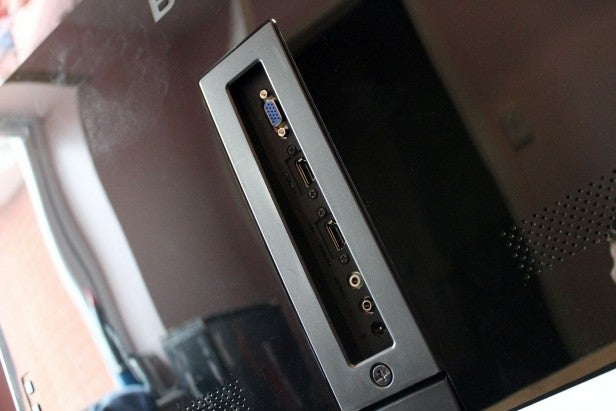 The buttons don’t help. They’re all on the back of the panel, and they all feel flimsy and wobbly, like they’re liable to break. There are five buttons that correspond to the OSD, but directly beneath is the power button that is made from the same plasticky material. It’s tricky to hit the correct buttons to begin with, because approaching the screen from a higher position means the buttons aren’t lined up with what’s on-screen – and an identical sixth button beneath makes navigation feel even more disorienting.

The lack of versatility isn’t my only physical issue with this screen. The rear cover is flimsy, and the entire screen is noticeably wobbly. At least it’s light: the EW2750ZL’s 4.3kg weight undercuts rival screens by around a kilo.