We’ve reviewed quite a few monitors by BenQ recently that share the same looks and basic specifications. Today’s example, the E2400HD, is yet another model in the company’s highly affordable Full HD range, which can be seen as either a bigger cousin to the 22in E2200HD or scaled back version of the M2400HD without the webcam and USB-hub.


Since it uses exactly the same TN panel as the M2400HD this 24in display has a 16:9 aspect ratio. Though this is more film-friendly than the traditional PC-monitor 16:10 ratio, we’d rather have the extra desktop space 1,920 x 1,200 gives over 1,920 x 1,080 for productivity and gaming, though the reduction in price will attract many. 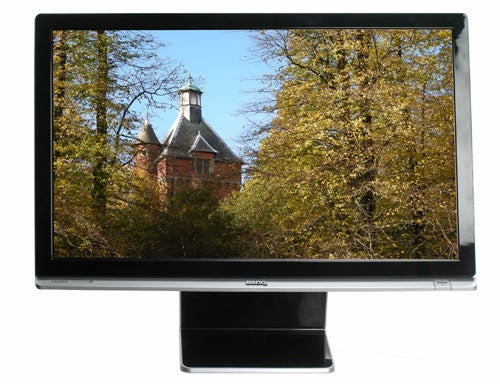 Assembly is easy: simply put the base onto a flat surface and click the monitor with stand into it. Unfortunately the only adjustability on offer is tilt, but to be fair that’s a failing with most budget monitors – BenQ’s rather good G2200WT accepted.


Tilting the E2400HD reveals the same creaking as on the other models using this chassis, though aside from this build quality is decent enough. In terms of looks, meanwhile, the display is not unattractive but hardly stylish. The large power button and its equally large square green LED don’t add a lot, nor do the bulges where USB ports resided on the M2400HD. It’s also worth noting that the monitor’s piano-black finish makes fingerprints far more visible than the M2400HD’s white coating did.

BenQ still continues its practice of providing no digital video connectivity out of the box, so unless you have one already you’ll need to buy a DVI or HDMI cable separately. However, the actual monitor provides a nice selection of connections with HDMI, DVI and VGA.


While this triple connectivity is common enough on budget displays these days, BenQ goes the extra mile by offering a 3.5mm audio input (which was sadly missing from the E2200HD) and headphone jack on the side. This means you don’t have to use the integrated speakers – a good thing since, as usual with integrated monitor ones, they’re not exactly accomplished.


As with its brother and smaller cousins, the E2400HD has its controls clearly labelled along the front of its glossy black bezel. The control buttons are integrated into a narrow silver strip that runs along the outside of the screen’s chassis, making the black section appear equally thick at the bottom as at the sides and top. 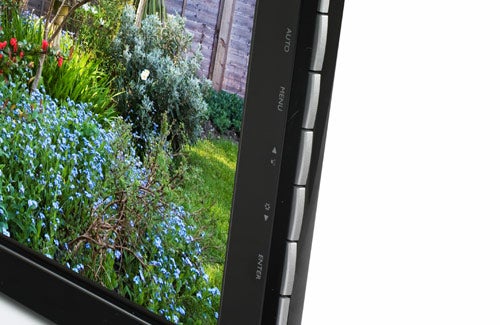 Its simple controls combine with colourful, logical menus to make the E2400HD easy to use, despite the slightly counterintuitive niggle of the up and down buttons moving right and left respectively through the menu’s tabs. There’s a sensible selection of shortcuts on the buttons, including input, brightness and volume.


In the OSD there are various presets available or you can configure your own, and the handy Senseye Demo lets you see the effects of several of the modes on half the screen, with the other half retaining the qualities of the preset you’re on – this is really something all displays should have.

Keeping in mind that even the cheapest IPS and P/MVA panels will give superior performance to the best TNs in everything but response times, how does the E2400HD hold up in the all-important image quality stakes?


Despite having the same lineage as the M2400HD, we found the E2400HD we received to be slightly inferior to its more expensive cousin – something that can happen due to the variability inherent in LCD display technology.


On the positives side, viewing angles are good for a TN, with minimal contrast or colour shift when viewed from the side. Even from above the picture remains watchable, though as this is still a TN things deteriorate quickly from below. After adjustment colours were decent and text is razor-sharp. 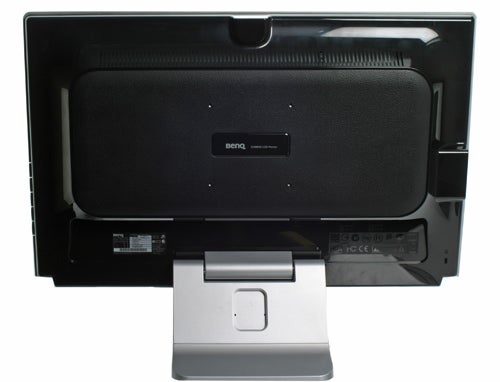 However, there was some backlight bleed from the lower edge of the screen, some very slight banding and again, like most TNs, the E2400HD failed to distinguish between the darkest greyscale tones. Mind you, its superior viewing angles still give it an edge over many TN displays depending on usage.


For gaming, whether PC or HDMI-equipped console, it’s certainly adequate. Although it already has the ideal resolution for high-definition consoles (1,920 x 1,080), the E2400HD offers a few aspect ratio controls, namely Overscan (to hide edge noise), Full and Aspect, the latter of which scales the image as large as possible without distorting the ratio. 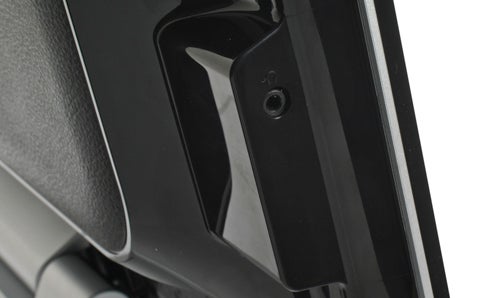 Movie mode gives vivid – if slightly oversaturated – colours with a blue cast, and though the high sharpness settings are horrible for text they work well for emphasising detail in video material. Together with Dynamics (for gaming) it’s the only mode offering dynamic contrast and both are worth activating if you value punch above accuracy in entertainment material.


The area where BenQ’s recently-reviewed monitors have been most competitive is price, but while its E2400HD is certainly affordable, it’s not quite as cheap as expected. At £209.42, there are plenty of cheaper 24in monitors available online, though finding one with image quality and especially outputs to match is not going to be easy. 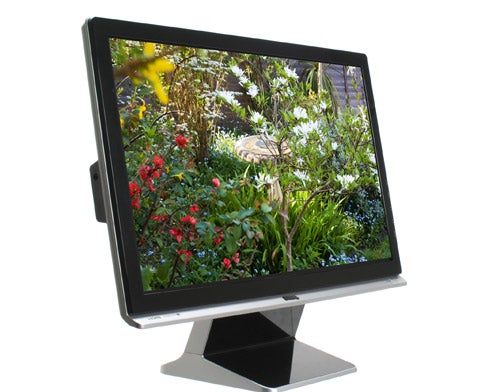 As it stands, the E2400HD is the cheapest 24in monitor we’ve reviewed, but only by a bit. Having come down in price since our review, BenQ’s own M2400HD gives you an integrated USB-hub, separate webcam and (on our sample at least) slightly superior image quality for only £17 more. Unfortunately, it’s only available in white, but as long as that’s okay with you it offers far better value.


A decent display at a decent price, BenQ’s Full HD E2400HD is definitely worth considering. But, if you don’t mind a white rather than black chassis, the company’s own M2400HD gives you more for the money.