The BenQ BL2205PT is a basic business monitor that offers the versatility of a fully adjustable stand, enabling it to be flipped vertically or just held in a position that’s optimal for viewing comfort.

Otherwise it’s a barebones affair with a standard TN LCD panel, rather than a VA or IPS type, so image quality is only suitable for basic office tasks rather than colour-sensitive work such as image editing.

With an asking price of just £109.99 it could just be an ideal general-purpose office monitor.

As befits a utilitarian business product, the BL2205PT has an austere all-black look. It uses standard, slightly rough matt black plastic throughout and has little in the way of design flair with just about every form following its function, even down to the circular base that lets it rotate.

The overall effect works well enough, though. Only the very snazziest of far more expensive monitors really ups the design ante in a significant way. For a bulk-bought business product the design is ideal.

Related: Our pick of the Best Monitors 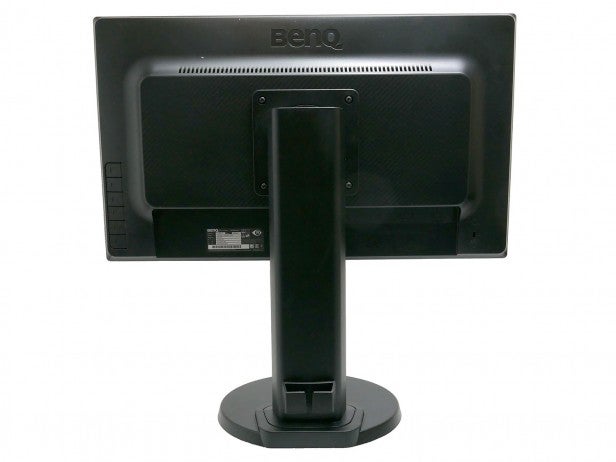 Also likely to be ideal for many a business is the combination of features. The 1920 x 1080-pixel 22-inch LCD panel is a good combination of screen size and resolution that makes it practical for most offices.

Some may prefer the slightly larger pixel size of 24-inch screens with the same resolution, but crucially you shouldn’t have to worry about having to engage any resolution-changing scaling settings in Windows like you do on high-resolution screens – the results of doing so can often be mixed and confusing for less experienced users.

Connectivity should suffice for most, too. You’ve got one each of VGA, DVI and DisplayPort 1.2, though there’s no HDMI which could be a problem if you ever need to plug in multimedia devices such as games consoles, media streamers, etc.

Audio from DisplayPort connections will come straight through to the speakers, but other connections will require the use of the 3.5mm stereo input jack. There’s also an output jack for piping that audio out to your headphones instead.

Adjustability consists of 110mm of height adjustment (overall measurements 474.29/364.29 x 510.26 x 213.93mm), ±45 degrees of swivel in the base and -5/20degrees tilt. The display can also be removed from the stand completely and mounted on a 100x100mm Vesa monitor mount, though why you’d do that when the main reason you’re paying a premium for this monitor is because of it’s stand, I don’t know.

Also on the stand is a basic cable-tidying clip and the display has a Kensington lock slot for securing the monitor to the desk.

This monitor arrives in three separate pieces, so takes a bit of time to assemble. The bottom of the stand screws on via a captive screw, but the display uses loose screws so a bit of care not to lose them and to hold the stand in the right position is required. Hardly a hardship, but it adds a handful of extra minutes to the overall setup. Otherwise it’s cinch to get up and running. 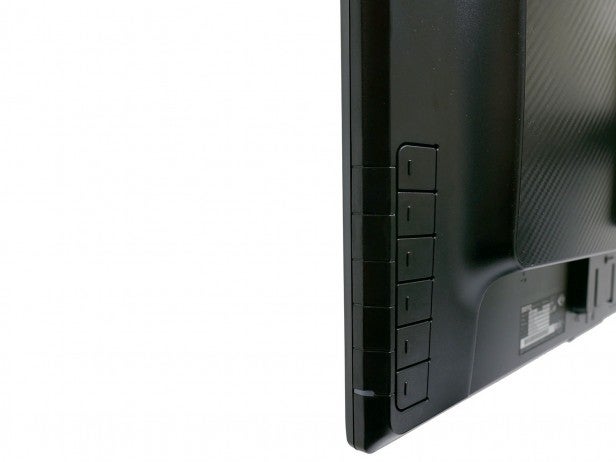 Ranged down the right edge are the onscreen display buttons and power button. They’re hidden round the back, but are clearly marked on the front so are easy to operate. Combined with the clear onscreen indicators for each button’s function, it’s quick and easy to navigate the settings and get things set up as you need.

Only a VGA cable is provided in the box, so you’ll need to source either a DisplayPort or DVI cable if you want a clearer digital connection. You do get the mains cable, though, and the power supply is internal so there’s no power brick to have to worry about hiding away.