With one or two honourable exceptions, we’ve not generally been very impressed by the performance standards of DLP Pico projectors – mostly on the grounds that they just don’t have enough brightness to be truly useful/enjoyable to watch.

The Kickstand, though, while certainly not perfect is nonetheless one of the better Pico projectors to have crossed our testbenches.

The most impressive string to its bow is its contrast performance – specifically its ability to deliver an at least half-credible black level response if you use the Standard or Mild picture presets. Dark movie scenes are surprisingly easy on the eye thanks to the way they suffer with less low-contrast grey misting than the majority of Pico projectors. 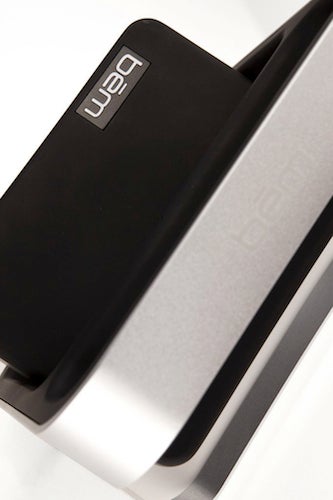 What’s more, this credible attempt at reproducing a black colour is accompanied by some respectable shadow detailing so that dark scenes avoid that hollowed out, flat look so common with portable and/or ultra-cheap projectors.

This shadow detail strength shows that the contrast performance of the Kickstand is being achieved relatively natively, without the projector having to sacrifice too much brightness via a dynamic contrast system to achieve its decent black levels.

This assumption is backed up by the pleasing brightness of the Kickstand’s images (by ultra-portable projector standards), and the fact that this brightness remains quite stable even as the image content shifts between dark and light content.

The Kickstand’s decent brightness has a further advantage too: namely that it enables you to push its image sizes larger than is often the case with Pico projectors, before pictures start to become too faded. Film fans will be particularly happy to hear this, obviously. 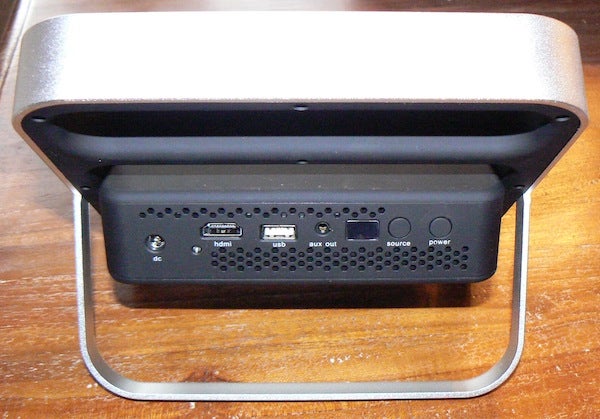 More good news about the Kickstand’s pictures is that they’re extremely sharp and detailed. This is again particularly welcome when it comes to computer presentations, with even very small text looking extremely legible.  But it also ensures, of course, that HD video sources like Blu-rays look definitively HD in a way that certainly isn’t always the case with ‘pocket’ projectors. The clarity holds good, moreover, even when there’s a lot of motion going on in the frame.

So what are the flaws we referred to earlier? The main one is that there’s a rather washed out look to colours, especially when viewing video content, that can leave the picture feeling a little flat despite its intense brightness. And there’s also a rather yellowy caste to pictures that the projector doesn’t provide the tools to calibrate away.

Sometimes your brain can learn to adapt to colour flaws like this over time. But with the Kickstand we never felt convinced by its colour palette – and this applies to both video and PC presentation content.

The other issue is the way the 16:10 native aspect ratio results in widescreen video pictures looking slightly stretched vertically – though to be fair the degree of stretching is small enough to only occasionally cause a distracting amount of image distortion.