For a reasonable price you can own two of the greatest action games ever made, and they've aged like a fine Japanese wine, proving exactly why PlatinumGames is the best in the business when it comes to character-driven action experiences.

PlatinumGames has become an iconic staple of action games in the past decade, releasing myriad classics that began with Bayonetta and Vanquish – two titles which have returned in this bundle to celebrate their tenth anniversary.

Yes, it really has been that long since Bayonetta and Vanquish backflipped into our lives, and they honestly haven’t aged a day. SEGA has brought these two beloved gems onto modern platforms with a bang, ensuring they look and run better than ever.

Offered at an appealing price with enough new bells and whistles to warrant a revisit, the Bayonetta and Vanquish 10th Anniversary Bundle is an easy sell for action newcomers and veterans alike, especially if you didn’t have a chance to experience these classics back in the day. While a few extra bonuses would have been lovely, it’s hard to complain about what’s on offer here. 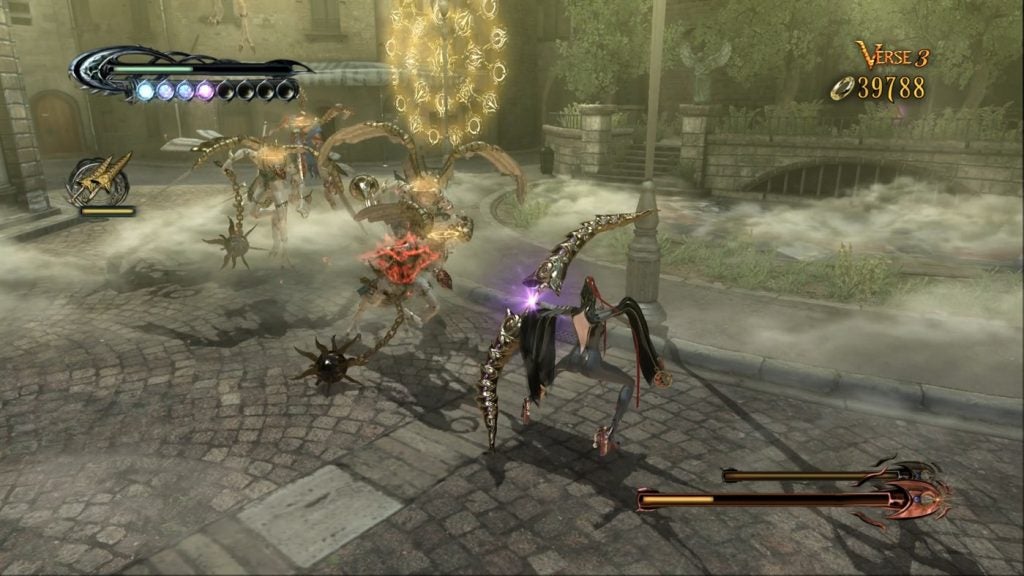 First released in 2009, Bayonetta has since cemented itself as a modern classic. It takes the acrobatic combat and electric pace of Devil May Cry and enhances it with some truly unique twists. It’s faster, more ambitious, more daring and overblown in the best possible way. Even after 11 years, it still plays beautifully, although it doesn’t reach the heights of its equally fantastic sequel.

Hideki Kamiya’s wondrous adventure of excess has you playing as the titular character of Bayonetta, an unstoppable woman capable of transforming her hair into everything from skimpy clothing to otherworldly beasts the size of skyscrapers that eat enemies alive. Instantly iconic upon her debut, this stylish witch backs an even bigger punch many years later.

Bayonetta introduces Witch Time, a mechanic which has become a common mechanic across Platinum’s library. By dodging at the exact moment you’re struck, Bayonetta can slow down time for a few short moments. This means you take no damage, and have a precious couple of seconds to build up a combo and dish out some massive punishment. After all this time it still feels wonderful, applying a sense of distinct rhythm to each encounter.

Levels are short and sweet, often only featuring a handful of battles before you’re rewarded a grade and thrust into a cutscene and/or storefront to restock or sit down to some exposition. This stop and start pacing won’t be for everyone, especially since at times it can feel like you don’t have enough time to sink into combat before immediately being pulled away.

On the flipside, this also amounts to massive amounts of replay value as you slowly but surely nail each facet of Bayonetta’s arsenal. 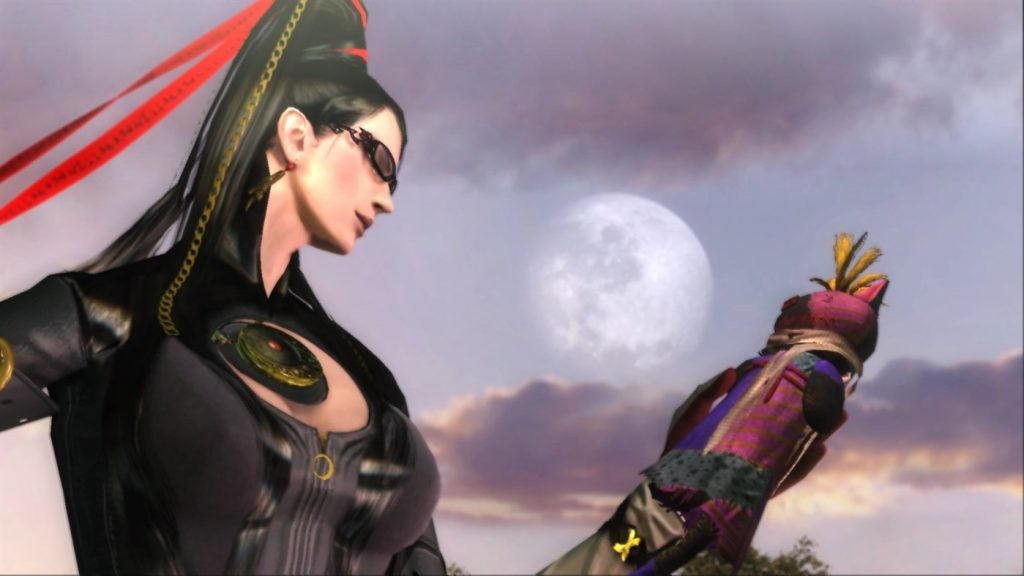 I could spend hours nailing down why Bayonetta is so brilliant. It’s fantastical architecture tinged with European influences echoes the thematic elements of angels fighting against demons perfectly, while Bayonetta is a fierce sex symbol who screams female empowerment, owning her sexuality and using it to put idiots in their place.

It’s badass, and it’s criminal we’ve been waiting so long for the third game. We might not have realised it at the time, but Vanquish was one of the finest follow-ups a studio has ever made, establishing a killer streak that wouldn’t falter until the underwhelming Legend of Korra in 2014. Shinji Mikami’s absurdly manic cover-based shooter takes the formula established by Gears of War and other noughties blockbusters and promptly leaves them in the dust.

Vanquish is short and sweet, with the solo campaign coming in at only 6 hours or so depending on the difficulty. While its length has been rightfully criticised, every passing second is an adrenaline-fueled moment of brilliance. You are Sam Gideon, a DARPA agent armed with the Augmented Reaction Suit. This highly advanced piece of technology allows you to burst across the environment with rocket thrusters, sliding across the floor and leaving hostile Russian androids in the dust. 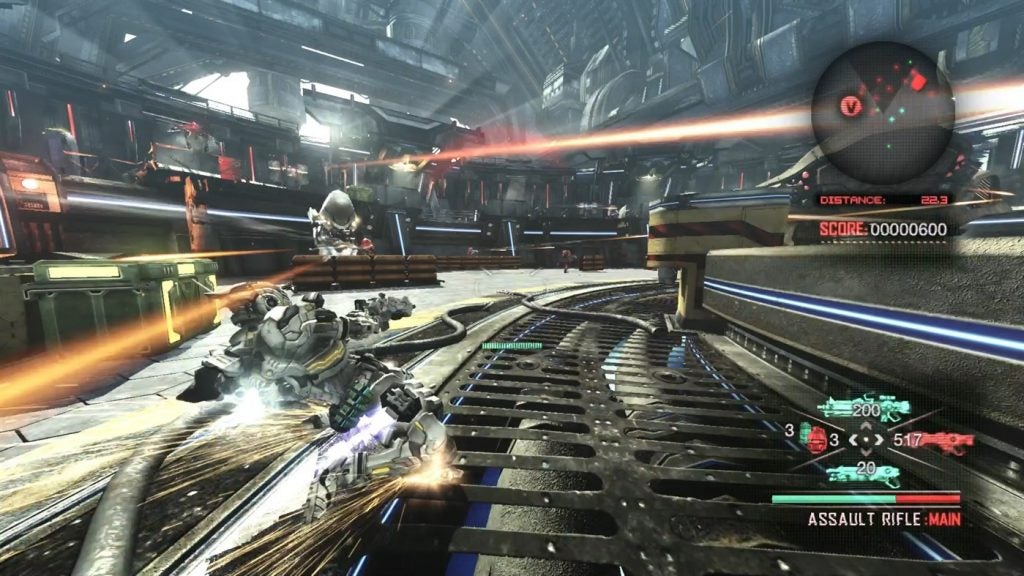 It supersedes the need for cover, confidently thrusting a middle finger up towards its contemporaries at the time. It showed that Japanese developers weren’t afraid to compete with western giants, arguably beating them at their own game. The plot is stupid yet simple. A rogue military force known as The Order of the Russian Star has commandeered a solar energy transmitter aboard a intergalactic colony to wipe San Fransisco off the map, and it’s your job to venture into space and stop him.

Characters spew forth corny lines pulled straight from Aliens and Starship Troopers, fully aware of the overall narrative’s rampant absurdity. It’s brilliant, executed with such a style that it’s surprisingly easy to take seriously. If you’re like me, you’ll be punching the air with pompous glee as Gideon kicks the head off a giant robot before punching a hole in his chest. Blink and you’ll miss them quick-time events that result in death can be irritating, one of the few signs of age Vanquish happens to show.

Otherwise, the combat is exquisite. Every firefight offers rampant room for experimentation, with weapons ranging from standard assault rifles to futuristic lasers that lock onto multiple baddies from afar. You’ll see Sam’s entire arsenal in the opening hour or so, meaning the rest of the game is spent mastering it. Darting from cover, sliding towards a robot and launching them across the stage with a swift uppercut is always satisfying, although death can come quickly if you’re careless. 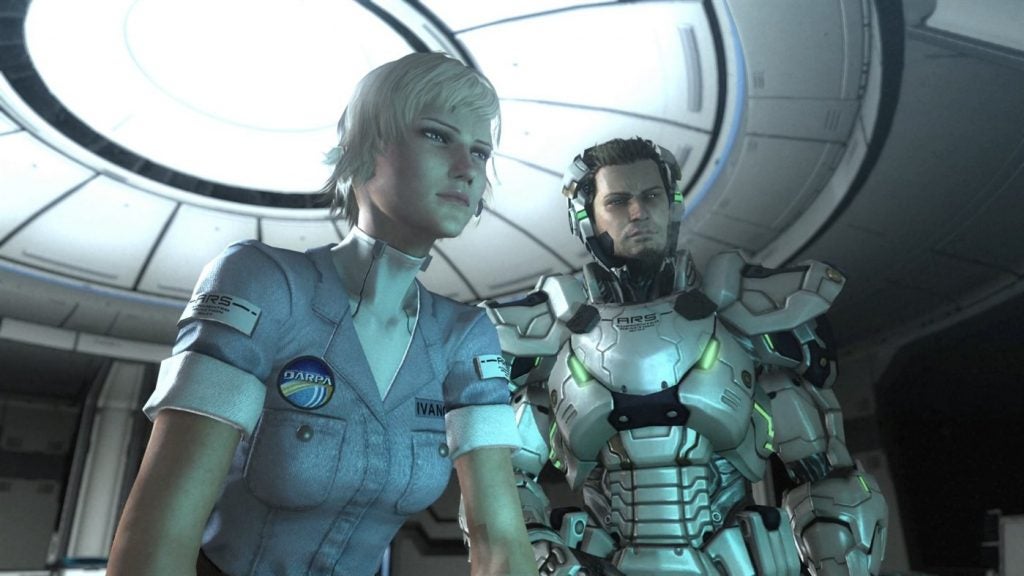 Vanquish is bittersweet, leaving me desperate for more as the credits rolled, but the journey is so, so worth it. It’s a bombastic rollercoaster that rarely gives you a moment to breathe, holding you with grip of a futuristic mech and never letting go. Aside from the campaign you can partake in some optional challenges to earn trophies, but these are fun distractions rather than essential. Much like Bayonetta, there’s a lot of replay value in the flexibility of combat encounter alone.

One of my only major qualms with this collection is the lack of worthwhile extras. It’s fairly barebones, presenting both games as individual applications without much in between. Unlockable concept art, trailers or even a soundtrack player would have gone a long way in praising the legacy of Platinum’s finest, but it sadly wasn’t meant to be.

For a reasonable price you can own Bayonetta and Vanquish – two of the greatest action games ever made, and they’ve aged like a fine Japanese wine, proving exactly why PlatinumGames is the best in the business when it comes to character-driven action experiences.