Battlefield 1 was my favourite shooter of 2016. It offered a mature handling of The Great War through amazingly engaging War Stories, and the best war multiplayer experience I’ve seen to date. But up against the shedload of stellar titles that arrived in the last few months, I hadn’t found myself playing much Battlefield 1 of late. It’s telling, then, that They Shall Not Pass will probably draw me back in. For players who have stuck around, there’s some excellent content here to enjoy – if for a minor misstep and one glaring omission.

They Shall Not Pass focuses on the involvement of the French army and the conflicts which took place in France during World War 1. The pack comes with four new maps: Verdun Heights, Soissons, Fort de Vaux and Rupture. There are also six new firearms, four new melee weapons and the inclusion of the French Republic armed forces.

The first map I jump into is Verdun Heights, which is both a blessing and a curse, as it’s the peak of the pack and arguably the best map in all of Battlefield 1. This is DICE at its finest, showing its continued brilliance with level design. It gives players an almost subconscious understanding and respect for trench warfare thanks to the layout of this hillside terrain.

Verdun Heights is set amidst the embers of a burning forest fire. Flames rise among the trees in the distance, with smoke pluming high and blacking out the sky. It’s a breathtaking map, both figuratively and literally. Conflicts often result in one team being higher on the hill than the other, and this offset creates intensely tactical conflict.

One of the two new multiplayer Operations – Devil’s Anvil – includes Verdun Heights. This had my team (the French Republic – another new addition) defending multiple series of checkpoints as we retreated deeper and deeper into the forest. We had just been forced to flee the opening village thanks to our opponent’s overwhelming onslaught.

Trenches are weaved into the hills to allow soldiers to advance without sticking their head above ground and becoming easy targets. In most shooters I tend to be too gung-ho, running around maps like a headless chicken, but Verdun Heights made me more aware of the risks of this approach.

Running up the hill in retreat, I stuck to the trenches, watching soldiers who took the more direct route get chased and picked off by Germans. When I had the high ground, I saw how easy it was to kill soldiers out of the trenches, and played World War whack-a-mole. Each of the four maps in They Shall Not Pass makes use of trenches, but Verdun Heights pulls it off with the greatest aplomb. 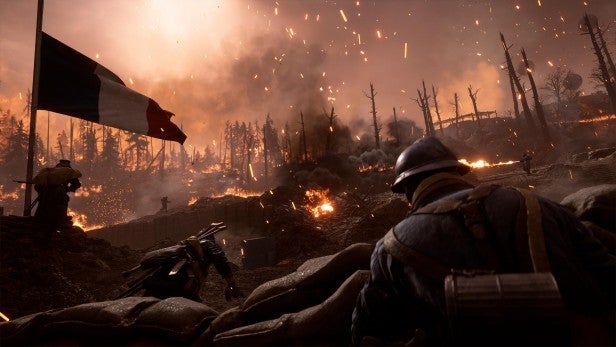 The next map I jump into is Fort de Vaux. It feels reminiscent of other Fort maps from previous BF games, like BF4’s Fort Metro. Offering very tight enclosed rooms within the fort itself, there are plenty of choke points to wreak havoc with grenades, and for some players to take advantage of the nooks and crannies the enemies miss. I found one such corner hidden behind a giant iron door. Exploiting the enemy’s temporary blindness as they rushed through the smoke of their own incendiary grenades, I was able to pick off an entire squad as they attempted to move in and capture one of the points.

There are plenty of little rooms which excellently set up these small, manic conflicts, making it one of the faster-paced maps of the bunch.

Soissons is a huge open expanse full of open, flat field and a giant palace placed to the south. Considering the big focus on trench warfare, the inclusion of a map with such large areas of flat farmland feels strange, and makes running around the place feels a little limited. That is, unless you’re feeling particularly daring and are willing to become an incredibly easy target across several hundred yards. Its smaller village sections will feel familiar to BF1 players, but not much else stands out about this map.

Rupture fares better than Soissons, but is not in the same league as Fort de Vaux and Verdun Heights. It has a similar aesthetic to Soissons, but with far more liberal use of trenches and cover, making it feel achievable to advance without at least half of your team being picked off en route. Excuse my French. 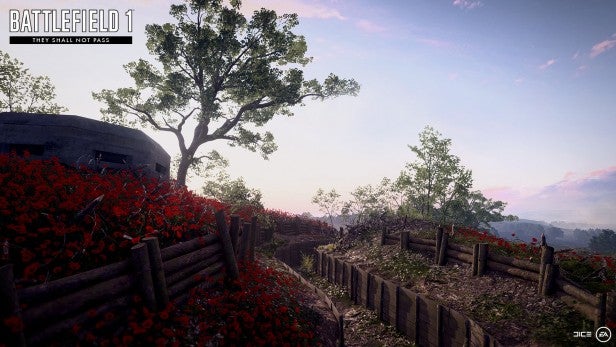 There are also six new weapons. The biggest compliment I can pay them is that I now have a new personal favourite gun, but no new addition is particularly remarkable. Granted, in a game with such a variety of firearms, grenades and melee weapons, a small handful of new additions with significant impact would negatively affect game balance. It’s definitely a good thing that the new weapons sit well among the roster without players flocking to any one in particular.

I did develop a particular fondness for the Chauchat, which packs a hell of a punch in its 20-round clip. Most enemies can be killed with a maximum of five bullets, but its slow rate of fire and lack of control means this power comes at a compromise. I did have a lot of success with it across small to large maps, and it also has a really satisfying curved ammo clip, which makes it look really cool.

While there’s a lot I like about They Shall Not Pass, its new mode – Frontlines – is my least favourite, mainly because the game’s outcome feels decided after a few minutes.

A problem I’ve had with Battlefield multiplayer is its very momentum-based. When one team has the upper hand, this momentum can almost feel irresistable for the opposing team, making matches feel redundant long before the final whistle. The Frontlines mode exacerbates this problem, stripping the fun out of much from the match.

Frontlines looks to combine the Conquest and Rush game modes, with five objectives placed on a linear path, and players must battle to “push” the enemy back and capture all five in sequence. The idea is to create a push-pull fight of attack and counter-attack, but it simply doesn’t work because of the size of the maps. Let’s say my team is attacking from A to E, the enemy from E to A, and we’re fighting for C. If the enemy gets the point, my team’s hasty retreat back to B immediately leaves the enemy at an advantage. They’re already pushing, as well as running beside us to the next objective, so there’s no time for us to set up our defences. Once on the back foot, it feels too difficult to regain the initiative. 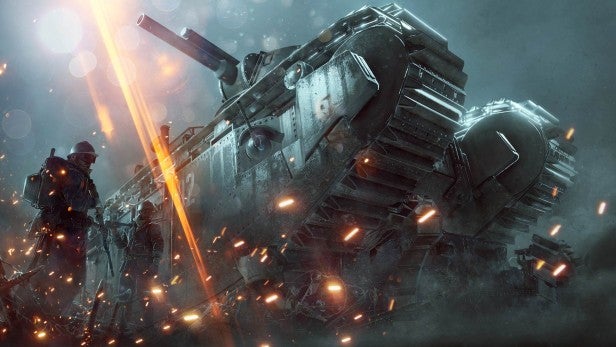 While Frontlines is an inclusion I’m not a fan of, I’m even more disappointed by one particular omission from DICE: the lack of any new single-player War Stories. Battlefield 1’s single player was arguably the best campaign since Modern Warfare in a war shooter, and it’s a huge shame that DICE has neglected the opportunity to make more of them. After speaking to the developers, it doesn’t sound like we can expect War Stories to arrive in any future DLC, either.

If that’s the case, I really hope DICE takes this approach to its campaigns in future titles, at the very least.

Playing They Shall Not Pass made me immediately want to get back into Battlefield 1. It’s an excellent collection of maps that continues to show off DICE’s incredible ability to finely craft well-thought-through maps that allow for amazing moments.

However, the addition of Frontlines feels like it plays to Battlefield’s weaknesses, and the lack of even one War Story is a huge disappointment.

The focus on trench warfare is pulled off in style, and has me excited for what the team has in store for subsequent DLC launches.