It hasn’t been the best of starts. As anyone who tried to jump into Battalion 1944 at launch will attest, the experience of finding and joining a game was nothing short of awful – a fiesta of endless waits and error messages leading to the occasional game but, more often, nothing.

I’m not sure we’re out of the woods just yet, with failures to join games and client crashes still happening a little too frequently. But after a long, rough weekend for the plucky team at Bulkhead Interactive, you can finally play its back-to-basics WWII shooter. If you hanker after a certain era of FPS games, that might not be a bad idea.

You see, Battalion 1944 is a game purpose-built for those who feel that the modern competitive FPS has lost its way. They’re looking for a return to old-school values – specifically the values of Call of Duty 2, 3 and World at War, with a touch of Counter-Strike and Day of Defeat.

Sure, we’ve gone back to World War II with the last Call of Duty, but did it really feel like the classics, or like another slower-paced, cinematic action game with stunning visuals? Did it have those same old levels of twitch and snap?

Battalion 1944 is gunning for that feel, while stripping away the layers of metagame and content that have accumulated over the past decade. It has levelling, unlocks and a progression system, but they’re so far from the forefront that I’m still not quite sure how they work. Beyond basic loadouts, your choice of class makes no real difference, and there are no characters, unique capabilities or back stories to be seen. 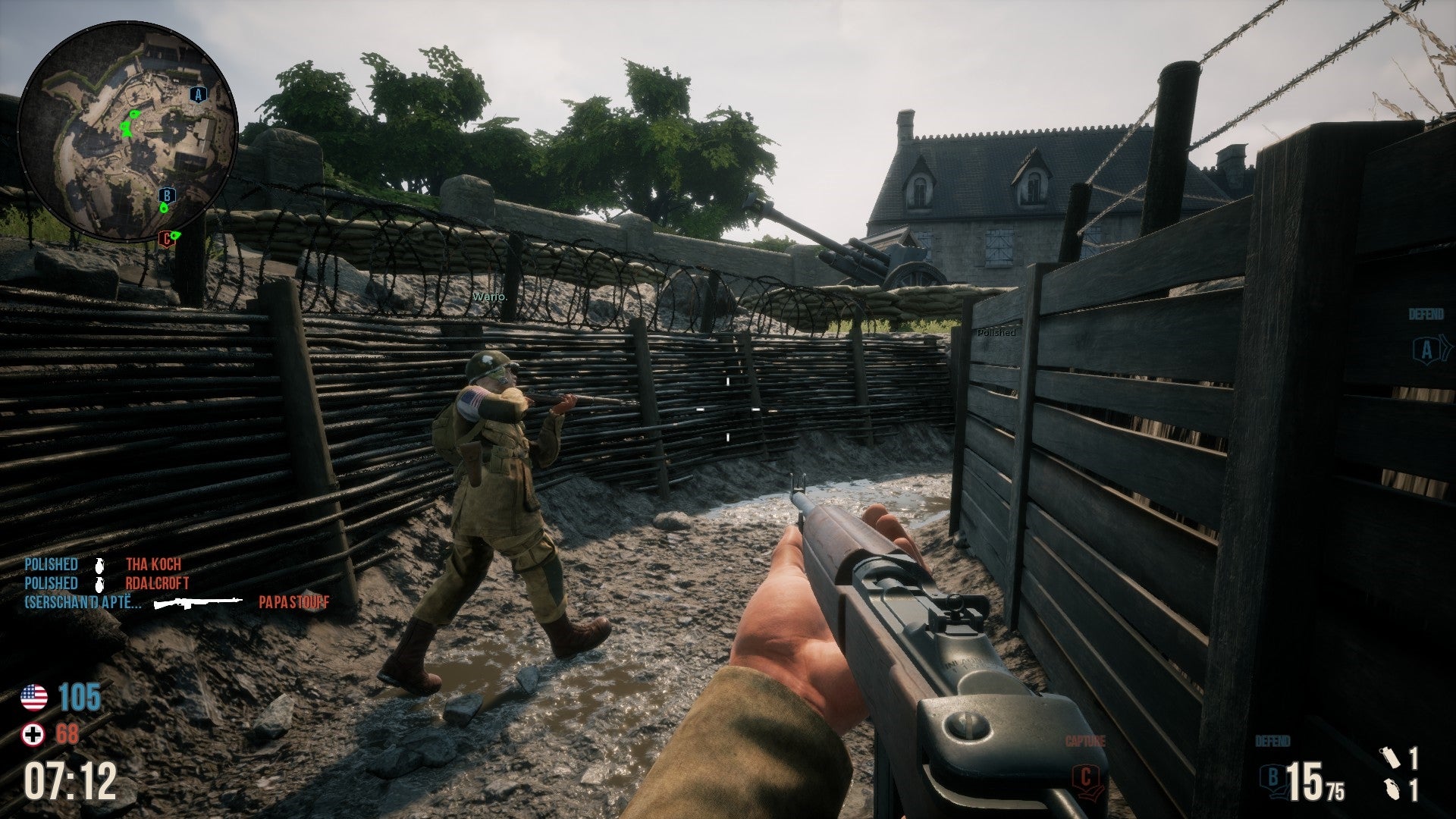 The match types couldn’t be more conservative, with one mode that’s a spin on the Counter-Strike/Search and Destroy bomb arm and defuse scenario, and another that cycles between team deathmatch, capture the flag and checkpoint domination games. At times, Batallion 1944 feels like the gaming equivalent of your classic retro rock band. If the old ones are the best, why not go back and recreate them? It’s effectively an early Call of Duty tribute act.

The visuals have been brought up to date with high-res assets and the Unreal 4.0 engine, but the scenery strikes a balance between atmospheric period detail and the clean lines and clutter-free spaces that make sudden motion stand out.

The audio is less about distracting bombast; more about helping you position nearby footsteps and work out where and how far away the rattle of machine gun fire might be. I suspect the presentation is stripped back to keep the budget nice and low, but it also means that there’s never much between you and the actual shooter gameplay. When the servers are playing ball, you’re almost straight into the action.

And while Batallion 1944 is unquestionably derivative, it does exactly what it sets out to do. Times to kill (or times to die) are short by modern shooter standards. The intimate 6v6 maps and the sheer punch of the weapons mean that most encounters are resolved within a few quick bursts of gunfire.

The emphasis is wholly on core skills, map knowledge and strategy. So if you can’t get your eye and aim in, you’ll struggle to notch up many or even any kills. What’s more, it’s a game that sometimes rewards cautious, careful play, while at other times rewarding ingenuity and daring. You learn to move carefully and use covered or interior routes rather than open spaces. Batallion 1944 really isn’t soft on gung-ho heroes or fumbling noobs. 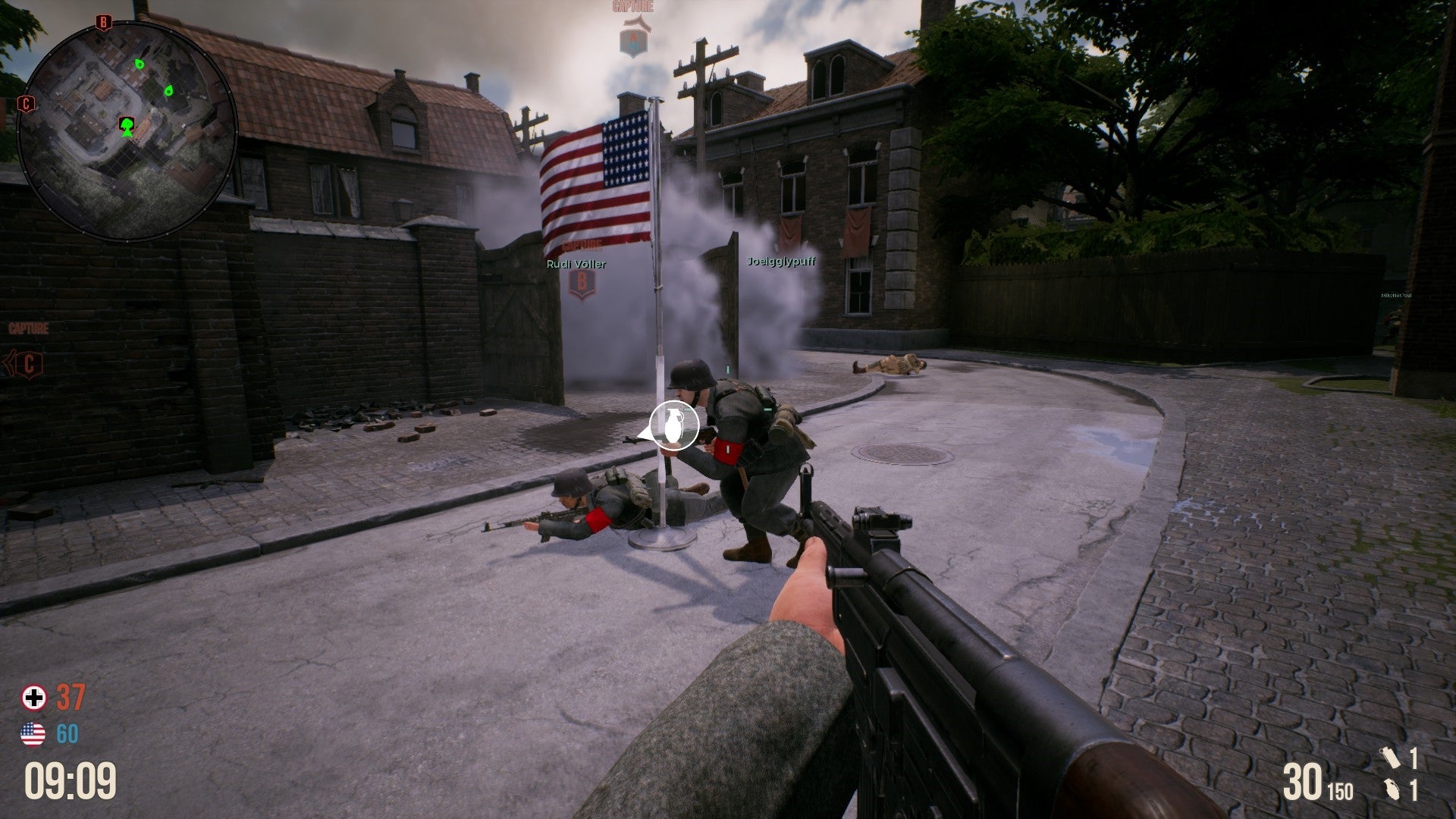 For this reason, I think Battalion 1944 will be divisive; a little more marmite than Call of Duty: World War II. If, like me, your hardcore FPS skills are either rusty or non-existent, you’ll spend a lot of time dying, respawning and dying again. There’s no World War II War-like mode, where you can play a role even if you can’t notch up a lot of kills. Plus, in maps where carbines and sniper rifles dominate, it’s hard to get much of a purchase, let alone start ‘gitting gud’.

Yet the more you play Batallion 1944, the more you get to grips with the feel, the maps and the action. If World War II was about putting boots back on the ground, then Bulkhead’s game is about finding your old boots, slipping them on and finding they still fit just like they used to.

I think Bulkhead has nailed the most important things: the movement and the all-important ‘gun feel’. If you used to spend years sneaking around corners, popping Nazis with an M1 Garand or an MP-40, then everything looks, feels and sounds like you remember it – only a bit sharper and more authentic than it did before.

And while there’s a level of nostalgia involved, the gameplay should still resonate with those for whom last year’s CoD was their first WWII shooter. It’s stripped back, precise and rigorously honed. 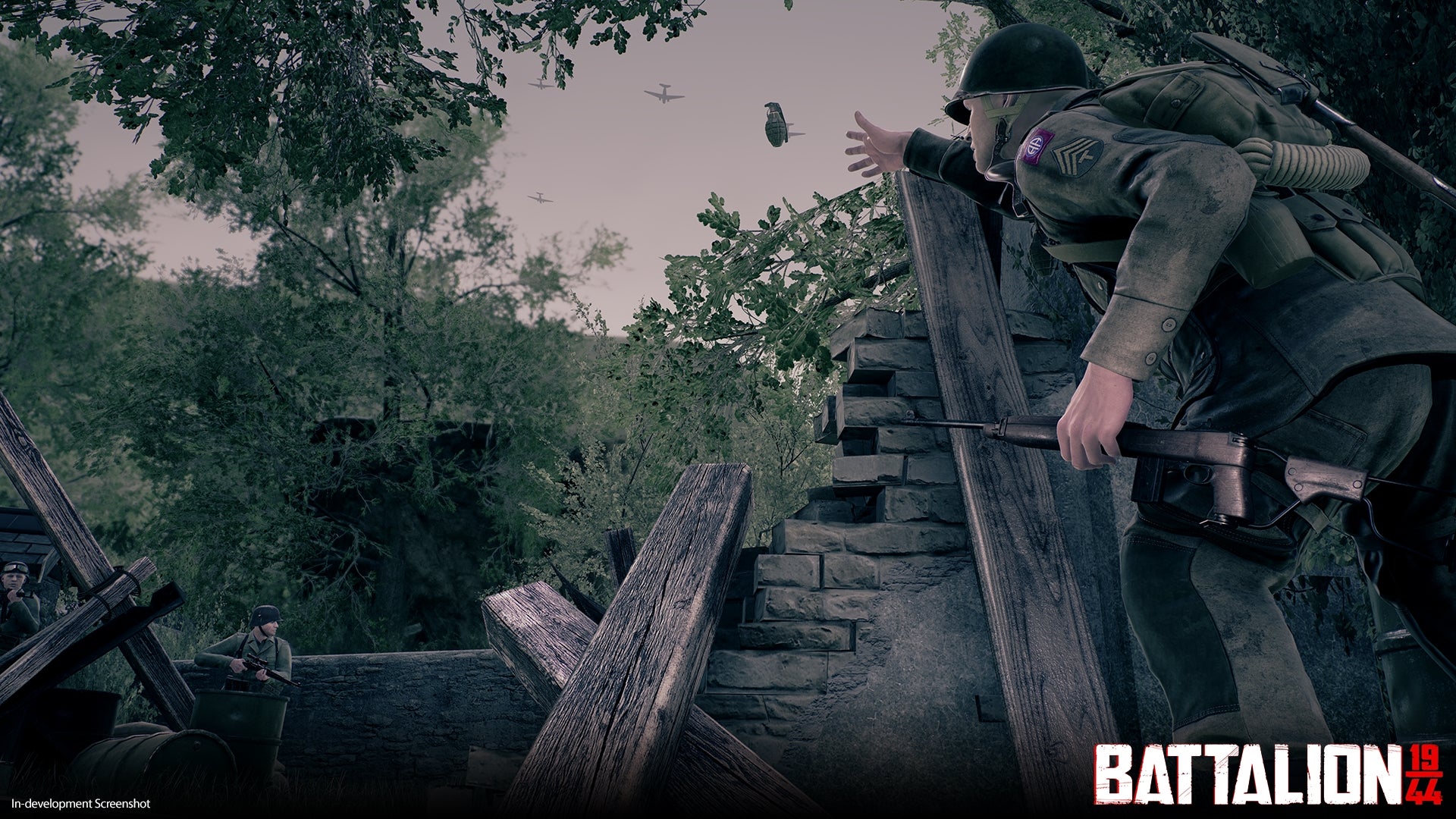 That doesn’t mean there isn’t room for improvement, however. The maps are built to match the gameplay and, at their best, are very distinctive – particularly Coastal (a seaside village in Northern France) and Derailed (a war-ravaged French town). However, there’s perhaps a little too much reliance on encampments and muddy trenches.

Bulkhead might also like to think again about restricting acrobatic strafe-jumping and dolphin-diving moves, since these not only look ridiculous but prove incredibly annoying. True, you can’t blame a player for using their full range of skills, but can anyone really aim with perfect accuracy with a rifle while leaping sideways through the air or hurling themselves towards the ground?

Battalion 1944 sets out to grab its own niche audience, and I wouldn’t be surprised if it did. It’s never going to win over the Overwatch crowd or pull the numbers of Battlefield or Call of Duty. However, I can see it pulling in a hardcore fanbase of more skill-focused players, looking to battle others with the same mindset.

I’m not sure I have the talent, time or determination to join their number – but if you’re looking for a tough, fiercely fought brand of old-school warfare, sign on up.