Telltale’s third instalment in its episodic Batman franchise, entitled ‘New World Order’, is very smart. While you’re not actually in control of any real outcomes, and consequences are, more or less, already predetermined, this is the developer reminding you that its formula can still be very compelling.

Playing off numerous events that have happened over the last couple of months, Episode 3 begins to unravel what you may have expected from the series so far and put you in a position where you can’t possibly succeed. Therein lies the point, however. The Telltale rollercoaster of witnessing a chain of events unfold before you because you happened to make one misstep is as gut-wrenching as it it joyous.

It’s executed even better where Batman is involved because of how unique the studio’s mindset is towards both The Dark Knight and the cast of characters around him. None really act like you may expect, and New World Order pushes that idea even harder still. Friends start to clash, too, so be ready to choose a side and then instantly regret your decision. By the end, expect to feel rather isolated and alone. 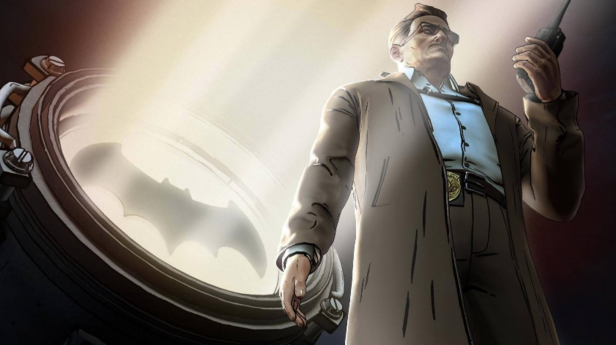 The fact that this is mostly all smoke and mirrors is a shame. You certainly get that rush when having to make these split decisions on the fly, but before you get to the end of the episode it’s clear there wasn’t that much room for maneuver. This isn’t so bad, especially if you’re familiar with Telltale’s work, but Episode 3 does brush over some choices you’ve made that at the time seemed like life and death.

This is also the worry when it comes to episodic gaming such as this. A moment that seems so important soon becomes irrelevant, taking away a certain something in the process.

With that said, matters such as this are for the most part trivial because you’re mainly going to be playing this for its narrative which really continues to improve as the months go by. Always pitched as more of a Bruce Wayne story than a Batman one, it’s a delight to see such thought and depth put into the billionaire’s character and watch as that then carries across when he’s in a rubber suit.

It’s clear Telltale wants you to see a more humanistic side to Wayne, even when he’s Batman, and that’s where this series is able to stand on its own two feet. It’s painted a very clear version of DC’s finest creation, and so far is making that its own. At times you even see the two merging and it’s fascinating to see the knock on effect that can have. Bruce is not a well man and, on occasion, the cracks are worry. 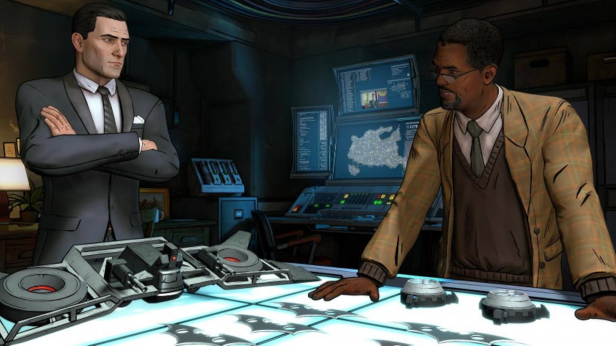 Unfortunately, the game side of things is still flakey. Anytime you’re asked to play detective is a bit of a drag, and while it’s always cool to be Batman, you spend a lot of time just watching him punch people in the face as you await the next quick-time event. It’s not a huge issue because, again, that’s not the appeal here. Telltale wants to immerse you in a world that’s going through motions regardless of your input, but when you have The Caped Crusader at your disposal, it does feel a bit like a missed opportunity.

As do the technical issues that plague Episode 3. An unexpected framerate drop doesn’t hurt too badly – mostly because you’re never really in a situation where it could hamper your progress – but it’s very frustrating, as are the occasional audio glitches that seem more apparent this time around. Again, you won’t be cursing the day you decided to invest because it’s unplayable – it’s perfectly manageable – but that doesn’t stop it from eventually starting to grind away.

Luckily there’s other attributes to make up for that, the great performances and voice acting especially. They’re not overly better in Episode 3, but it’s evident that as each character gets more established, they also become more well-realised. It’s a bit like an excellent picture book that you occasionally poke to trigger the next scene. You’re utterly engrossed because of what it’s doing, even if you’re not doing much.

As usual going into too much detail here would be unfair to those yet to play it, but New World Order certainly goes out of its way to build to the next installment where you’d imagine a significant shift is coming. As before, if Telltale pull that off then all of a sudden Episode 3 feels like a much bigger deal. Before then it’s hard to know exactly how the many threads will play out. 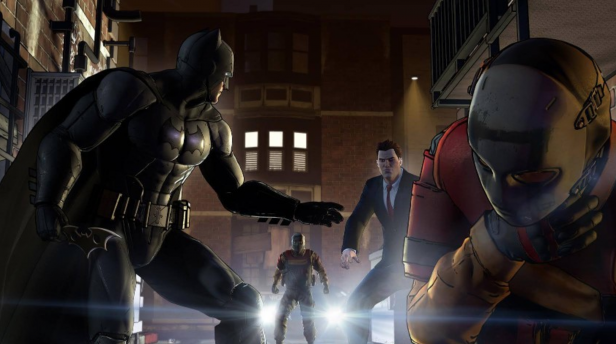 Even way, though, Batman: A Telltale Series remains a very strong offering from the masters of interactive storytelling and the arch they’re creating with Batman could very well be one we talk about for some time to come. It may not hit the heights of The Walking Dead in terms of how that license was adapted to this template, but it has every chance of coming very close.

A few more twists, turns and surprises at the right time is all it needs, along with a bit more thought when you’re put in the shoes of The Bat. So far Telltale has just rinsed and repeat from Episode 1. It needs to evolve.

These are minor gripes, mind, and the franchise continues to show signs of only improving as the months go on. Let’s hope Episode 4 doesn’t let us down…

Episode 3 of Telltale’s Batman series is another solid entry, and continues to lay plenty of groundwork for later down the line. A bit more of anything when it comes to actually being The Dark Knight would be nice, mind…