When Batman: The Telltale Series Episode 3 came to a close, it seemed as if it was setting up Episode 4 to be a crucial entry for the story. After all, numerous seeds had been planted, and while there was no pay-off, the fact that some kind of resolution was coming meant all was well. Unfortunately, that’s not what’s transpired and, because of that, Guardian Of Gotham doesn’t hit the heights it hinted it could (and should) have.

Oddly enough, this isn’t the case during the opening few minutes. Playing off what had happened previously, Telltale goes all-in with the tension, making it seem like Bruce Wayne’s foundations are about to come crashing down. And then… nothing. 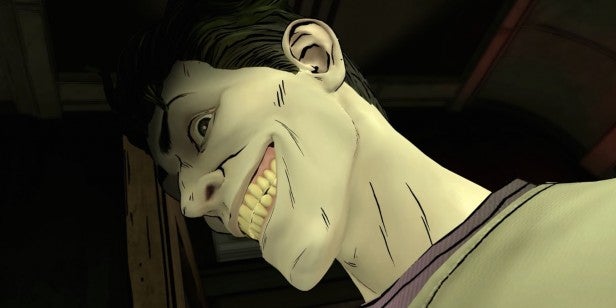 As soon as this rollercoaster ride is over, Episode 4 fails to really make its mark on the series, instead opting to – once again – tease what’s coming down the line. This would have been fine if Episode 3 hadn’t done exactly the same thing, so getting to the end and realising events have still yet to kick off is a tad disappointing.

Thankfully, the developer has become so good at making you question where all this is headed, it’s hard not to be excited about where the story’s going. It’s imperative it does pull the trigger eventually – there’s only so much anticipation one can take before just giving up – but as long as it’s a satisfying conclusion, I doubt many will care it took so long.

Guardian Of Gotham also continues to do a fantastic job in portraying both Batman and Bruce Wayne as anything but traditional heroes. The former in particular has his reputation called into question given what the public perception of The Dark Knight is. While he’s a force for good, the citizens of Gotham are intimidated by the ‘aggressive vigilante’ image people have been keen to paint.

This is especially true where children are concerned, and Telltale holds little back in letting that play out through Episode 4. After saving a young boy, it’s obvious that the youth is scared of Batman: general perception is that the Caped Crusader is responsible for the ever-increasing levels of violence in the city. It’s an interesting twist and adds tremendous depth. 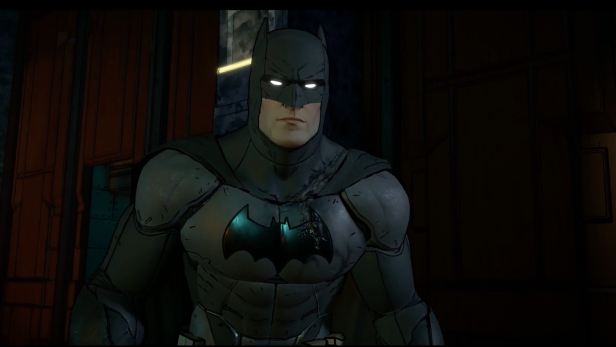 The same goes for Bruce Wayne. Instead of being the stand-up billionaire who’s single-handedly rebuilding an empire, Gotham has started to blame him for the corruption that’s clearly polluting their streets. The fact that Batman and his alter ego are actually seen as a force of evil has always been toyed around with in DC lore – even Christopher Nolan’s films touched on the idea of escalation – but Telltale attacks it far more aggressively here and it works.

Unfortunately, there’s still plenty to be baffled about – namely, the introduction of The Joker. Whereas other famous faces continue to be revealed and slotted into proceedings in a unique and captivating way, the most well-known villain seems to arrive simply because it was about time he showed up. I would have been fine with not seeing him at all in the first series – Telltale could have used him as the centrepiece of whatever it does next – so to have the clown prince debut in this way is slightly confusing.

As are the ongoing technical issues that continue to plague the game. It remains a lottery whether you experience these or not, but I frequently found the audio disappearing entirely and the frame rate struggling. Neither impacts things to any great degree, but it’s still frustrating to watch Batman beat the hell out of someone in silence. If nothing else, it makes the man look really stupid.

Episode 4 also brings back the detective sequences, although they’re far less apparent this time around. Whether that’s due to fan feedback, I don’t know, but they remain a low point. You’re still not asked to do all that much, and you’ll want them to be over and done with almost as soon as they begin. I understand that focusing on the ‘World’s Greatest Detective’ angle is important to the character, but these segments do not make me feel like the world’s greatest detective. They make me feel like I’m going through motions in order to get to whatever’s next. 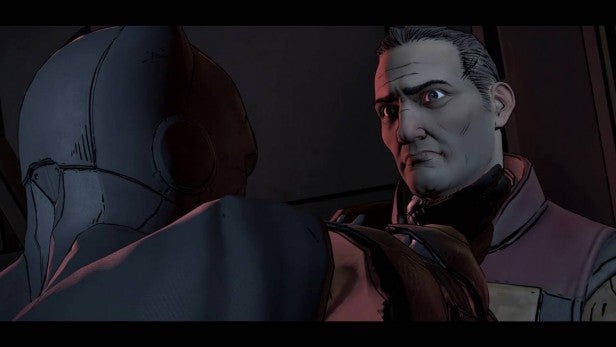 Still, the latest in Telltale’s Batman series has done enough to justify itself in context, but is also the worst entry so far. Much like before, this could change if episodes five and six drastically take advantage of what’s been implied here – and ensure there’s a significant outcome – but that doesn’t make it easier when we’re waiting weeks at a time for it.

A careful step forward, then, but one that’s entertaining enough to keep things on track. Let’s just hope the madness finally rains down from here on out, though…

Verdict
Episode 4 of Batman’s Telltale series continues to tell a good story, but the lack of progression and pay-off does hamper it quite significantly.