Below is a review of Batman Episode 5 – City of Light. You can check all our other pages for reviews of previous episodes in the series.

Batman: The Telltale Series Episode 5 – City Of Light is a touch disappointing. While the developer does wrap up plenty of its long-running threads to a satisfying degree, there are other areas where an eyebrow will be raised as you try to work out what the intention was. In short, it isn’t the most balanced entry of the series.

The real issue is how Telltale has chosen to treat some of its choices. Episode 4 was aggressive in pointing you towards certain paths that threatened huge ramifications. As a result of this, they carried terrific weight and made you care about what was taking place. Unfortunately, as these narratives are resolved, you soon realise there’s a lot of smoke and mirrors at play behind the scenes.

Serious twists unravel far too easily – even if you make a decision that seemed destined for disaster. When all is said and done, much of the emotion has been lost. It’s hard to still care when you come to the realisation that no matter the decision you took, things were ultimately going to be alright. It drastically diminishes the impact. 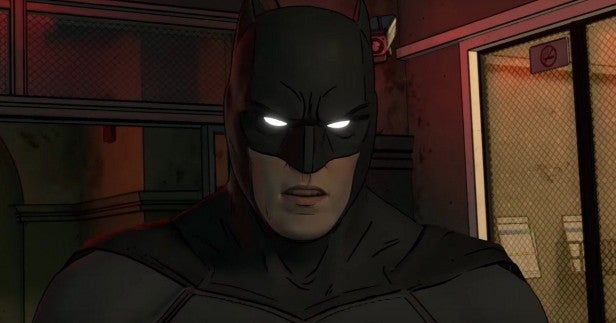 There have also been some strange decisions regarding which characters make an appearance. The developer deserves a huge amount of praise for its treatment of villains, making them feel like real people with huge flaws – as opposed to caricatured bad guys. However, for some reason, some still pop up in Episode 5, even though their story has been concluded in a previous entry.

I don’t need to see every familiar face just to tick a box, and when this happens, it completely jars with other areas of the plot. Batman has no need to be wasting his time on such pointless distractions.

The ending, too, raises a few issues. Utterly out of context with what has come before, it appears to exist mainly to justify a second season – whenever that may be. It isn’t awful, and is sure to get some excited given it hints at who the main antagonist will be. But once again, it doesn’t gel with the current vibe at all. Sure you want to leave your audience craving more, but it has to connect with the foundations you’ve already put in place. That isn’t the case here.

With all that said, there are some terrific highlights in Episode 5 – particularly one involving Vicki Vale, which underlines how well Telltale understands DC’s creation. It also serves to develop Bruce Wayne further, and put to bed certain demons he’d been struggling with from the start of the series.

The fact these are unique to this interpretation of Batman is better still – not only does it give him the platform to move forward, but it also provides you with a better understanding of his motivations.

The decision to treat Bruce with as much importance as The Caped Crusader – if not more so – was absolutely the right one to make, and when the end credits roll he’s become a very interesting and layered character. This isn’t easy to pull off, but Telltale has done it admirably.

Check out the trailer for Batman: Episode 5:

It’s the same for characters such as Jim Gordon and Alfred, too. Now the series has come to an end, it’s easier to see how Bruce’s relationship with them has changed, and there’s enough curiosity here to encourage another go-around to see how much you can affect them.

But my worry would be that the answer is actually “not much”, given other areas that fail to capitalise in similar circumstances, but the intrigue is there. That’s solely down to the connection Telltale has created and pulled off. It’s a credit to all involved that it does have this much sway.

While you may be letdown on occasion, to say you wouldn’t be satisfied with how the series concludes would be unfair. Questions are answered and resolution is achieved. It’s just a shame that it didn’t deliver a bit more of a bang.

In addition, City Of Light’s detective missions remain as bland as they have been for much of the series. Quickly becoming a very tedious game of connect the dots, you’re always a step ahead of Batman, just waiting for him to cotton on to what you already know.

In fact, you could replicate the concept with quick-time events it’s so by the numbers, and it really is a mechanic that Telltale could do away with next time. Failing that, at least switch it up so it actually seems like you’re uncovering the truth, rather than going through the motions. 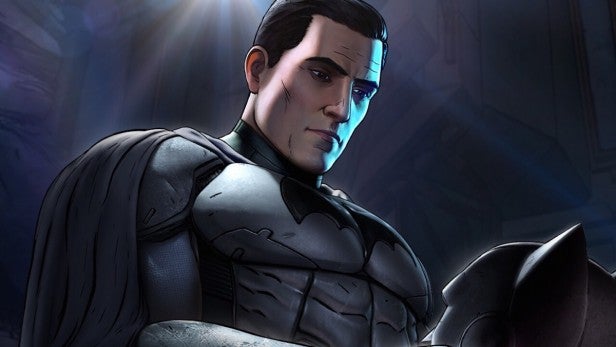 Thankfully, other past faults aren’t nearly as obvious. I didn’t experience any audio or graphical hitches this time around, which is always a nice bonus. Admittedly, such occurrences didn’t hamper proceedings too much before, but a more polished final product is always appreciated.

Batman: The Telltale Series is a very good example of the developer’s USP, but there’s a nagging feeling that it could have been so much more. That truly huge reveal – which seemed inevitable in earlier episodes – never materialises, and because of that the story as a whole falls a little flat.

There are standout moments, of course, and again this is a very interesting version of Bruce Wayne, but with season 2 there will be an opportunity to craft something far better.

All-in-all, this is a decent series – but it certainly isn’t one of Telltale’s best.

Telltale wraps up its Batman story in mediocre fashion, but the series as a whole is still worth your time if you consider yourself a Dark Knight fan.